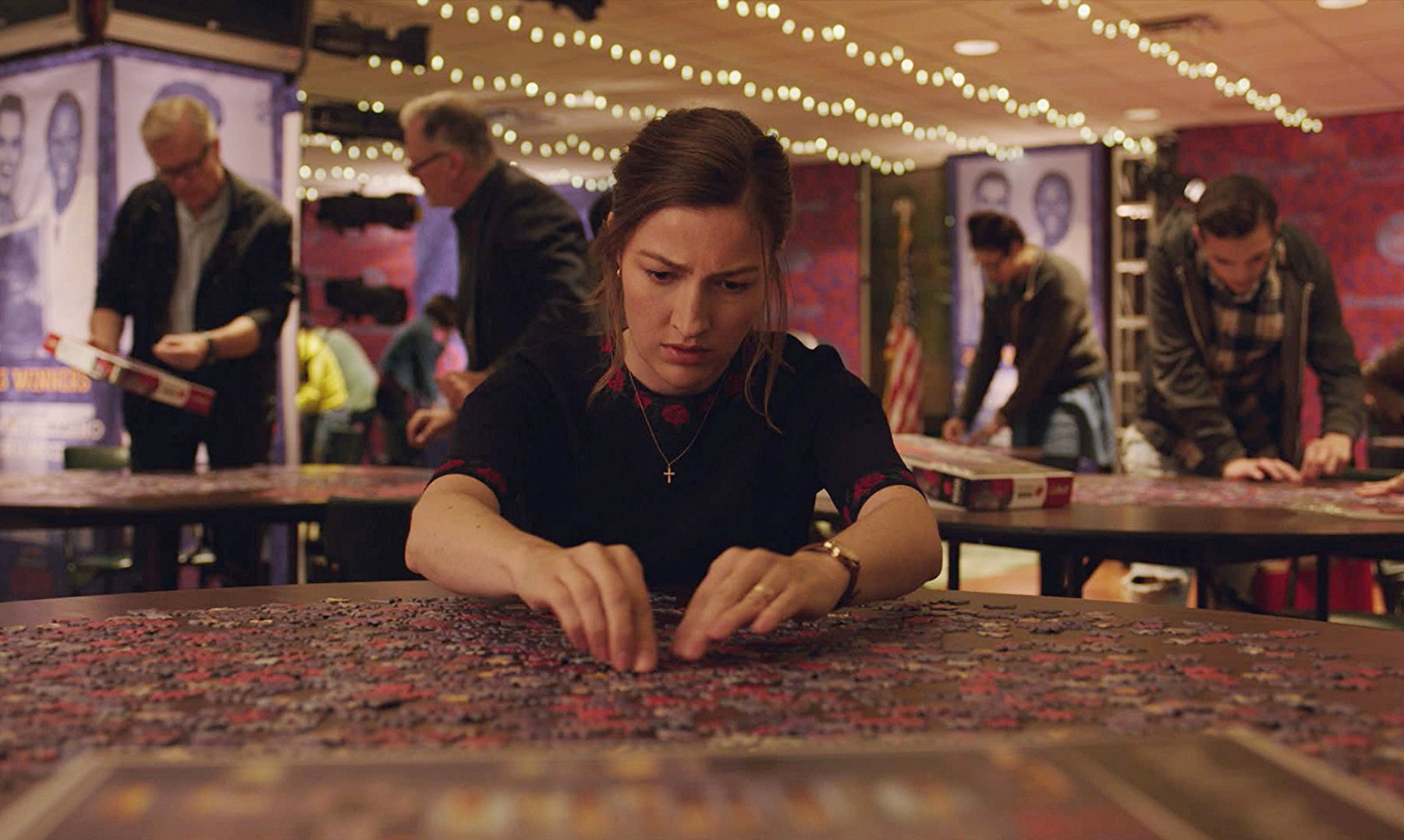 I occasionally try to finish puzzles on the ferry to Orcas Island, but I never knew there was a world of competitive puzzling. Marc Turtletaub (producer of Little Miss Sunshine, Safety Not Guaranteed, and Loving) wonderfully directs this sweet journey of a woman who discovers her uncanny knack for puzzles and has an awakening to pursue a more extraordinary life beyond the confines of her ordinary family. Kelly Macdonald (Boardwalk Empire, Trainspotting) is pitch-perfect as Agnes, and Bollywood star Irrfan Khan makes a great puzzle partner and protagonist to open Agnes’s mind and heart to explore her dreams and desires. Midlife crisis stories have so rarely focused on a woman character, and Macdonald refreshingly illuminates Agnes’s spirit as she discovers how to live, love, and make her own path for the future. (CARL SPENCE)

Assembling a jigsaw puzzle is an activity most people do only when there is absolutely nothing better to do. In Marc Turtletaub’s latest film, the jigsaw is the unlikely catalyst to a middle-aged woman’s awakening to new passions in her colorless domestic world. The heroine, Agnes (Kelly Macdonald, TRAINSPOTTING, NO COUNTRY FOR OLD MEN), is first seen performing all the chores in her Connecticut household, including preparing the meal, baking a cake, serving the guests, and doing all the dishes afterward for a birthday party that, we only realize later, was in her honor. One of the gifts, however, is a 1,000-piece jigsaw puzzle, which, to her astonishment, she completes—twice—in just a few hours. Feeling the need to explore this latent talent, she spots an ad from a “puzzle champion” in need of a worthy partner. That’s how Agnes meets Robert (Irrfan Khan, THE LUNCHBOX), a recently divorced man who shares her temperament and gift for spatial relations. Although Agnes still loves her sweet-but-mostly-clueless husband (David Denman, “The Office”), she finds herself inexorably drawn to her fellow puzzle master. But how far will it go? Based on the 2009 Argentine film ROMPECABEZAS, by Natalia Smirnoff, PUZZLE manages to mine drama, emotion, and inspiration from the dullest of pastimes, proving that it’s never too late to find the missing pieces in one’s life.
Buy Tickets