The We Love Megan Seling Coalition 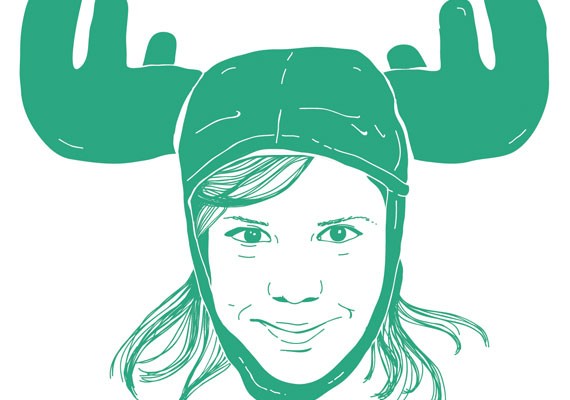 • Megan Seling—cupcake genius, hockey fanatic, pop-punk expert, and all-around amazing person—is leaving The Stranger after 13 years of awesomeness and moving to Nashville. Oh, how we will miss her!

• While you probably know her music writing, Megan Seling has also been fucking awesome at covering the Seattle sugar beat. In The Stranger’s chow section, she’s written hilarious, informative, poignant pieces about our city’s insane proliferation of cupcakes, what our state candy should be (hint: NOT Aplets & Cotlets), the greatness of milkshakes, and much, much more. She also wrote a brilliant cookbook of things-baked-inside-other-things (see bakeitinacake.com). Her farewell to Seattle food is here. (Cry!)

• Speaking of baking and crying, one of our all-time favorite Megan Seling pieces was “The Long Winter,” a riveting piece about the time she attempted to bake 106 different kinds of Martha Stewart holiday cookies in two months.

• Megan Seling is also a skilled reviewer of children’s movies! We love her ability to hilariously call out the bullshit that is shown to kids, while helpfully noting the films that are appropriate for “7-year-olds with the memory of a goldfish.”

• Anna Minard will miss the cupcakes—JESUS, THE CUPCAKES!—even though that time she was on a juice fast, Megan Seling e-mailed the whole office with a list of three different cupcake flavors for everyone to try and ended the e-mail with “I even brought my culinary torch for the brûlée!” Really.

• Emily Nokes will miss her weekly e-mails to Megan Seling asking her, again (and again), “How to do that one thing on the blog that only you know how to do, I promise I’ll write it down or something this time!”

• Christopher Frizzelle will miss Megan Seling giving him a hard time about how boring Belle & Sebastian are.

• Dave Segal’s favorite Megan Seling piece is “The Seven Songs I Will Miss the Most (Now That I’m No Longer a Brokenhearted and Depressed Mess of a Human)” from 2011, in which she captured extremely well the mixed feelings of witnessing an integral part of your listening history fade into a state of less significance.

• We also adored Megan Seling’s “Pop Punk Puberty” piece about the less-than positive ways her favorite teenage pop-punk bands sang about women. Plus, her subsequent online fight with Ben Weasel himself is one of the greatest takedowns of an idiotic has-been we’ve ever witnessed.

• Dan Savage, when asked to comment for this column, said, “It’s a shame that this Megan is leaving the paper after such a short time. I was looking forward to meeting her.”

Comments 5
Tags: Music
The Stranger depends on your continuing support to provide articles like this one. In return, we pledge our ongoing commitment to truthful, progressive journalism and serving our community. So if you’re able, please consider a small recurring contribution. Thank you—you are appreciated!
CONTRIBUTE NOW