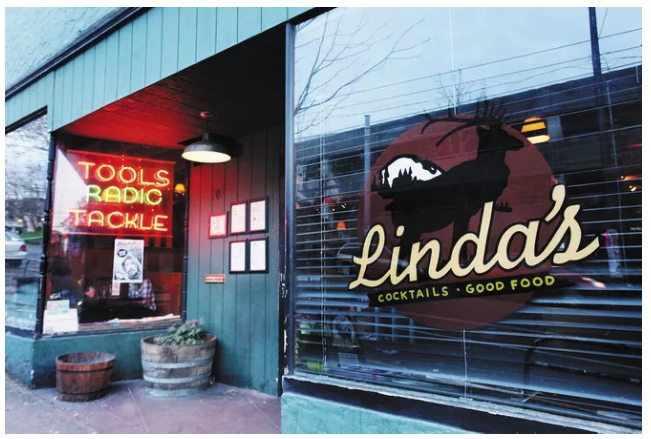 KELLY O
Back to article 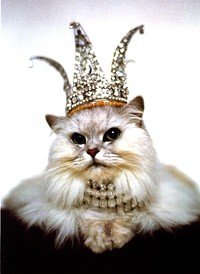 4
@2 - It was called Basic. Here's a Jason Finn quote I didn't have room to include about the store: "Basic was really cool. It was kinda the only place, except for one other place downtown, that you could buy Doc Marten’s, which were a very important fashion item to have in those years. It was right on Broadway, kind of where the 99 Cent store is, just south of Dick’s. It was super cool, punk-rock, new-wave, fashion stuff, which we lacked on Capitol Hill at the time."

And thanks! I love Seattle history too :)
Emily Nokes on February 12, 2014 at 3:38 PM Report this
5
Linda's deserves a lot of credit for fundraising and donating to local non-profits and good causes, they're too modest to even take any credit where credit is due.

The Vera Project has benefited from generous donations and great programs like "A Drink for the Kids" for years now, and Linda's always donates some of the best auction items for the Vera Project's annual gala - which is coming up shortly by the way, don't miss it!

Linda's isn't just a great part of the scene, they pay some of it back and help make sure that there will continue to be a scene as the next generation grows up.
VirtualSoundNW on February 12, 2014 at 4:27 PM Report this
6
I laughed and laughed when I read the part where Poneman and Finn said there weren't many bars on Capitol Hill in the '80s. There were plenty of bars ... just not al lot of *straight* bars.
jackalope on February 12, 2014 at 6:09 PM Report this

7
I was a broke graduate student living 1/2 block away from Linda's when it opened. Prior to that, I used to hang out and play pool at R Place since there weren't any other not-specifically-gay bars in the area except the Comet. I remember thinking "Damn, if I had any money I'd open a hipster bar". Then Linda's came along, and that became our spot.

So many good memories there. One of my favorites was the SIFF after-party for Pedro Almoldovar's The Flower of My Secret, which we kind of crashed. There was a giant pyramid of Hostess Ding Dongs on the pool table. We blazed a J in the corner booth and no one gave a shit. Rossy de Palma and her unbelievable nose showed up wearing a conspicuously glamorous dress.

Yes, within a 2-block radius there was R Place, Neighbors, the Brass Connection, and Tugs on Belmont.
seandr on February 12, 2014 at 10:11 PM Report this
9
Lived across the street from Linda's a bit before it opened, and it was an instant classic. Her store Basic was already a favorite and Broadway was a truly 'amazing' place to be a young creative type back then ....
Forgotton2011 on February 12, 2014 at 10:12 PM Report this

10
6: I think my original comment to Emily was that we at the Comet were one of the only "straight" bars at the time. You can see above where Linda says "Because 20 years ago, you were sort of one or the other. " I think that's a pretty cool way to say it...it wasn't generally (certainly not the Comets') an exclusionary thing, just the natural separatist tendencies of the time. Admittedly it seems silly now; and Linda's (along with the Re-Bar and the Vogue downtown, and later the Cha Cha) was probably front and center in the very organic way that those lines have blurred and mostly disappeared.

8: I was a regular at the original R Space location (next door to the Brass Connection) when they first opened....it was SLOW there, and good tippers got many a free pitcher there (I was slightly underage at the time, and that may have had something to do with it too).

JF
Finnbot3000 on February 12, 2014 at 11:05 PM Report this
11
Linda's was absolutely the Sub Pop clubhouse from the jump. We'd finish work, head up to the hill, and drink cheap beer all night. Any band coming through always got dragged up there, and it was always fun times.

I will always be grateful for the fact that Linda's was my first real DJ gig, which blossomed into lots more. Tons of great memories there, and tons of lost memories there. Truly a Seattle institution at this point. Happy anniversary to all that have made it so.
kerri harrop on February 13, 2014 at 12:22 AM Report this
12
I fully accept the point that @jackalope makes about gay vs."straight" bars in the neighborhood at the time of Linda's opening: True enough!

In fact, the diversity of the neighborhood (and near-neighborhood) was an inspiration to us as we were formulating our wish list for an ideal
location for the bar. @Finnbot3000 articulates the tenor of the times perfectly.

The sorrowful fact is that I just don't get up to that neighborhood nearly enough and my memories have atrophied as a result.

13
@6 - Yes! In these interviews, there were definitely mentions made of R Place and Wild Rose and the like (and entire stories dedicated to what it was like to stop by those places), plus the "not super excited about young people" bars—but Jason's right about the sort of naturally occurring separation factor back then. And those stories were great too, (as were all the other anecdotes that couldn't be included), but alas, I had to cut about 5,000 words from this already-very-big piece and keep it on topic :)
Emily Nokes on February 13, 2014 at 1:51 PM Report this
14
@2 Fashion Disaster. Got my first pair of creepers there in middle school.
ortolan on February 15, 2014 at 12:17 AM Report this
15
I was hella surprised it was the same Linda when I discovered it some way like 10 years ago or so (I've lived in Seattle for 14). Denver and Seattle are so related it's "not even funny". Really, we are.

Broncos getting annihilated notwithstanding. Imagine a goth kid in Linda's creepers and Broncos regalia crying in the late 80's. I didn't cry this time, just turned it off. I'd seen enough Broncos superbowl blowout losses.

19
Boy, I remember when that place opened (as proof- "remember when..." was the graffiti. theme in the men's urinal at the Comet at the time- I guess you had to be there).

Always thought the place was staffed with the rudest people on the hill- not everyone but most employees- from "dead Elvis" the bouncer to the dead eyed creeps running the bar, marked a real change from the more egalitarian vibe of earlier Seattle. If you were not of a type, you were not welcome to work or even drink there.

To us, and we were in our early 20s then, Linda's was- along with the giant teddy hair on Pike and 4th(?)- the early symptoms of Seattle turning in to the self aware hip monster that it became.
The trend of hiring rude rocker hipsters intensified at the Cha Cha and the likes but thankfully this seems to have stopped/ slowed down as Seattle has grown up and gotten over itself a bit.

Yeah, it was a part of Seattle history, but puff pieces are boring. Aim for less of a blow job when writing this type of article and you will find better stories.
Ignatz Mouse on February 15, 2014 at 8:57 PM Report this
20
Texas 10R: Pfft. Just shows what you know.

"'Sup, pop" is how Jason and Bruce always greeted each other in their Olympia days. They thought it would make a great title for their zine, and didn't notice the "Sup" had become "Sub" until it came back from the printer. They've been stuck with the typo ever since.
LMcGuff on February 15, 2014 at 9:05 PM Report this
21
Oh ignatz mouse, I was on the opening crew of Linda's and I would not classify any of that group as dead eyed creeps. We were almost all local people, born and raised here and were an eclectic bunch ranging in age, type, size, gender and anything else you can think of. And we all lived on the hill for a long time before working there and many had been regulars at the comet and other Seattle old school places like Ernie Steele. Everyone was welcome at Linda's; it was very diverse and a great place to work. I'm sorry you didnt have a good time there.
whatevercathy on February 16, 2014 at 12:43 PM Report this

22
#21
Eclectic bunch, yep, it was the most diverse group of young white people I knew.
But, yes, I was friends with some of those folks who worked there (maybe even you), not everyone was terrible.

Look, anyone can have a bad time anywhere. I get that. I just think that that article would have been better if there was a little balance. LInda's had some serious non fans. Hard to imagine why anyone would care now.

You do have to admit that there was a real "too cool" for school vibe in the joint. The bit above about pulling the plug on paid for juke box songs is one of the things the staff did to make those were not hip enough feel unwelcome.
But whatever, who cares. Enjoy your memories, I am sure that you know more than I do.

You have to admit though, that dead Elvis the doorman was a real dick.

Better memory: graffiti in the Comet's restroom, which shows how different Seattle was at the time:
"Jason Finn has $200,000 in the bank."
I think this meant as an insult (after Jason drunkenly bragged about it one night). 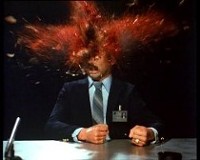 24
This was a fun read. I was a Linda's regular throughout the 90's. Sure it was cool,but that was part of the attraction... I always found it a really friendly place, despite the air of real hipness. Plus there were always cute girls drinking or working.
tharp42 on February 20, 2014 at 5:20 AM Report this