Meanwhile at the Crocodile, Fleck was entranced by up-and-comer Eden Hagos, saying she "significantly funked up her exotic blend of downtempo atmospherics and detuned house. Hagos' set contained some of the more straight-forwardly gorgeous music of this year's Decibel. And it paid off big time: despite being one of the lesser known names, the crowd gave her lots of love throughout the evening." 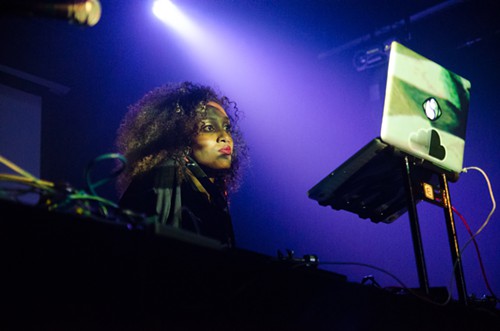 Saturday at Triple Door's Optical showcase, Loscil did what he's always done best: Create pacific synth motifs laden with a heavy undertow of unease. The chronic tension between balm and menace in Loscil's poignant and dubby aquascapes made you sea the light.

Bearded and behatted, Norwegian prodoucer/DJ Lindstrøm brought his ultra-vivid party game Saturday night at Showbox at the Market—real hands-in-the-air, big-room business: brash house with electro-funk percussion; chugging, percolating disco; uptempo, New Order-esque juggernauts; sexy-ass, cosmic disco, and more. I wanted to ask the young guy in the CRASS T-shirt what he thought, but he walked out of the club before I got the chance.

Kyle Fleck adds that he was very pleasantly surprised by his discovery of Midnight Magic at the same show, saying: "Opening for spacy Italo-auteur Lindstrøm is no small task, but New York disco troupe Midnight Magic pulled it off with aplomb, with front woman Tiffany Roth pumping up the hipster crowd in no insignificant way. Definitely ones to keep your ears peeled for."

I could catch only the last 25 minutes of Richie Hawtin's Saturday EMP Sky Church set, and while it wasn't as heady as his '90s underground parties in Detroit, it explored some of the lysergic minimal-techno elements on which he built his lofty rep. If the tunes had matched the visuals' psychedelic splendor, Hawtin's slot would've been one of the greatest of the festival.

Fleck, who got there early enough to spend half of his time waiting in the beer garden, had this take: "Beefing up his stripped-down minimal techno to stadium proportions, Hawtin's set at the Sky Church lived up to the lofty expectations surrounding it. Much of the material played with ghostly diva vocals, Hawtin stretching them like taffy over unrelenting jackhammer 4/4 beats. Though my favorite moment of the night may have been waiting fifty minutes in the jam-packed "beer garden" only to realize it was cash only when I made it to the front (though cheers to the cute lady with the frizzy blonde hair who spotted me a drink anyway)." 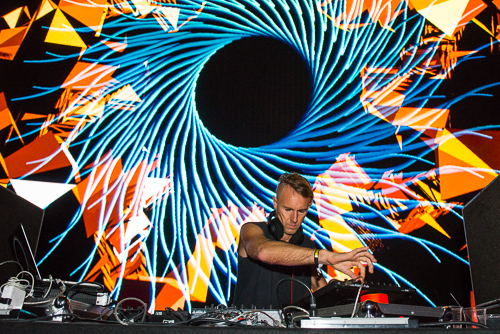 Rival Consoles performed six tracks at Triple Door's Erased Tapes showcase Sunday evening, and each one sounded different from the other and was gripping in its own way. So we got some serrated instrumental hiphop, like a noisier Flying Lotus; klanging, clattering IDM that recalled the Phthalo and Schematic labels' angular abrasiveness; jittery glitchwerk with urgent melodic filigree; melancholy, majestic techno; and more. Call it beneficial sonic schizophrenia... which, come to think of it, could be Decibel Festival's mission statement. 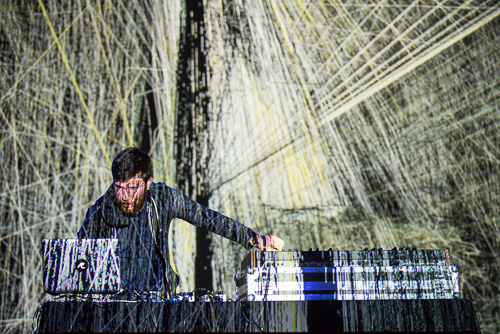