"That church was a trip to me because it was great even with all that bullshit." Kelly O / lettering Mike Force

Screaming into the microphone.

Worked at Alki Urban Market, but that's another story.


Four years ago, OCnotes, a musician and sound engineer whose reputation is huge in Seattle's hiphop scene, conducted an experiment in his basement studio in the OK Hotel in Pioneer Square. In a small space filled with people drinking wine and beer in the semidarkness, he projected on a white wall fragments of one of the strangest movies of the 1970s, The Wiz, which stars Diana Ross and Michael Jackson. Directed by Sidney Lumet, a Jew, the musical was a black adaptation of the very white The Wizard of Oz. The original Motown soundtrack of The Wiz, however, was replaced by a spacey, dreamy stream of beats produced by OCnotes (the professional moniker for Otis Calvin III). He had not only completely remixed the original soundtrack but also the images and scenes of the blackened musical. The result of this work, called Emerald City Sequence, was 25 minutes of pure magic in what I can only describe as Notes's cave. But while those in Plato's cave were prisoners, those in Notes's cave were being liberated.

The feeling of liberation experienced while watching and listening to Emerald is consistent not only with OCnotes's politics but his whole approach to music, which can range from the rawness of punk to the impressionism of house music. The rawness comes from his early identification with skateboard culture and the impressions from his musical education in the choirs of black churches in Tacoma, where he was raised by parents in the military. "When you are in a black church and people get that feeling, the spirit moves people," he said to me on the deck at the Station, a Beacon Hill cafe. "There is nothing like it. People are all feeling the music." Notes is not religious in a conventional sense, but he has a very spiritual attachment to music. This is why he hates to be labeled as a hiphop producer. For him, it really is just about music, about the production of a work that corresponds not with a trend or a genre but with a mood or a feeling.

"You know, I went to Antioch Bible Church for a bit. Its pastor was Ken Hutcherson. He was hella antigay. I think he was in your paper a lot. But that church was a trip to me because it was great even with all that bullshit. There were a lot of good people who went there, and many of them believed in me. I got my real start there [in the mid-'90s]. I have to admit that. One of the church members gave me my first recording software. It was a gift called ACID. So though Antioch had its bad side, it also had its great side." 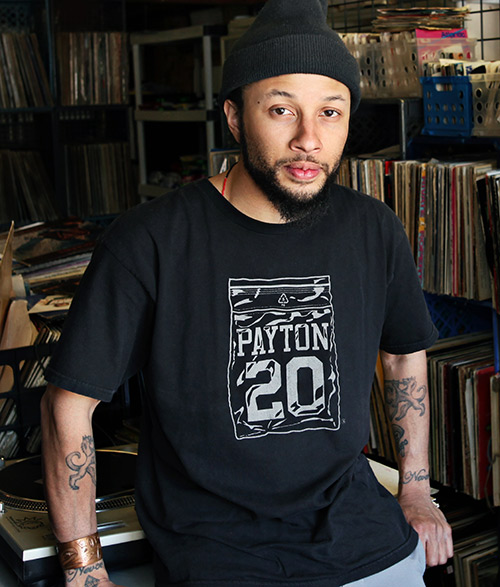 After completing his official education in sound engineering in Arizona at the Conservatory of Recording Arts and Sciences, Notes opened his studio in the OK Hotel in the '00s. It's here that he produced the stream of beats that established his name locally. He also collaborated with the rapper Rik Rude as Metal Chocolates, one of the most underrated and underappreciated rap acts in the history of this city.

Notes is also affiliated with Black Constellation (Shabazz Palaces' universe) and the Black Weirdo movement (THEESatisfaction). Though his masterpiece is Secret Society, which was released in 2011 and perfectly captures his wide musical range (indie rock, hiphop, bossa nova, house, post-punk, electronica), OCnotes has never ended a year without dropping a gem on us. "What I'm going to do in the future," he said near the end of our talk, "is going to be bigger than music. Music is one thing, but I want to be a total artist. I want to be busy making all kinds of art."