There’s no doubt Prince would’ve been incensed and dismayed at the artifacts popping up without his consent. He was so fiercely protective of his work.

One of the (many) pivotal performances in Prince's career was a 1983 benefit concert at First Avenue for the Minnesota Dance Theatre.


Not only was this Wendy Melvoin's first show in his band—solidifying the lineup of the Revolution that would catapult the Purple One into the musical stratosphere—but the gig featured a murderer's row of song debuts: "Purple Rain," "I Would Die 4 U," "Baby I'm a Star," and the future number one "Let's Go Crazy," which opened the benefit. On a recent viewing, I inadvertently started getting chills as the familiar sustained organ and Prince's spoken-word intro took the audience to church for the first time.

Weirdly, I was watching this multi-camera, decent-quality bootleg of the concert on YouTube—and it was just one of many, many, many astounding Prince clips that have surfaced online in the days since his death. In fact, there haven't been enough hours in the day to catch up on the performances flooding YouTube. As a fan, it's been a little like being allowed to have chocolate cake every morning for breakfast.

Before mid-April, any new, rare Prince clip would be posted and shared with the caveat "Watch (or download) while you can!" because his copyright watchdogs were ever vigilant. But at the moment, nobody seems to be minding the (figurative) store, and the usual take-down notices that used to roll out like clockwork to quash video bootlegs and TV performances haven't been coming as often.

This presents a precedent-busting ethical conundrum.

Prince absolutely did not want a fan-curated online repository of his career: His hatred of sites facilitating copyright violations was legendary, and he once filed a $22 million lawsuit against people who shared bootleg videos via blogs and Facebook.

Even his official videos were smacked down on YouTube. There's no doubt he would've been incensed and dismayed at the artifacts popping up without his consent. He was so fiercely protective of his work, and adamant that he, the artist, should dictate how and where his music appeared online.

Though most YouTube users aren't posting these rarities out of malice or morbid profit motive, the clips are appearing only because Prince isn't around to stop them (or at least to direct his legal team to fire off cease-and-desist orders). This is heartbreaking, since having control over his music meant everything to him.

"He felt that the musical industry had robbed him—as they had robbed so many black performers before him," his good friend Van Jones told CNN. "When he finally got his precious music catalog back under his own control, it was the ultimate vindication. He looked 100 pounds lighter—and 10 feet taller."

In light of that, it's difficult not to view this wanton uploading as disrespectful to his legacy, memory, and principles.

Watching and sharing these clips, even as a form of tribute or mourning, also feels ethically murky. Prince had his reasons for not wanting this stuff out there, and even if our intentions are pure, we're still complicit in actively overruling his explicit wishes. Though he isn't here to feel it, this perpetuates the disrespect he spent years of his life fighting against.

Still, it's impossible to ignore how mind-blowing this footage is. Watch them while you can.

It's bittersweet to realize how many musical insights I've gleaned about Prince from these illicit posts, which spent decades as underground secrets passed around fan circles. There's the incendiary 1985 Grammys performance of "Baby I'm a Star," where he strutted around the stage like a fringed flamingo and defied muscular limits with his splits, dance moves, and choreography.

A VHS rip of a Sign O' the Times tour warm-up show was an uncharacteristically human glimpse at his creative process, while a similarly VCR-wavy rendition of "Purple Rain" from the 1985 American Music Awards was cathartic and raw in much different ways from the studio version.

A 1981 Paris club show from the Dirty Mind tour illustrated how fully formed he emerged.

The high-quality rip of a mellower, spiritual Prince reuniting with Wendy and Lisa at the 2006 Brit Awards was poignant, and the metal-funk version of "Motherless Child" with Larry Graham on bass demonstrated what a fluid, chameleonic guitarist Prince could be.

The hypocritical kicker is, I can't stop. Sure, I've had pangs of guilt over the last week or so tracking down and sharing particularly bonkers live Prince clips, but not enough to deter my behavior. The happiness I derive from an especially nimble live performance outweighs the shame I feel about posting it on Facebook.

Watching Prince melt into a guitar (or set it ablaze) or unleash a particularly nasty taste of funk, soul, or R&B is entirely reassuring; being able to discuss how insanely good the performance was with other people is even more heartening. It's difficult to feel bad about spreading unadulterated joy online, even if it absolutely feels like I'm dabbling in something that's morally dubious. Although Prince is gone, it's not our place to decide what nooks and crannies of his career are fair game to unearth and amplify, especially knowing his firm stance against such shenanigans.

But that is exactly what we're doing.

And that's the rub: Are we still obligated to honor Prince's preferences if he's no longer here to object, or do our personal relationships to his music (and how we consume it) now define his narrative arc? This is an incredibly thorny question, especially because these vibrant performance clips have softened the blow of his death. Prince looks so very alive in them, which makes it easier to pretend that maybe he's just hanging out at Paisley Park or listening to the records he bought at Electric Fetus.

Plus, on some level, we all suspect that once the shock of his passing wears off, the other shoe will drop on these bootlegs. They're already beginning to. The official YouTube video for "Raspberry Beret" was nixed by the copyright police—the clip is still there, but without the music. So was his 1986 birthday show. A 1980 American Bandstand performance clip leaves the enigmatic interview intact, but mutes the performance of "I Wanna Be Your Lover."

These normal signs of regulation actually provide a certain relief. They're small, pointed gestures that make it feel like Prince is still with us, giving his peerless side-eye to anyone daring to infringe on his rights.

Comments 11
Tags: Music
The Stranger depends on your continuing support to provide articles like this one. In return, we pledge our ongoing commitment to truthful, progressive journalism and serving our community. So if you’re able, please consider a small recurring contribution. Thank you—you are appreciated!
CONTRIBUTE NOW 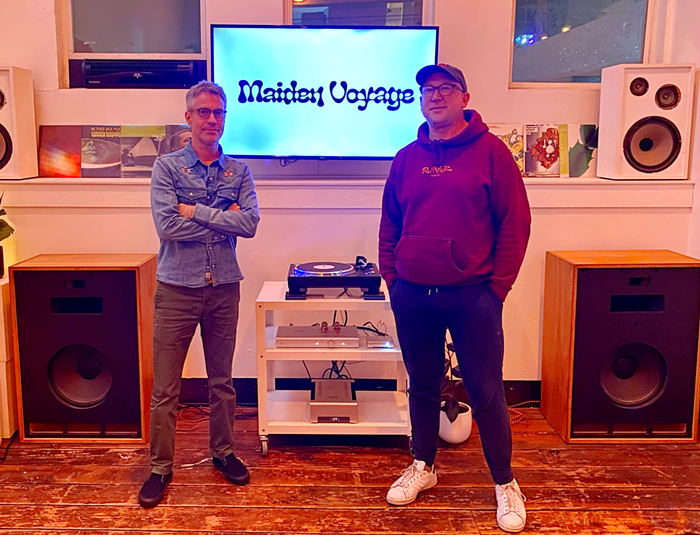