John Roderick
Back to article 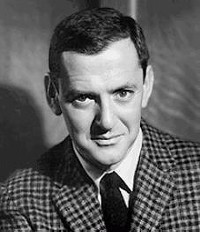 5
Thank you - Of all the pieces I've read over the past few days, this is the one that best captures what it was like to be here then. Really brings it back for me, sights, sounds AND smells. Those were indeed the days and I'm lucky to have experienced them... RIP Chris.
merry on May 20, 2017 at 11:05 AM Report this
6
You need to write a book, continuing from the end of this article. This was the best article to come out on the topic yet. It really took me there.

7
What an interesting juxtaposition.

Cobain and Cornell were contemporaries who founded the Seattle Sound. One died young, became suicidal due to the long term use of an illegal drug. The other died old, becoming suicidal from the effects of a legal drug. The former played his last gig before retiring to a hotel with lots of booze. The latter played his and retired to an ETOH-free environment. The agent that influenced the former's suicidal ideation was won from someone out-strung on a corner. The latter found fatality at a pharmacy.

Seattle's bookended evolution: 1994, heroin. 2017, Ativan. From white powder to a white pill. Once a city where the junkies nodded off in the doorways along Capitol Hill. Now a place where techies take benzos to fall asleep in their beds.
Wandering Stars on May 20, 2017 at 4:21 PM Report this

8
I take exception to the pronouncement that Seattle was a shitty town in 1991. On the contrary, I felt it had a wonderful right place/right time vibe - like Paris in the 20s. I'm so happy to have experienced it. Seattle was never more cool without even trying to be.
Bauhaus I on May 20, 2017 at 11:56 PM Report this

Shitty is subjective. People thought Tacoma was shitty in the 1990's, however those were also the boom years for Tacoma's gay community. Back then, you had The Polar Bar, the Gold Ball, the 24th Street Tavern, the Spout N Toad, the 733, all spread out across the city. There were gay bars in the Nalley Valley, South Tacoma, Downtown, on 6th Ave, all over the place, Now, Tacoma's gentrified after having undergone its revival- and there is exactly one gay bar in the entire city (there's also a "mixed" bar that's almost entirely overrun by straight college girls and the heterosexual boys who have followed them into what used to be a bar for gay men, but still flies a rainbow flag).

At the same time, it was a dangerous place back then and isnt anymore. I remember back in 1995, when Hiltop felt like a warzone. Now, it feels like hipsterville.

Was it shitty? Yeah, in some ways. But there were diamonds buried in the shit. Now, there are no diamonds left in the mine, and the shit has been sold off as fertilizer.
Wandering Stars on May 21, 2017 at 4:28 AM Report this
10
@9 Well said. @8 When I say Seattle was shitty I mean it with great affection. It was dirty, unfriendly, uncelebrated, and full of one-eyed sailors on crap drugs. On the other hand it was cheap to live, mostly tolerant, had a terrifyingly brilliant underground theater community, an intense gay culture before the word "pride" was even a thing, distinct neighborhoods, and was a place where you could get by working three days a week to concentrate on your band. It was shitty and that is what made it glorious.

Thank you, John Roderick, for this heartfelt article. That moment on the stage, where Chris responds to groupie attention by challenging gender norms/cultural narratives, is exactly why those of us who don't know him love and miss this man. My father was a musician who died unexpectedly at 50. I can only imagine what Cornell's kids are experiencing right now, and his wife.
SarahMN on May 22, 2017 at 12:58 AM Report this
12
@7 Wandering Stars: I'm with @8 SarahMN--please don't call 52 "dying old".
Believe me, when you reach 5-0 it won't seem old then.
@8 SarahMN: My heartfelt condolences to the surviving Cornells and to you and your family on your losses. The 50s are sadly too soon to go. Neither of my beloved parents made it to 80 despite so happy, healthy, and active a life together; I love and miss them very much. With all the people living to 100, to me 80 doesn't seem old anymore.
auntie grizelda on May 22, 2017 at 6:16 PM Report this
13
@12,

FOR SURE. My grandmother, who's 95 (a Southerner right out of a Tennessee Williams play) was consoling a family friend on the death of her mother and said, "she was so young," and the bereaved answered, "um, 84 isn't young."

Thank you so much for your kind words, and I'm sorry for your losses as well though VERY glad they made the most of their finite time here.

Speaking, also, of never forgetting that we have finite time here, it feels downright revolutionary to see such love pouring out of the Stranger comments section! POUR LOVE EVERYWHERE IT'S NEEDED WHICH IS EVERYWHERE. Chris Cornell's loss is a spiritual blow, but STILL I think we've all got more verve and possibility this year, or the potential for it, than we did in the last.
SarahMN on May 22, 2017 at 10:24 PM Report this
14
@10, "slightly out of tune metal" - oops, yeah, you were wrong...no wonder it took you so long to see the majestic 'Garden. As for Seattle being shitty, I was living here for 4 years already and the most shitty things I encountered were the Seattle natives telling me how fucked everything was due to gentrification and neighborhoods like the CD were being ruined by California folks moving here like myself. I am so glad things have changed! RIP CC!
snacktruck on May 25, 2017 at 11:58 AM Report this
15
I'm a pack rat of pop culture ephemera. Ephemera, being the very basis of a disposable commodity such as pop culture. I've got Rocket newspapers going back to 1980. Including mid eighties issues featuring reviews for Green River's "Come On Down" album as well as Dawn Anderson's one page review of the Deep Six compilation album in the October 1986 local music issue. Being a frequent attendee at shows around Seattle and the surrounding area in the later half of the nineteen eighties and into the first half of the nineties. As a member of the tape trading cabal, I regularly documented shows on cassette. I've got one such tape, recorded at a late eighties Sup Pop showcase gig. Kim Thayil, Matt Cameron and Chris Cornell all standing in immediate proximity of me, with Chris Cornell's voice clearly heard, as he relates to a young woman - possibly a Rocket scribe - how they had just got to meet Johnny Cash.
I know Soundgarden did some unannounced shows around Seattle in September 1991 in preparation for going out on tour as warm up act for Guns -n- Roses. But reviewing the Off Ramp's events calendar for September 5 & 6th 1991, Ezra Pound was the listed group for, I think the 5th, and the Cowboys were listed as performers for September 6th. (???)

The main point of this screed, is that in reviewing these old issues of The Rocket, the magazines main objective, from the very beginning, was to try and shed a national spot light on Seattle as a musical mecca. Sorry, John R., the term "Seattle Sound" was being used on MTV and magazines like Flipside in L.A. and in British magazines like Metal Forces in 1989. Dawn Anderson used the term as a descriptive, for the dirge music found on the Deep Six comp in '86 as well.
By the October 1991 issue of the Rocket, these promotional efforts began to bear sweet - in hindsight, perhaps - bittersweet fruit. The main brunt of that issue chiming with glee over how "the music industry" were feting so many attached to Seattle's music scene.

The culmination of this being the debatably distasteful celebrity photo-op spectacle of Cornell's Los Angeles memorial service and interment in a Hollywood show business cemetery.