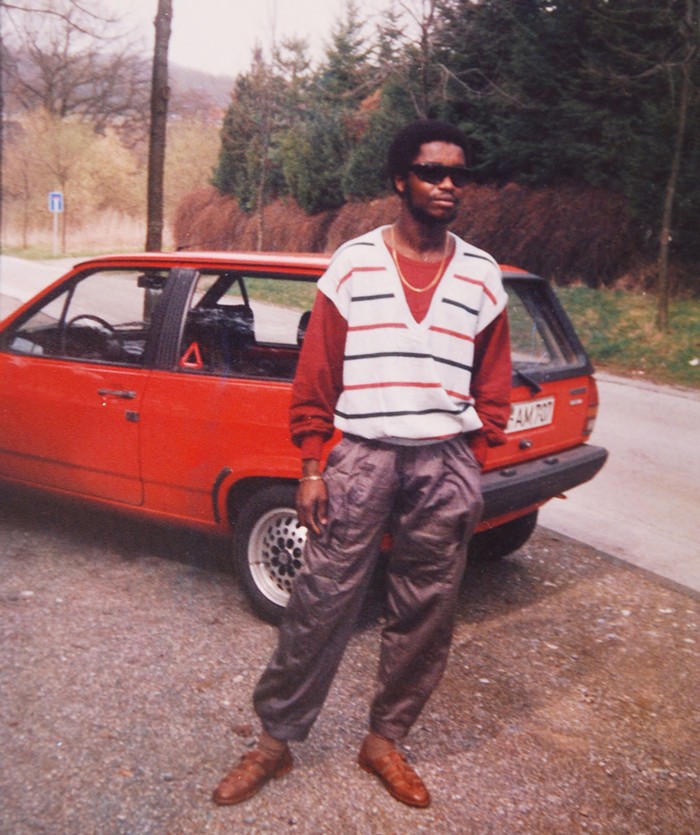 This month, adventurous music heads in Seattle have the chance to see an experimental guitarist from Bhutan (Tashi Dorji) and a quirky rapper/singer from Ghana (Ata Kak). I hope you realize how good we have it here sometimes.

First, let's talk about Dorji. But before that, a little prologue: In 1991, a tiny American indie label released a compilation titled Guitarrorists, featuring Sonic Boom, Helios Creed, Kim Gordon, Steve Albini, and more. It encompassed dozens of guitar players doing myriad interesting things with an instrument that's most associated with rock music. If somebody were to organize a sequel to Guitarrorists, Tashi Dorji would have to be included.

A Bhutanese immigrant residing in Asheville, North Carolina, Dorji wrings sparse, spidery tones from his ax, which makes him sound as if he's slyly flipping the bird to Western notions of tuning and harmony. Fracture and unpredictability prevail in his work, with his compositions unspooling into pieces of messy beauty. His 2016 collab with percussionist Tyler Damon, Both Will Escape, was one of the year's most fascinating releases, showcasing Dorji's noisier, more chaotic tendencies. It's my favorite work by Dorji, as it provides a brilliant contrast between Damon's array of unusual percussive timbres and rhythms and Dorji's expansive approach to an instrument that's rarely used to challenge nowadays.

Another Damon collab, 2018's Soft Berm, comes off like a duet between Sonny Sharrock and Rashied Ali with its strafing, soaring microaggressions. And speaking of those free-jazz giants, Dorji's trio KUZU, with Damon and saxophonist Dave Rempis, offers another forum on Lift to Drag for the guitarist to unleash his garrulous vocabulary of six-string expressionism: rusty clangs, contemplative tone clusters, pointillistic ripples, articulate scrapes.

And if you need an indie-rock connection to get with Dorji, check 2019's Midden with Deerhoof guitarist John Dieterich. It's difficult to discern who's doing what here, but this is improv as cantankerous dialogue, an episodic ordeal of controlled chaos, nuanced noise explosions, and tense squawks. If all that's too raucous for you, lay ears on 2018's but a night that ends, as all nights end, when the sun rises, which finds Dorji creating an intriguing interior guitarscape on his acoustic with repetitive, skeletal motifs. It's the aural equivalent of a pencil sketch on papyrus.

For something completely different, Ghana's Ata Kak (aka Yaw Atta-Owusu) brings you an idiosyncratic blend of hip-hop, house, and highlife. In 1985, the African musician moved to Germany, where he became obsessed with the music of Stevie Wonder, Michael Jackson, the Staple Singers, and disco artists such as KC and the Sunshine Band. There he created his sole album, 1994's Obaa Sima. Thankfully, Ata Kak is blessed with creative impulses that twist these common elements into something quite uncommon.

The Awesome Tapes from Africa label rescued Obaa Sima from obscurity by reissuing it on LP and CD in 2015. It's a seven-track bundle of kooky joy, buoyant rhythms, and infectious vocal interplay. Ata Kak sounds like he gulped helium and popped some trucker speed before taking the mic, as he trades lines with adorable backing crooner Lucy Quansah. You'll want to dance, but your chuckles may throw off your moves. The vibe is somewhere between Gary Wilson and Wesley Willis, but with a more acute awareness of keeping the floor moving—and laughing. What a rare breed of charmer Mr. Kak is.