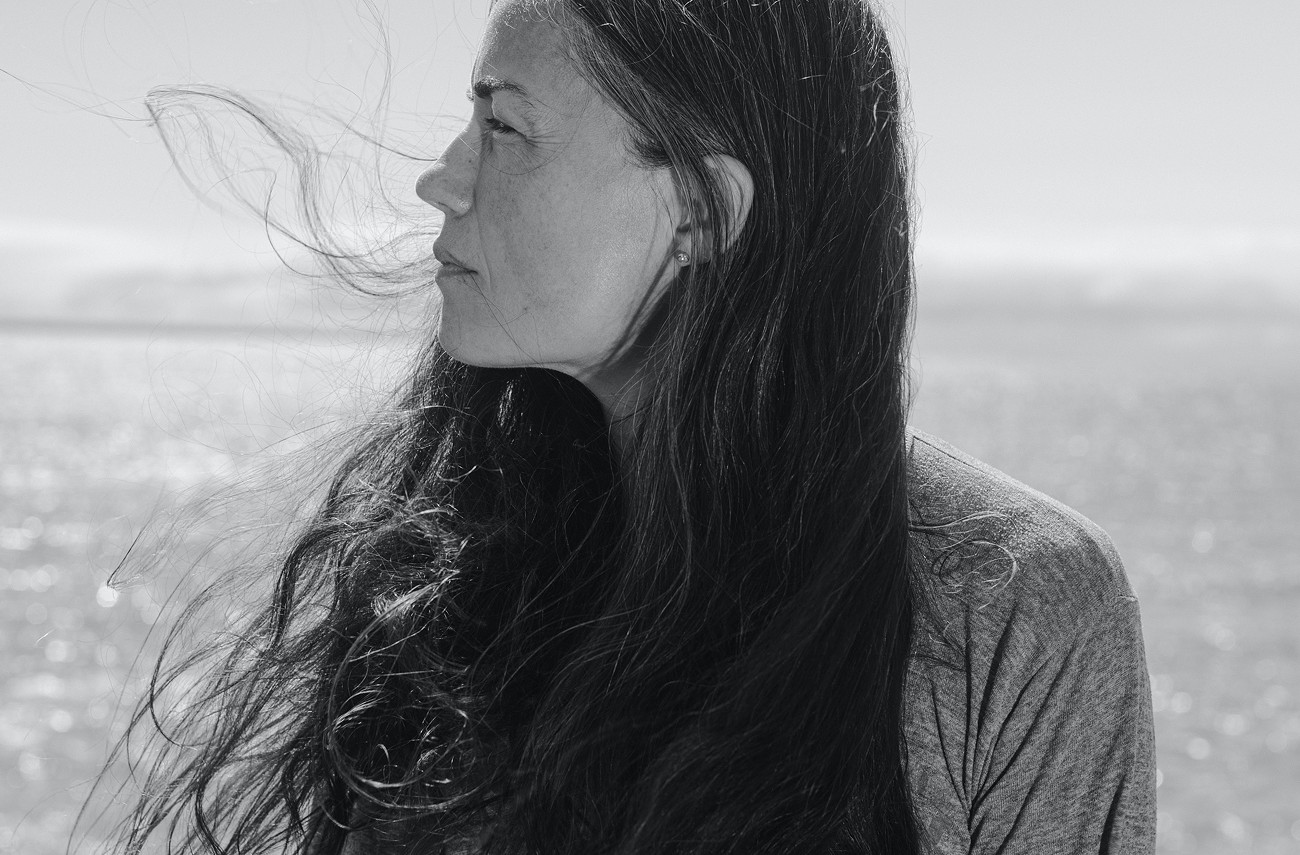 There may be no major independent musician in America who shuns the spotlight with more zeal than Grouper, aka Oregon guitarist/vocalist Liz Harris. Walking silently onstage to her work station and saying nary a word, she performs in darkness, like the British electronic-music duo Autechre. The main difference between Grouper and Autechre, though, is that the former is always accompanied by scintillating visuals that complement her music. On Tuesday night, Japanese artist Takashi Makino provided the mostly abstract imagery that rhymed wonderfully with Grouper's minimalist, elemental ambient music. The show opened a portal into a natural universe that converted Illsley Ball Nordstrom Recital Hall into an audio-visual womb suffused with subtle yet profound emotions.

Grouper's set began with “Alien Observer,” whose tintinnabulation and forlorn, distant vocals coalesced into a sound field as woebegone as anything that Burial would sample. You could feel your spine tingling in slow-motion. Nearly every texture emanating from Grouper's guitar, effects boxes, and voice seemed geared to trigger ASMR; imagine a feather methodically grazing an eyelash. “I'm Clean Now” ventured into beatific somnolence, inducing a shimmering calm that we traumatized American citizens could really use; it was like sound therapy in cushy auditorium seats while world-class cinematic art flickered, fizzed, and dissolved on the big screen. (While talking to Grouper's sound person after the show, I learned that it was not uncommon for attendees to cry during her sets.)

One early highlight was “False Horizon,” which built to a tremulous crescendo that conjured the most heavy-metal moment of the night... and then segued into an austere ballad of deep aloneness (“Living Room”) that reminded me of the bumper sticker that Grouper's label, Kranky Records, issued in the 1990s: LET A FROWN BE YOUR UMBRELLA. In “Headache,” Harris's über-diaphanous vocals got whipped into a froth by clusters of guitar turbulence, creating a resonant Strum und Klang.

Between every proper song, field recordings of birdsong, water flow, thunder, rain, etc. on cassettes would serve as connective tissue, manifesting Harris's deep bond with nature. These interstitial bits contributed to the sense of a healing ceremony taking place, and they sounded amazing as springboards from which Harris would summon angel-choir drones and ballads composed of vapor and ectoplasm.

The set's final minutes following “Disordered Minds” from Grouper's most recent album, Shade, consisted of subterranean rumbling, a tumult mostly at odds with the rest of the performance. Then Harris abruptly cut the sound, yanking us out of our reverie/trance states. She quietly said, “Thank you,” and quickly and unceremoniously exited the stage, an anti-diva to the end.

Opening for Grouper was Washington's own Black Belt Eagle Scout (indigenous musician Katherine Paul), who sounded like a hardcore devotee of the headliner. Performing without her band for this date, Paul—who grew up on Skagit County's Swinomish Reservation—played a weirdly angled, bone-colored electric guitar and sat cross-legged near the front of the stage. She easily drew you into her world of confessional singer-songwriter introspection with songs about friendship, love, ancestors, the wonders of nature, and sea goddesses.

Most of Paul's seven-song set dwelled in the tenderest, most vulnerable keys, wreathed with beautiful guitar murmurs. Longing ballads with well-modulated coos dominated the performance, but the last two tunes entered stormier territory. The penultimate one, “Sam, a Dream,” swelled into what passed for anthemic in this delicately dejected set; it was her equivalent of Neil Young's “Like a Hurricane.”