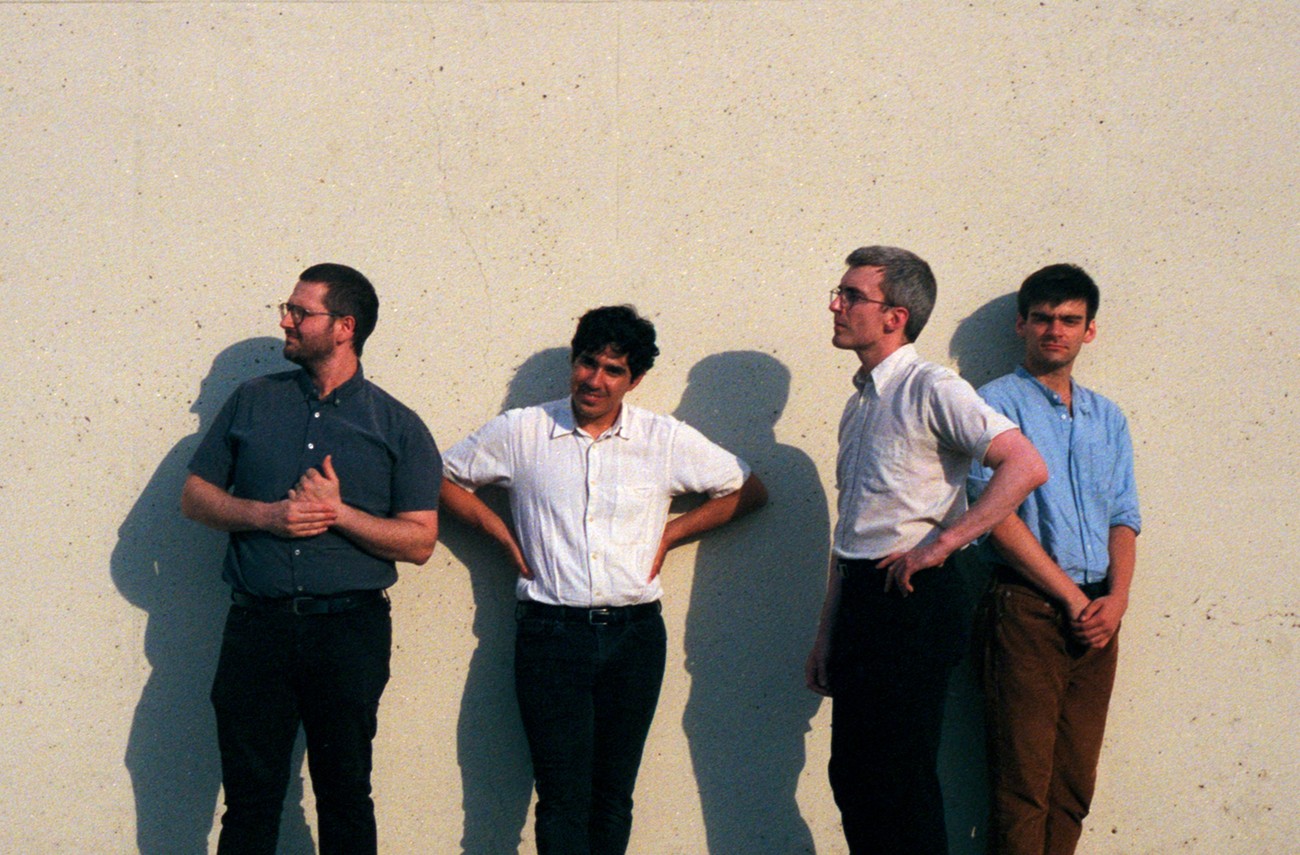 Horse Lords have been applying electroshock therapy to rock's moribund corpus since 2010. Originating in Baltimore, but with three members now based in Berlin, the quartet have made minimalism slap with maximal impact over five studio albums, culminating in the stunning new platter, Comradely Objects.

Horse Lords have mastered the fine art of hypnosis through manic repetition in their epic compositions, but offering slight variations in riffs and intensities to maintain a vibrant edge. It would be easy to plunge into monotony with this approach, but Horse Lords—Max Eilbacher, Andrew Bernstein, Owen Gardner, and Sam Haberman—savvily alter their parts and forge fascinating microtonal textures to avoid stasis.

Comradely Objects' seven vocal-free tracks mostly run long, but they never wear out their welcome. Following an eerie, flute-like drone, the relentlessly ratcheting “Law of Movement” harks back to This Heat and Faust/Tony Conrad's pitiless excursions into OCD rhythmic catharsis. “Rundling” rides Bernstein's dizzying, Terry Riley-esque spirals of sax over Haberman's galloping beats and Gardner's pinprick guitar glints, putting a new spin on car-chase soundtracks. The wild and intricate “Mess Mend” rampages as if under the influence of African desert-blues-rockers Tinariwen and meth-laced LSD. “May Brigade” comes off like a punch-drunk homage to Can's “One More Night.”

Earlier this year, the British music magazine Uncut proclaimed on its September cover that Wilco are America's greatest band. Well, I respectfully disagree; it is Horse Lords, by several furloughs.

A percentage of proceeds from Comradely Objects will benefit CASA, an organization that supports immigrant families.

In a nutshell, French-born/Berlin-based producer and DJ rRoxymore creates weird club music of subtle subversiveness. At once challenging and somewhat accessible, her output is something to which both Björk fans and Actress and Matthew Herbert aficionados could get down.

The new album by rRoxymore (aka Hermione Frank), Perpetual Now, follows her strong and enigmatic 2019 debut LP, Face to Phase. The latter purveys an interiorized vibe marked by oblique rhythms and murky melodies. Whatever dance cuts it contains are more suitable for busting solo moves in your bedroom than for freaking out in spacious clubs; check the awesome and askew “Hectadrums” for proof.

Perpetual Now's four long tracks average 10 minutes and adhere to a less-is-more approach common to IDM-influenced artists who have no interest in kowtowing to dance-music DJs' desire for predictable bpms and easy-to-mix outros. Opening song “At the Crest” establishes rRoxymore's riveting, start-and-go rhythmic impulses, muted melodies, and intriguing textural palette. “Sun in C” mutates Terry Riley's minimalist landmark In C into a subterranean tropical paradise. Over its quarter hour, “Water Stains” sustains an otherworldly, aquatic aura with eerie vocal phonemes festooning the panicky, spasmodic beats. Not exactly an anthem for the masses, then.

“Fragmented Dreams” opens in aptly oneiric mode, a misty ambient reverie... until a minute in, brutal kickdrums and crispy synth percussion puncture the peace. Two minutes later, a glorious, sparkly quasi tune emerges from the tumult before the '90s-era-Autechre-like pummeling resumes. Rroxymore keeps the listener off-guard throughout “Fragmented Dreams”'s seven minutes, alternating calm with clamor, and proving her mettle as a sorceress of technoid dynamics.