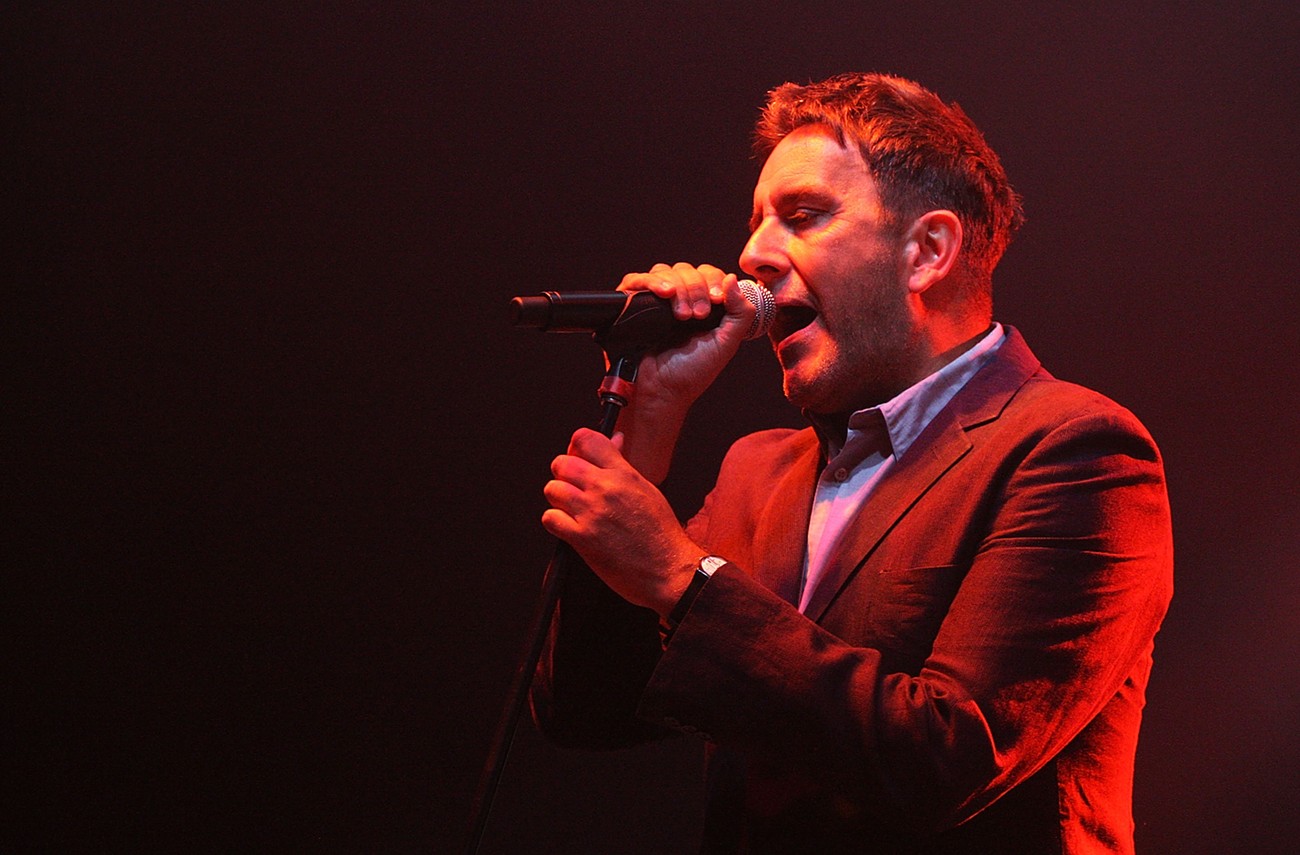 Terry Hall of The Specials performs during the Splendour in the Grass festival on July 25, 2009 in Byron Bay, Australia. Mark Metcalfe / Getty

Terry Hall, one of the most distinctive vocalists in British music history, passed away yesterday after a brief illness at age 63. He is best known as frontman for second-wave ska legends the Specials and the idiosyncratic pop group Fun Boy Three. Hall was the rare musician to have hits with three separate acts in one decade, charting in the '80s with the two aforementioned bands as well as with the Colourfield, his new-wave trio with Toby Lyons and Karl Shale.

Hall burst into prominence with the Coventry-based septet the Specials, the flagship group of Jerry Dammers's 2 Tone label. With artists such as the (English) Beat, the Selecter, and Madness, 2 Tone helped to revive and rev up the Jamaican musical genre ska for a younger generation. In 1979, the Specials' Elvis Costello-produced, self-titled debut LP established their status as a force for racial unity, working-class solidarity, and pithy, observational songwriting about romance.

Support from influential BBC DJ John Peel and an opening slot on a tour with the Clash further raised the Specials' profile. Balancing dexedrine'd versions of ska classics (e.g., Toots & the Maytals' “Monkey Man”) and striking original songs full of humor and pathos, The Specials is the rare party record to which you can dance, drink, and think. It was no surprise to see the Specials supporting the Rock Against Racism movement and performing concerts that benefited anti-racist and anti-nuclear-weapons organizations, and a Right to Work march.

Hall's doleful and playful singing style worked in wonderful counterpoint to fellow Specials vocalist Neville Staple's Caribbean-inflected patois. Terry's voice was tailor-made for vulnerability and empathy, akin to Robert Smith's, but without the Cure leader's annoying whininess. There was a diffident Englishness in Hall's delivery, but he could toughen up when necessary, as on the Specials' cover of Rufus Thomas's “Do the Dog,” “Too Much Too Young,” “(Dawning of a) New Era,” and the Colourfield's “Pushing Up the Daisies,” a gutsy garage-rocker sung with the most vengeance that Hall ever mustered outside of the Specials.

Hall didn't have many writing credits with the Specials, but his louche, loping song “Friday Night Saturday Morning” perfectly captures the deflated feeling of an inveterate reveler realizing that his decadent routine has gone stale. And, of course, Hall shines darkly on the Specials' “Ghost Town,” one of the greatest singles ever. This dolorous UK chart-topper encapsulated the bleak atmosphere of Margaret Thatcher's Britain ca. 1981 (inner city unrest, unemployment, crime, violence, etc.). A rickety roller-coaster ride of emotions, “Ghost Town” toggles between eerie desolation and gleeful nostalgia, with Hall embodying the latter with pitch-perfect faux bonhomie.

Hall's post-Specials career had several highlights, many of them with Fun Boy Three, which featured Specials mates Staple and rhythm guitarist Lynval Golding, who now resides in Gig Harbor. Their 1982 debut album, The Fun Boy Three, is a minor classic of oddball pop, including a delightful cover of Jimmie Lunceford's 1939 chestnut “T'aint What You Do (It's the Way That You Do It)” with British hitmakers Banarama. On that same record, the lugubrious lurch of “The Lunatics (Have Taken Over the Asylum)” greeted the prospect of nuclear annihilation (an hourly concern in the early '80s) with bittersweet resignation and fascinating percussive timbres. Play it at your next festive gathering, if you dare.

Around the same time, Hall's short romance with the Go-Go's Jane Wiedlin yielded the buoyant hit 1981 single “Our Lips Are Sealed,” which you can still hear regularly on certain radio stations and on certain club nights. (I prefer Fun Boy Three's slightly heavier version from 1983.) Do not trust anyone who is immune to this song's cascading waves of joy.

Hall's solo releases—1994's Home and 1997's Laugh—are devoid of the Specials' boozy pep. Rather, they abound with expensive-sounding orchestral pop of a sentimental bent, reflecting Hall's collaborations with the Lightning Seeds' Ian Broudie. However, the 2003 album with Mushtaq Uddin of UK hip-hop radicals Fun-Da-Mental, The Hour of Two Lights, is a surprising deviation, a gripping collection of Middle Eastern-inflected melodies and militancy, with robust rhythms, keening ney and shehnai, and Hall's moving, forlorn vocals.

In 2019 while on tour supporting their strong comeback album, Encore, the Specials played the Showbox on the same day that I learned my brother had suffered a non-fatal heart attack. It was one of the worst days of my life, but I went to the gig anyway, thinking that the Specials—even at this late date and without Jerry Dammers—could somehow ameliorate my sadness. That they did, and then some. Thanks for that and so much more, Terry Hall. As Hall sang on the Specials' second album, More Specials, “Enjoy yourself, it's later than you think.”

Sad to receive the news of Terry Hall’s passing last night from Lynval Golding. Terry’s voice was the perfect instrument for the true and necessary songs on “The Specials”. That honesty is heard in so many of his songs in joy and sorrow. My condolences to his family and friends.

Gutted to hear of the passing of #terryhall. He was a lovely, sensitive, talented and unique person. Our extremely brief romance resulted in the song Our Lips Are Sealed, which will forever tie us together in music history. Terrible news to hear this. ? pic.twitter.com/Fxxqr0p01T