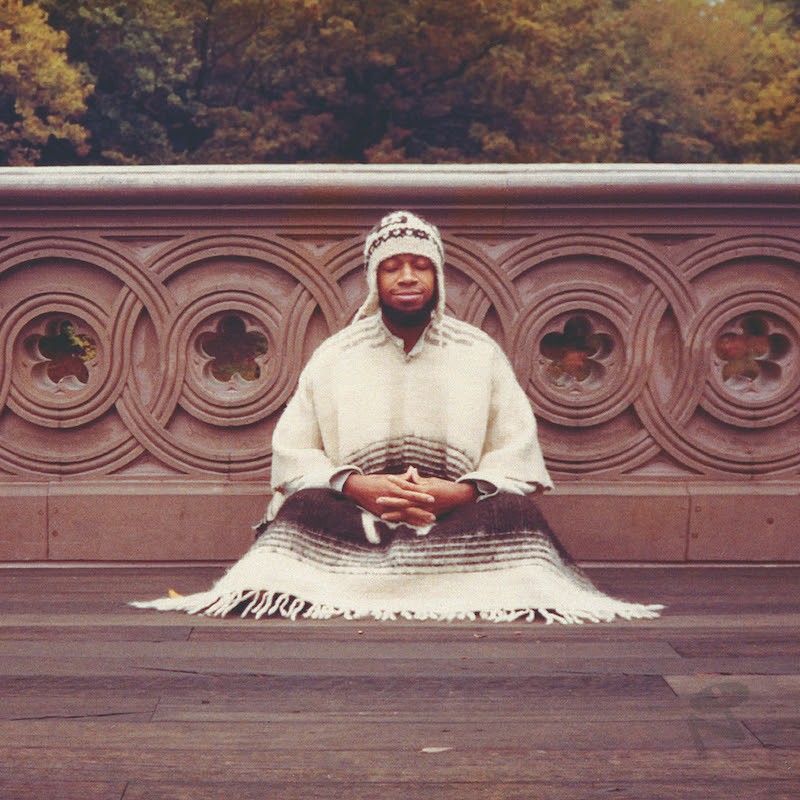 The last 10 years or so have been boom times for catching up with Laraaji's extraordinary new age/ambient music. Several labels have reissued his old classics and championed his newer output, while media coverage has been extensive and enlightening. It feels good for an overlooked master to get his due, belatedly as it may be.

In a 2017 Stranger article, I wrote of Celestial Vibration: “Whereas much new age music makes you look at your watch (or phone, as the case may be), wondering when something interesting or not teeth-rottingly sugary will happen, Laraaji unerringly ensnares you in a gossamer web of sonic purity, as if he'd put in weeks of rigorous research to pinpoint the most glorious timbres from his zither, keyboards, gongs, and kalimbas.” Segue to Infinity includes this album and expands upon its treasures with six previously unreleased epic outpourings of Laraaji's exquisite aural tapestries. These works were manifested before Laraaji's fateful chance meeting with Brian Eno in Manhattan's Washington Square Park, where the former was playing his zither for spare change. Eno was so impressed that he enlisted Laraaji for his Ambient series, resulting in 1980's Day of Radiance.

“Koto (Glimpse)” is a mere 1:48 teaser for its nearly 22-minute official version, but it's enough to tantalize listeners who seek at least temporary peace in their bad-news-ravaged lives. The koto is a Japanese zither that generates spine-tingling timbres (in the right hands), vibrating lushly between a guitar and a harp. Played by a master such as Laraaji, they can produce some of the featheriest gravitas ever put to tape. With various studio effects applied, “Koto” ushers you into rarefied, hall-of-mirrors realms, helping you segue to infinity with ease.

For the first six years of their existence, LA's Death Valley Girls purveyed scathing garage-rock and Suzi Quatro-esque glam with true-believer monomania, with very few detours into mellower territory. Sure, bands that rock hard and heavy could fill the Grand Canyon, but Death Valley Girls did it with more conviction and skill than 93% of the pack.

The thing is, they'd taken that style as far as they could, and it was time for a paradigm shift. So, beginning with 2020's Under the Spell of Joy, DVG loosened up a bit, psychedelicized to a degree, and broadened and added depth to their sonic palette (one inspiration was Ethiopian funk), and the changes did them good.

You can hear DVG—Bonnie Bloomgarden (vocals, organ), Larry Schemel (guitar), Rikki Styxx (drums), and Sammy Westervelt (bass, vocals)—inching further away from their garage-rock roots on their forthcoming album, Islands in the Sky (out February 24 via Seattle's Suicide Squeeze label). “What Are the Odds” flirts with a fuzzy brand of bubblegum pop; “Journey to Dog Star” traffics in the sort of dark psychedelia that Echo & the Bunnymen took to the bank in the '80s; “Watch the Sky” cruises elegantly down the Autobahn with krautrocking panache. The latter is DVG's most cosmic moment.

The group's expansive sound arises partially from auxiliary musicians Gabe Flores (sax), Mark Rains (percussion), Gregg Foreman (synth, Wurlitzer, Hammond organ), and backing vocalists Little Ghost, Pickle, and Kelsey R. And on “Sunday,” the second single from Islands in the Sky, they venture into gospel's holy caverns and show they got soul to burn. Elevated by Foreman's Hammond and Flores's sax, Bloomgarden turns in a show- and time-stopping vocal performance, and the rave-up coda with the backing singers urging, “keep on movin'” perfectly caps off this thrilling, motivational anthem for Death Valley Girls. To quote the last song on Island, “it's all really kind of amazing.”