1
My husband and I always stay at the Vintage Plaza. Even if it is a little pricy the staff is friendly, it's centrally located, and, best of all, every night from 5-6 they have a free-to-guests wine hour. Usually 4 pretty good wines to sample and they don't skimp on the pours. Many an evening we've already been fairly sauced by 6 ...
maeveh on December 7, 2011 at 10:16 AM · Report this

You might have missed the point of the article.

8
you got paid for this??? like, and this is all you can report? like, no interviews? no history, research or any info one of us cant get by just going there? and you didn't stir up trouble? wtf??
aardvark on December 7, 2011 at 3:42 PM · Report this
9
I like strip clubs and hot punk girls, but the sheer number of these places really seems to drive the point home that the coolest job a hip girl in Portland can have is stripper, and honestly, that kind of depresses me.
on December 7, 2011 at 4:01 PM · Report this

17
There might be some confusion about the Safari Showclub vs. the Safari Club, which is a bar/lounge in Estacada (a small town about an hour drive southeast of the city) and has an amazing taxidermy collection but no strippers.
john t on December 8, 2011 at 10:36 AM · Report this
18
Great piece, and...

"..and the first sip makes my nipples hard.."

19
Where are the MALE strippers?!?!?!?!
michael strangeways on December 8, 2011 at 12:37 PM · Report this
20
"I like strip clubs and hot punk girls, but the sheer number of these places really seems to drive the point home that the coolest job a hip girl in Portland can have is stripper, and honestly, that kind of depresses me."

I don't understand how you come to the conclusion that "the coolest job a hip girl in Portland can have is stripper", because there are a much higher number of cool women in Portland than there are strip clubs. Sure, there are plenty of cool strippers, but stripper is by far not the default employment for women. Perhaps you've heard strange Wonkaland-like exaggerations of the number of clubs in Oregon.
undead ayn rand on December 8, 2011 at 12:56 PM · Report this
21
@19 - SILVERADO! Oh, Silverado...

22
this is so great
Larry Mizell, Jr. on December 8, 2011 at 1:14 PM · Stranger Staff
23
I went to Mary's once for the birthday of my trailcrew boss. After buying him a dance, I decided to get one for myself. $350 of private lap dances later my friends were gone and the dancer STILL refused to marry me. I took a cell phone picture of myself drunk in a bus shelter to remind myself never ever to do it again. It was great.
on December 8, 2011 at 6:29 PM · Report this
24
@9 -- and strippers in Portland think, Wow, it would suck to live in Seattle and drive down to Portland every weekend to make decent money. The grass is always greener.
Old Shellhead on December 8, 2011 at 6:54 PM · Report this
25
It's a real shame that Seattle features no form of heterosexual nightlife whatsoever, including your basic meatrack, pick-up bar, even a library coffee get-together where the delicate, bookish types that now inhabit the city can look at each other in frustration over the their laptop monitors.

Seattle: now featuring tales of strip clubs in other cities, in Seattle's only functional cultural publication, The Stranger.

(This place needs to get a life. Bad.)
Mob Barley on December 8, 2011 at 8:36 PM · Report this
26
I mean, seriously. Strip clubs in Seattle? Christ, you can probably find more in Mecca, Saudi Arabia, where they behead people for having sex in the wrong position while otherwise fully clothed and following strict religious procedure.

Placing the sex industry aside, this city has so little heterosexuality, and such a grotesque gender imbalance, that it has come to resemble a male labor colony or penal colony. This place is a basket case. We're reading a report on strip clubs.

While in a city where twenty-somethings have to take out online advertisements in the modern equivalent of the newspaper "personal" section just to try to make contact with a female, one could only hope.

I have a damn good time in Seattle. It lacks decent strip clubs, but you've absolutely failed if you lack "heterosexual fun".
undead ayn rand on December 9, 2011 at 8:30 AM · Report this
31
It would be interesting to read an interview with these strippers. As an outsider, I can't think of a grodier job than grinding on the laps of strangers, many of whom are just nasty. In other cities, you assume the strippers do it purely for the money. But the Portland girls seem too much like your average, middle class, educated girls with options, so I always wonder what the hell motivates them. I've never really been comfortable enjoying these places because I assume the girls must have issues. I'd love to hear otherwise, if that's the case.
on December 9, 2011 at 12:08 PM · Report this
32
@31: You assume a lot. There's far worse and more "degrading" work than sex work and stripping, and it's not like people always strip for life. I have more than a few friends that "went to College" and are doing just fine with themselves and their careers.

"I always wonder what the hell motivates them... Is it just about needing attention or what"

Strippers are not a monoculture. They don't all have the same motivations. For all your judgment, you seem pretty intellectually incurious yourself.
undead ayn rand on December 9, 2011 at 1:36 PM · Report this
33
#32, Since you state there are jobs you consider "worse and more degrading," obviously you hold your own judgments about certain types of work.

I'm not anti-stripper, and if I weren't curious about them, I wouldn't want to read an interview with them.

I indicated that it's often a transitional job, not a career. You're judging their entire life and attitudes on something with a ton of turnover.

@34: "@undead ayn rand - this city has the beterosexual energy of a dead, rotting corpse. sorry, but true. if portland is 'pornlandia' then seattle is 'nerdlandia'"

40
I thought I went to strip clubs but actually after some time I realized I was going to see strippers.

there was no club I would feel like returning to save one or two but I have many memories of women and not all sexual that I would walk across Siberia in February for.

whats more interesting the club or the dancer?

what came first the club or the dancer?

I read an interview this weekend with Portland young adult writer Blake Nelson (Paranoid Park, Girl) where he said the 90s were a great time to be young woman, when they took themselves seriously as a group and as a gender and everyone wanted to know what girls were thinking and were interested in. He said things have swung back around and that our culture is once again very male, with women in their 20s focusing on being attractive and appealing and not being as forthcoming with their opinions.

If you take it all at face value, while pretending that the absolutely stellar crop of feminist blogs (feministing, racialicious) and writings don't exist, yeah.

undead ayn rand on December 12, 2011 at 1:09 PM · Report this
44
Mob-- as a heterosexual dude who likes to go out and meet girls, I've never had a problem with Seattle. Maybe you're looking for a really specific sort of scene, but there is totally "heterosexual night life" here.

gi on December 12, 2011 at 2:53 PM · Report this
45
#43, What would be the point of providing you with any kind of analysis when you haven't paid any attention to anything I've actually said? I didn't claim to understand strippers. I used the term "baffled," in fact.

However, as a woman in my 30s who has been obsessed with female musicians since I saw Blondie on The Muppet Show, grew up reading Sassy and Bust back when in was still printed on newsprint and before it devolved into a fashion magazine, has been in all girl bands for ten years and DJ'd an international girl pop night for four, and has been seeking out and going to see girl bands regularly since the 90s, I think I'm more than qualified to speak to the change in audience and interest in girl culture. I could easily provide you with dozens of examples of this, such as how a friend's band was turned down by a huge indie label because "They'd already signed a lot of girl bands that year," because what was a selling point in the 90s is now back to having a quota. But you'd just dismiss them all, based on how dismissive you've been of everything else I've said.

Jesus, all you have to do is look at a line up of popular indie musicians from the 90s (Kim and Kelly Deal, Juliana Hatfield, Kristen Hersh, Tanya Donnelly, Sinead O'Conner, L7, Concrete Blonde, The Lunachicks, Mia Zappata) versus the popular indie musicians now to see that sex appeal and appearance has become a huge factor in whether a female musician gets written about. In the 90s, the girls dressed the same as the guys. Now the guys still get to dress like schlubs, but the girls who make it have to either be pretty or dress interestingly. My band is attractive and we got our picture in The Stranger without them writing a single word about our music. Of course, there are exceptions in both decades, but as a whole, that's how things are.
on December 14, 2011 at 7:48 AM · Report this

46
Strip clubs are boring to me...I prefer massage parlors instead ...they at least have better quality women than strip clubs...but that's just me..Portland is ok,I guess...
superhyrulean on December 14, 2011 at 8:03 AM · Report this
47
You notice that some of the girls are barely legal or babyish. That is because teenage girls are being forcefully recruited by pimps to work in strip clubs, massage parlors, and on tracks in cities all along a the I-5 corridor, a well-known trafficking loop. We are talking about 12 to 14 year olds who think their pimp is their boyfriend, and who are forced to give all their money to him. You can see that the girls are young and bored, and often getting treated like crap, but you just chalk it up to fun.
nstm on December 14, 2011 at 3:58 PM · Report this 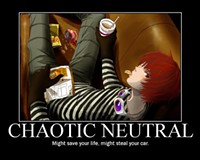 48
So, "pro-man" Seattle would = strip clubs? Seriously? How about learning to interact with women correctly so you don't have to go pay money to see some ass?
Don't blame the city and it's regulations for your inability to have sexy fun. If you need strip clubs to be a man then fuck you.
TheloniousPunk on December 15, 2011 at 11:27 AM · Report this