Shut Up and Feed the Meter

The city should go further and implement Donald Shoup's recommendation of setting prices such that the onstreet spaces are 85% utilized on average. This actually attracts visitors because (1) they know that they will always find a space and (2) the money is invested in improvements to the neighborhood, making it a more attractive destination. This is how Old Pasadena was transformed from a ghetto into one of the most happening places to visit: it's one of the few places in southern CA where you can see throngs of people on the sidewalks. For more on the subject, see Shoup's presentation on the web titled 'The High Cost of Free Parking'.

Parking charges don’t eliminate visitors, as you can see from the fact that people do use paid parking lots.
Anirudh on October 21, 2010 at 12:27 PM Report this
9
Raising the prices will only encourage the private lots to raise their prices even higher. I’m sure this sounds great if you are a mayor who has the luxury of being able to commute to work on his bike then get chauffeured around by staffers in the cities Prius. Oh.. Cienna did you hear the news that there is a law that prevents autos from parking in the same spot for more than 2 hours...? Its efficiently enforced by the fascist meter maid patrol that roll around on Ben-Hur style Roman Gladiator chariots issuing tickets with zeal. Raising the prices will not free up more spaces. People will continue to park and get gouged. The proposed 4.8 to 6.1 million that you cite (source unknown) does sound great. I could see a years worth of accounting for this now... 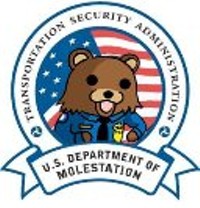 11
oh yeah ! i would looooooooooooooooove to pay more to park downtown. not! just another shameless money grab, and its funding what exactly?
ERIC CARTMAN on October 22, 2010 at 4:07 PM Report this
12
Hoooooooboy.

auntie grizelda on October 23, 2010 at 12:38 AM Report this
13
What I don't understand is why some people are afraid of TRYING ot at least. If it doesn't work, them we change the law. (Granted that might be a bit idyllic, to believe that a law once passed could be easily adjusted to meet the needs of a changing society, but we can try, right.)

I think the article makes a good point. Yes, a parking rate increase would suck, but in the long term, I suspect more people would actually save money. How often has it happened that you would spend fifteen minutes circling for a cheap metered spot, only to give up and pay the significantly higher parking garage fee? Instead of paying the "higher" four dollars, you are now paying ten. This has happened enough to me to think that a four-dollar meter could work if it does create more revolving spots.

Scenario 1: you want to shop for 2 hours or lunch, etc; currently, almost all space are full so, if yo drive, you'll probably spend $15 or so in a private lot. With $4 parking, if you find a spot, you'll spend $8 otherwise your no worse off.

Scenario 2: you need to drop off something and then rush off to another place. With $4 parking, you have a chance of finding a space and pay $1 for 15 min. Otherwise $7 - and another $7 at the next place, and so on.

Side note: I am not hogging up retail space. She doesn't live in a retail area, and there is usually 20% of spaces available.

Side note: I am not hogging up retail space. She doesn't live in a retail area, and there is usually 20% of spaces available.

I'm going to have to break up.
on October 24, 2010 at 1:21 AM Report this
18
You have to be fucking kidding. Fuck you and your parking meters...why hasn't somebody gone around for kicks and taken care of them and all the other big brother shit? They continue to play us while fucking us.
on October 24, 2010 at 11:32 AM Report this
19
All good points, however, no one really thinks or cares about the people who actually WORK downtown, and who don't have the luxury of an employer paying for their parking.
These lots charge us an arm and a leg to park so it's much cheaper for us "downtown workers" to "feed" the meters.
And don't try to force us to A] ride our bikes or B] take the bus.

This doesn't even touch on the issue of them wanting to make street parking restrictions and fees go until 8pm M-S [that's Sunday, not Saturday] How about the no parking on 1st ave till 8pm stretching from Seneca to Belltown plan? They don't seem to be talking about this with the public, yet.
I care a lot! on October 25, 2010 at 8:02 AM Report this
20
While I don't always agree with Cienna Madrid, when Ms. Madrid writes a great article, it is truly a pure gem of sterling reportage.

This is an outstanding example: from her coverage of all the salient points, to allowing for the Downtown Seattle Association's typical nonresponse of vacuousness.

Had we similar reportage on that so-called healthcare reform legislation, actually nothing more than health insurance industry consolidation of control and power legisltion, when President Obama made the claim that premium rates would go down by 18% to 20%, when it goes into effect in 2014, a realy journalist would have mentioned that premium rates by that time would have increased by 300% (actually a rather lowball figure), so that any decrease would allow for a conservative estimated increase of ONLY 280% in premium rates.

True, there are several good points with that health insurance industry (written) legislation, but as this legislation is riddled with various financial chokepoints (points where congress stops funding, and thereby renders the several improvements useless) it is designed to be effective nonoperative.

In other words, it's a crock and a sham, much the same as this so-called financial reform.

Which is why Murray, who has been in congress for almost 20 years while they have worked to dismantle the US economy, is running such a close race with that vile clown, Dino Rossi.

This will certainly improve downtown.

Yes, it will make parking more expensive, but it will make customer turnover higher and increase business. For city dwellers it may convince more to bike or bus. For suburbanites they can either pay less to park at a lot that's far away (and then bus or bike). Or they can pay more.

Either way, the cost incurred by the car should be borne by s/he who benefits (the owner). Currently the price for having a car and parking it in downtown Seattle is too low. Well priced markets work more efficiently (and not in a mortgage default swap blah blah kind of way).

cityzen on October 26, 2010 at 6:56 PM Report this
27
currently about once a week i will go to belltown/downtown for happy hour and/or shopping. If they charge $4 an hour for parking i will stop going to those areas and go to happy hour spots with parking lots. I'm guessing i'm not the only one that will be chased away by the higher parking rates. Why go shop downtown and pay $8 for two hours when you can go to southcenter and park for free? I only see this as a way for the city to make more money because they can't budget the money they already get from taxes. Buerocrats can't balance their budget so they dip into the public's pockets to cover the difference. This will hurt downtown businesses not help them.
flounder on October 27, 2010 at 1:43 PM Report this
28
@17 I see your GF on Thursdays. I ride my bike there so it doesn't cost me anything. Enjoy my moist.
on October 28, 2010 at 1:16 AM Report this
29
I'm not so concerned about increases to parking rates in the downtown core area where there are at least decent public transit options. But I am concerned about the impact of the proposed increased rates and extended fee times in neighborhoods like Fremont and Ballard.

Without improvement to in-city public transit, it seems there would be a negative impact for these neighborhoods ... and an unfair disincentive to visit for those without the means to add $5 in parking to their farmer's market tab.

Typically one can at least get downtown in a single shot. Trips between neighborhood require transfers ... often lengthy, often downtown. So, why not just get out and shop/dine there? Leave Ballard and Fremont as exclusive enclaves for trendy/wealthy patrons and their condo overlords.

30
Bus costs maybe $4 at most .... that's if you live in a non metro covered area ... I say we put parking downtown at $7 an hour for street side, and I don't even care what they do with the money now.
KittenKoder on November 4, 2010 at 5:02 AM Report this
31
I work downtown and live fairly close to downtown, but not close enough to walk. Taking the bus if I want to shop is often not a good idea with a few bags in my hand. So, once in a while, I'll go downtown to shop and drive in. So, what would happen to my shopping trips if I have to pay $4.00+ bucks an hour? I'll go somewhere else. Basically, at $4.00 per hour, it makes it less expensive for me to go somewhere else, since a round trip to West Seattle, Northgate or even the east side would be less expensive, when including how much gas I'd have to spend. So yeah, good luck with that. Those on-street parking spaces, even if you have to drive a few blocks around to find them, are great for those of us who just want to go downtown, buy something within an hour or two and not have to pay the $7 - $8 bucks to park in one of the garages.
zapopan on November 12, 2010 at 12:54 PM Report this