Pronto Cycle Share Launches in Two Months! Here's Where They Want to Put the Bike Stations 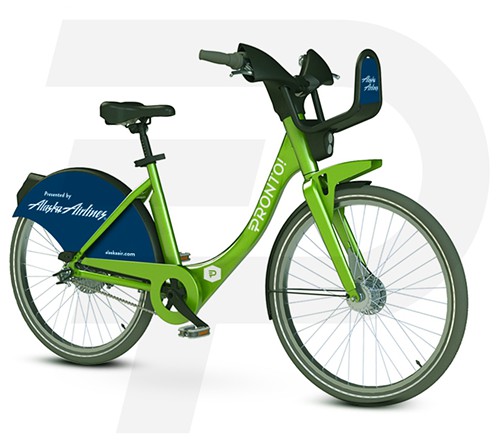 On Monday, Capitol Hill Seattle blog posted a map of the purported planned locations for ten Pronto bicycle share stations on Capitol Hill. It's not quite right, however. "Not only is it inaccurate in regards to specific locations," says Pronto Cycle Share Director Holly Houser, "but it also shows both primary and secondary sites, so is somewhat misrepresentative of what the final network will look like."

With the caveat that these locations are still pending permit approval and not finalized, the complete maps of where Pronto Cycle Share wants to put its first 50 bike stations, ahead of its late September launch, are here and here (PDFs).

I cropped a few snapshots from the full maps, trying to show most of the stations, below. But I couldn't get them all, including, for example, the Pronto station planned for the intersection of 6th Ave. and King St. in the International District. Take a look, though! First, a reminder on the pricing, from my previous reporting:

So how much will it cost? $8 for a 24-hour bike rental, $16 for 3 days and $85 for an annual membership—any of which gets you unlimited 30 minute trips for the period of your purchase. Pick up a bike at one station, then deposit it at another. Riders can rent helmets for $2 out of kiosks at the bike share stations. 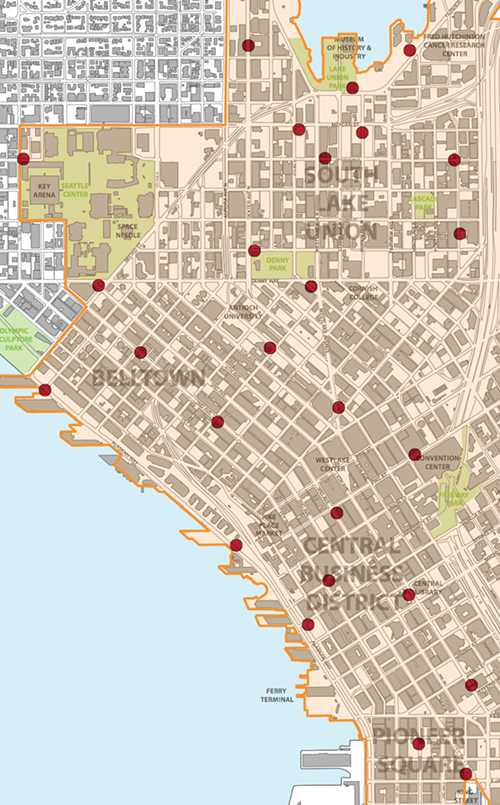 What do you folks think? I am psyched. These bikes are snazzy as hell. And here's Mayor Murray trying one out over the weekend. Lookin' good!

Comments 32
Tags: News Blogs Bikes
The Stranger depends on your continuing support to provide articles like this one. In return, we pledge our ongoing commitment to truthful, progressive journalism and serving our community. So if you’re able, please consider a small recurring contribution. Thank you—you are appreciated!
CONTRIBUTE NOW