In Seattle's New 3rd District, It's Looking Like Alison Holcomb vs. Kshama Sawant

Anna Minard
Back to article

1
Anyone but Sawant.
Moresanity on July 22, 2014 at 8:43 PM Report this
2
Single-issue candidates are the worst candidates.
on July 23, 2014 at 8:01 AM Report this
3
Holcomb has outed herself as the stealth right-wing payback candidate.

A vote for Holcomb is a vote for retreat and lost ground.
AlaskanbutnotSeanParnell on July 23, 2014 at 10:25 AM Report this
4
A rich lawyer?
Who is married to a rich business owner?
Calling herself a "progressive" ?
I spit up my coffee all over the keyboard laughing at that one.
What ever happened to "progressives" who favor struggling working people instead of just the idle rich?
bleep on July 23, 2014 at 11:28 AM Report this
5
@4 Yes. By all means. Let's use your logic.

We don't want a wealthy professional who also benefits from the support of a wealthy husband.

Oh, wait. That means neither of these two would make the cut. 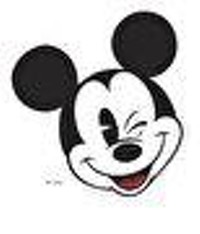 6
She has to run against Sawant because that's who folks like Burgess want off the Council...
Mickymse on July 23, 2014 at 1:07 PM Report this
7
Allison Holcomb has always been part of the pro-business democratic establishment(502 was a carefully crafted corporate bill). We need different voices in our city council not more progressive lip service.

We need voice like Sawant in the room.
1way2grow on July 23, 2014 at 1:31 PM Report this
8
502 was, and is, shit legislation crafted by the business establishment who wants to destroy medical marijuana in favor of corporate profits.

I'm not surprised at all by capitalist pig, Alison Holcomb, as I first came into contact with her some years back when she was interning at an organization. I thought her to be a despicable airhead.

My response to capitalist pig Holcomb:

12
My response to socialist-trot pig, Sawant:

Nick CapHill on July 24, 2014 at 11:14 AM Report this
13
Socialism is rotten and so is Capitalism. What's a voter to do? Scour the internet for the positives and negatives for both Socialism and Capitalism? In the end throw a dart on a board and either land on Socialism or Capitalism. I threw my dart and it landed on Socialism. I am happy where it landed though. The greed and corruption has become nothing more than another crack high, heroin addiction, alcoholic stupor...
on July 24, 2014 at 12:50 PM Report this
14
Very disappointing to see someone you'd ordinarily think would be good in office making, as their first act, a short-sighted attack on an historic socialist candidate win.

Apart from the petty inner politics, and *their* experience of "tiresome rhetoric" - well, what does this have to do with our family and our lives in Seattle? We want to see minimum wage increased to 15. dollars per hour. We want to see more jobs.

Doesn't sound like this candidate is *getting* what's on in the American economy and with the 1%. It also like a good example of why the "American left" in recent years has been so ineffective .. and it's not because of candidates like Sawant who have *finally* won.

Find another race to run in, if you really care about Seattle and the American people.

BTW, I hope another socialist like Bernie Sanders runs for President! You guys don't really think we're going to vote for your weak-kneed Democratic Party politics AGAIN, do you?

Read the writing on the wall! Wake up, "liberals" with you cheap labor and high unemployment that you keep hiding and pretending doesn't exist at the rates everyone else knows very well about!
on July 24, 2014 at 3:38 PM Report this
15
Most know that the current raise wouldn't happened AT ALL if Holcomb was in that seat instead of Sawant. Plus, Holcomb talking about not liking divisiveness, when she is doing what she is doing .. isn't that what you call a case of the pot calling the kettle? Puleez!
on July 24, 2014 at 3:48 PM Report this
17
I may just move to Seattle so I can vote against a socialist. In this race it doesn't matter who is running, just stop these carpet baggers from ruining our culture.

Ask the socialist to create policy that stops the slum lording of low rent buildings. Then make your decision.

With socialism, it's more than your paycheck. Be careful going down that slippery road

witness on July 25, 2014 at 8:06 AM Report this
18
I believe that many of the people who voted for Sawant were really voting AGAINST Conlin. I honestly believe people were tired of his "I know better than you" attitude towards everyone who didn't agree with him.
on July 25, 2014 at 10:45 AM Report this
19
I would definitely vote for Sawant. Progressives are supposed to be challenging conservatives on the city council, not socialists who have made minimum wage increases possible.

I don't care for that photo of Sawant, however. Visually, it seems to play into "socialist stereotypes" with a number of elements. I like this photo a lot better, and think it better represents her, from what I've read:

kshama-sawant-why-its-time-socialism-seattle
on July 25, 2014 at 11:13 AM Report this
22
Holcomb has the balanced voice that we need.
foodista on July 25, 2014 at 2:05 PM Report this
23
On the other hand, you could elect someone who created yet another state run bureaucracy with accompanying taxes, as well as prosecutorial and prison/ jail system for people who drive with THC in their bloodstream, no matter how many weeks have gone by since they used. Not a fan of Sawant, but I'll take the socialist.
af on July 25, 2014 at 11:47 PM Report this
24
To the Sawant supporters or those who are lining up to poke at Ms. Holcomb: I love Alison's comments about Sawant. It is the truth. You can try to demonize her, call her ultra-pro-business, or hang any other unfair tag on her in order to continue your "more fashion than common-sense" approach to politics and life. But the truth remains: Sawant is a self-aggrandizer ... a shrill and unpleasant person who does not know how to lead, but only to divide. To her ilk, success is only won when you make everyone else do what you say, whether or not it really improves the lives of the greatest number of people. To live to be simply a shrill annoyance, with no real knowledge of how to accomplish a truly positive result, makes one deserving of becoming a laughingstock.

In business, people like this are often the "glad-handers" -- they use their affability to hide their general worthlessness and foolishnesses, and kiss ass all the way to the top. Obama did that with the American populace, and they were quite eager to oblige ... for all the wrong reasons (meritocracy, anyone?) ... no surprise there. But Sawant The Strident? Her own life may seem, as currently reviewed by her own substantial ego, to be a huge success and cause for much reverence for her, by others. But sorry, she's a bully ... she's completely devoid of even basic commonsense on most subjects ... she is simply an idiot and thank GOODNESS her own odiousness will soon make her completely irrelevant.
on July 29, 2014 at 2:49 AM Report this