As of a few hours ago, this is no longer called Mount McKinley, it's called Denali. If you're upset about this, you're an idiot. From Ohio. McKinley Peak / Shutterstock

President Obama Is Traveling to Alaska Today: "To the dismay of some Alaska Republicans, the White House has choreographed the trip to showcase melting glaciers and other cherished natural wonders in Alaska that Obama says are threatened by warmer temperatures." Yesssss. Thank you. This super weird August weather and the largest wildfire in state history are freaking me out.

About Changing Mount McKinley's Name: It's about "displaying solidarity with Alaska Natives, who face immense economic challenges and have warned of insufficient help from the federal government." People from Ohio, McKinley's home state, are pissed. "The White House pointed out that McKinley had never visited Alaska."

There Was a Shooting in the Central District Yesterday: Very little is known at this point.

That was some wet and windy weather over the weekend. And it will be wet again tomorrow through Thursday, so let's remember the few good moments we had this weekend, like when this appeared in the sky. Kathleen Richards

According to Meteorologists, Late August Is Unusually Early for Such a Powerful Storm: As one local official said, "This is heart wrenching, a father was just taken from their child, husband taken from their wife, certainly just a tragedy just out of nowhere."

The Wind Storm Killed a 36-Year-Old Man in Gig Harbor and a 10-Year-Old Girl in Federal Way: Among other horrors. "In Shoreline, power lines fell on a truck at N. 185th Street and Dayton Ave. N, setting the truck on fire."

At Least 60,000 People Are Still Without Power: Winds reached 61 mph in Everett.

A Lot of Other People Died Over the Weekend as Well: Including neurologist and author Oliver Sacks; Nightmare on Elm Street director Wes Craven; the fruit industry titan Martin Sundquist; and my brilliant, droll, amazing great aunt Betty, who was an Army nurse in the Korean War, never made a fuss, and suffered no fools. I love you, aunt Betty. Rest in peace.

Three Firefighters Who Died in the Okanogan Complex Wildfires: Were honored in a memorial service yesterday. 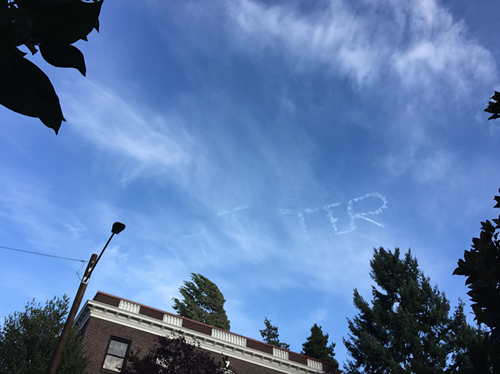 You can already see the wind picking up. Kathleen Richards

In Other Freeway News, I-5 Is Getting Eight Lanes Wider: Between Olympia and Tacoma. 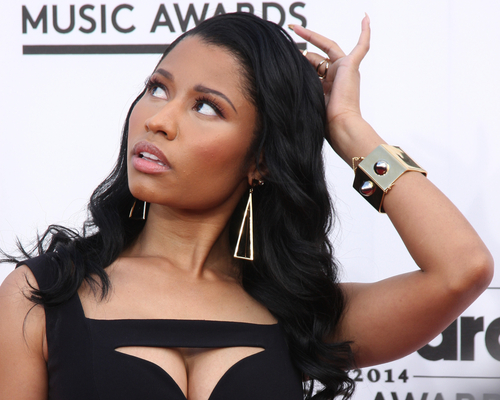 The newspapers tell me Nicki Minaj called Miley Cyrus a "bitch" onstage at the MTV Music Video Awards. I wasn't watching because I was too busy doing literally anything else. Helga Esteb / Shutterstock.com

"Nikki Minaj Has Something Serious to Say About Race—We Should Listen to Her." That's a piece in the Guardian today that I did have time to read, and you should read it, too. "Time and again she is portrayed as an aggressive, angry black woman who goes around picking on sweet white girls. Stereotyped much?"

Also, Miley Cyrus Flashed a Boob During the Show and the World Didn't End: But don't worry Puritanical America swooped right in and took care of it. "MTV said the clip will be removed from all future broadcasts."

"What the fuck, America? A nipple cost me a career!" -JANET JACKSON REACTING TO MILEY CYRUS'S WARDROBE AT THE #VMAS
— Hari Kondabolu (@harikondabolu) August 31, 2015