Central District is a part of this picture, which was taken from a downtown tower. Andrew S. Williams/shutterstock.com
Paul Allen Has Bought and Plans to "Redevelop" the Promenade 23 Shopping Center on 23rd and Jackson Street: The main business operating in Promenade 23 shopping center has been the Red Apple Grocery, which when I lived in the area (between 2003 and 2009), had a reputation for playing great soul music for its shoppers, many of whom were black, and many of whom could be found in the deli on Sunday wearing their Sunday best. More and more of that kind of thing is not entering the future of the area but staying fixed in its past. And now the billionaire Paul Allen owns Promenade 23. This big deal is richly symbolic. He bought the shopping center for $30.9 million and plans, according to the Puget Sound Business Journal, to transform it into something truly wonderful for making money. Blacks now make up less than 20 percent of the CD's population. This was once their neighborhood.


A Note to Paul Allen, the New Owner of Promenade23 Shopping Center: There are ways that gentrification can be done right (or better say best—very little is right about this process). Fat's Chicken and Waffles is an example of doing the thing right. Meaning, it's better to involve the community in a development scheme than to displace it. We want density, but not a density of just of white people.

An Increase In the Number of Young People Opting to Wait for Driving Permits: The main reason young people are waiting to obtain their permits for driving is money. Nothing is cheap about cars, even learning how to drive them is damn expensive. (If you are under 18, lessons usually cost $500.) As a consequence, more and more young people are either not learning to drive at all or learning the business late. Those who learn late, it is believed, are not very good drivers, particularly if they enter the state-funded car market in their early 20s. The article, posted by Seattle Times, only barely mentions that cars are very good at killing young people.

New Rules for People Who Live in RVs in Interbay Parking Lot: KIRO reports that these things have now been banned: Cooking stoves, propane heaters, and power sources to RVs. Recently, the city also banned guests, and leaving and entering between 10 at night and 6 in the morning. These last restrictions, however, have been relaxed a little.

Even White Women Who Do Yoga Are Now Living In RVs Because Rent in Seattle Is Too High: GeekWire has the story and pictures to prove it!

Mountlake Terrace Mom Who Vanished Early Last Week, Reappeared Late Last Week As a Suspicious Death:
According to KOMO, the police are investigating the death of the Mountlake Terrace mother as a homicide. Her body, which was last seen alive on February 8, was found this Sunday "in a culvert at Cedar Way and 244th Street SW." There are small cuts on her hand. Her husband is not considered a suspect. Seattle Times claims the mysterious death has rattled some commuters. 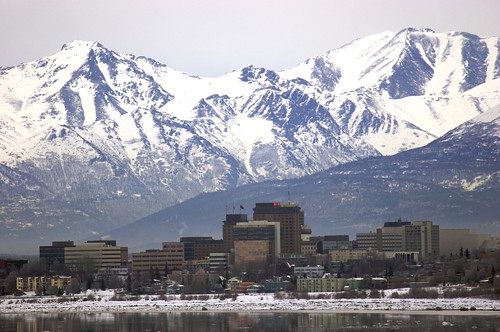 Alaska Climatologist Says Anchorage's Low Snowfall has Nothing to Do With Global Warming: His name is Brian Brettschneider. He is a climatologist at the University of Alaska Fairbanks. He is 100 percent sure that the record-breaking winter that Anchorage is going through has nothing to do with global warming, which is caused by capitalism. Anchorage, the biggest city in Alaska, has gone over a month with little to no snowfall. The last time anything like this happened there was in 1958. But Brettschneider's scientific mind has the power and confidence to rule out one thing: “This year’s low snowfall is no relationship to global climate change.”

Uganda votes on Thursday. Yoweri Museveni has governed for 30 years. He wants another 5 year term. https://t.co/JXaSew4lmp
— AFRICA IS A COUNTRY (@AfricasaCountry) February 15, 2016

Uganda's Yoweri Museveni Set to Win His Fifth Term as President: It seems Obama's African Union speech about the democratic importance of term limits in Africa had no impact on the president of Uganda, a man who is no friend of the gays. Museveni has been in power since 29 January 1986. Only Robert Mugabe, the ancient president of Zimbabwe, has been in power longer.
Comments 26
Tags: News Blogs