1
just pass the text through a spellchecker
Sandiai on March 18, 2016 at 7:06 PM Report this
2
So how come Hulk Hogan got damages but not Paris Hilton (sextape) or Jennifer Lawrence (nude pics)?. Is this institutional sexism/some sort of religious anti-sex moral majority attitude where women who enjoy sex or their bodies are sluts and don't deserve privacy?
iseult on March 18, 2016 at 8:16 PM Report this

5
@2) The main issue was consent to be recorded. Hulk claims he gave no consent and was recorded in privacy.
Achaiwoi on March 18, 2016 at 8:58 PM Report this
6
@2 Terry Bollea got lots of damages, because he had his court case tried in his hometown area, went after an out of town media company, with allegedly large assets. His side proved to a jury that Gawker media was reckless and violated his privacy and posted a sex tape he made without his consent..

The jury added much more punitive damages to the verdict as basically a FU to Gawker to their kind of arrogant defense. The final monetary amount will be reduced in appellate case, and after years of wrangling, both sides will haggle out a settlement, but Bollea will probably get a couple million dollars, (after attorney fees and other costs are deducted).

Jennifer Lawrence and Paris Hilton could sued the alleged creep (s) who hacked their phones, but they probably won't get a Terry Bollea or Erin Andrews type of financial payout, because the hackers don't have the money, Criminal cases take precedence over civil cases, and the criminal case of the hacking is still ongoing. Last, if a major media company did publish the nudes, they may have a case. However, most media companies have much more moxie and legal smarts than the Gawker media. The Gawker media really, blew this one. They should had settled quickly and early on this disaster of their own making. As much as I feel Terry Bollea is in the Gary Busey/Meatloaf category, he did have a pretty strong case on consent and privacy, no matter if he is Hulk Hogan..
ferret on March 18, 2016 at 9:18 PM Report this
7
@2: They weren't leaked by Gawker is probably why Gawker wasn't sued?
undead ayn rand on March 18, 2016 at 9:21 PM Report this 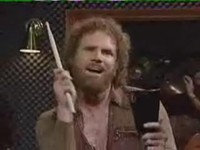 9
Now I regret filming those scheiße scenes with Frank Blethen.
brian on March 18, 2016 at 9:59 PM Report this

10
Good. Gawker is a shit hole filled with shit holes who work for it. I hope they go bankrupt soon and disappear forever.
Urgutha Forka on March 18, 2016 at 11:34 PM Report this

11
Good, when "the fappening" happened, Gawker was right out there rightfully saying it was a horrible thing, but as soon they get a hold of a male's private sexual media, they posted it right on their site. Fuck Gawker and their hypocritical bullshit. I hope they go bankrupt, but I am sure they have been hiding assets well in advance of this.
Theodore Gorath on March 19, 2016 at 6:15 AM Report this
12
@6 Lest we forget, whatever the final amount awarded Mr. Bollea, his attorneys must be paid before he receives his check. He might be able to buy a couple of pairs of gym shorts with his winnings, when all is said and done.
SNJ-RN on March 19, 2016 at 6:24 AM Report this
13
@11: I'm sure future companies will do the same through shell "leakers", but I'll enjoy seeing Gawker fail for it now.
undead ayn rand on March 19, 2016 at 7:04 AM Report this
14
Shame Jezebel didn't do an article on their parent company's interest in revenge porn. Glad Lindy got out when she could.
undead ayn rand on March 19, 2016 at 7:05 AM Report this

15
@2: Paris Hilton's ex settled, obviating the need for a damages award. There was also a counterclaim by the ex for defamation because Hilton heavily implied rape, and the counterclaim reduced the net award.

(1) is not yet completely disposed, so she may yet receive damages,

(2) is based on copyright law instead of invasion of privacy, which makes it considerably trickier, and

(3) is suing web hosts because of user uploads and search engine results that they are currently playing whack-a-mole to remove when discovered. The worst Lawrence can allege is that they didn't move fast enough to axe content. That's a far cry from Gawker deliberately and willfully posting the content itself and then refusing to remove it when asked.
XiaoGui17 on March 19, 2016 at 4:00 PM Report this
16
Seriously I have no idea how someone is conflating the reporting on someone leaking someone's private sexts with a corporation publishing someone's sex tape directly, which I assume they did? Celebrity gossip is disgusting and reporting on this stuff is distasteful enough but someone republishing stolen content is certainly something that should be punished as harshly as can be done in a civil suit. May these sites be dragged to the level of the garbage content they host.
undead ayn rand on March 19, 2016 at 4:20 PM Report this
17
What they did to Terry Bollea ain't even close to as low as Gawker Media can go. Their outing of David Geithner was disgusting. They stood on the high ground of editorial independence and free speech in the name of publishing a story that would have made The New York Post balk.

It's a shame because from time to time Gawker was capable of genuine quality journalism.
Westside forever on March 19, 2016 at 4:36 PM Report this 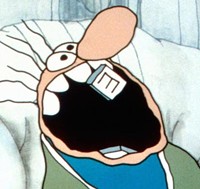 18
Not to brag or nothin', but the current editor-in-chief of Gawker personally told me to go fuck myself. In the comment section. On a Gawker sub-blog. On an article he didn't write. Because I said something critical of Jezebel. (It was legit criticism, not trolling.)

Fuck Gawker and the horse they rode in on. They're the liberal Fox News. I was sort of hoping the fiasco in which they outed some relatively unknown CEO (based on a single source who may have been trying to blackmail the guy) would bankrupt them. (And then when the owners pulled the article, the editors whined about their editorial freedom! Gah!) I wonder if they'll weather this storm too.

Well, it's also an African American couple. I don't think it's an intentional reason for the omission, but now I'm trying to remember how many of the people that Dan has tried to help via internet or that Slog in general has tried to support have been people of color.
seatackled on March 19, 2016 at 10:44 PM Report this
22
@11 Gawker ALSO linked to Google searches of the Fappening photos on their first story and then killed the links only after people were pissed off.

So. Yeah. They've always wanted it both ways.
Dr.Zaius on March 20, 2016 at 8:15 AM Report this
23
@21: You can't remember because no-one has ever thought of tallying that up, until you.
raindrop on March 20, 2016 at 11:32 AM Report this
24
1) Gawker deserves to lose this case. There may be a time when publishing a sex tape (not just reporting that a sex tape exists or was released) is newsworthy, but Hulk Hogan boning some radio personality no one ever heard of's wife is not that time.

And that would be a really unfortunate, though not uncommon, oversight.
seatackled on March 20, 2016 at 8:53 PM Report this
28
@17 Even though it wasn't part of the trial, Nick Denton is certainly the person who leaked Bollea's racist rant that was also part of the sex tape, *after* the suit was filed. That really did destroy Hulk Hogan's career. He's been erased from WWE archives, plus a lifetime ban from the only major league pro wrestling business in the country. Denton and Daulerio hurt their case by just being themselves, which is to say, sleazebags.
Sir Vic on March 21, 2016 at 8:29 AM Report this
29
@26: Yes, I'm aware. I mean the notability of the participants wouldn't self-justify the release under any circumstances.
undead ayn rand on March 21, 2016 at 10:34 AM Report this