The Morning News: Trump Campaign Chairman Paul Manafort Resigns, Judge to Those Who Lost Lives and Homes in Oso Mudslide: It's Your Fault

1
Wow. That's some Grade A assholery in the Oso item.

Oso is hardly in the middle of nowhere; it is ten minutes away from Arlington, a community that is over a hundred years old. One hundred years ago, most of Western Washington was "no place for a home" by Mudede standards in 2016... But there were timber jobs and a railroad in that area. You know, they stuff that built civilization in those times.

I'm not saying the judge was wrong in the ruling, just that Mudede is an insensitive prick. Congrats on another successful trolling attempt, Charles.
kitschnsync on August 19, 2016 at 9:07 AM Report this

2
Charles asks why those people decided to live in the middle of nowhere, then two stories down the headline is, "Pedestrian Hit on Rainier Avenue:"
MrBaker on August 19, 2016 at 9:42 AM Report this
3
My expectations for alt weekly blogging isn't very high, but the comments re: Oso are exceptionally stupid.
Greydon Clark on August 19, 2016 at 10:05 AM Report this
4
Nothing like victim blaming for Oso. Will he blame the folks in Louisiana because they live in a flood prone area.

Is it possible to report Charles for being an offensive ass-hat?
foobarbaz on August 19, 2016 at 10:10 AM Report this

5
If you are the type of woman who gets out of a car in a dark urban area, looks at the graffiti, the rundown homes, the lack of streetlights, and thinks "think is where I should live/walk/exist," than it is hard to believe the warnings about how such areas can be dangerous would change your mind.

Wow, what a shitty argument when you think about it for two seconds and apply the "logic" to another circumstance.
Theodore Gorath on August 19, 2016 at 10:17 AM Report this
6
Charles probably thinks they are a bunch of redneck hicks so his compassion is pretty low for them. I mean didn't he argue that people who voted for Brexit shouldn't have been allowed to vote if they were over a certain age?
Cato the Younger Younger on August 19, 2016 at 10:31 AM Report this

7
@4 it wouldn't do any good obviously, since you're still here
JonnoN on August 19, 2016 at 10:57 AM Report this
8
One could argue that people in Oso were told by geologists that they lived in the runout zone of an active landslide but it doesn't absolve the state for having inefficient logging regulations and ineffective enforcing agencies and no mandatory disclosure of all known hazards upon property sales.
anon1256 on August 19, 2016 at 10:59 AM Report this
9
My memory could be faulty, as "I'm going slightly mad!", but I think I read - in the news coverage of the Oslo disaster - that the government warned people not to live in those areas, because of high mudslides risks from slope destabilization caused by the clearcutting of the forests above them.

These people should try to sue the logging companies for clear cutting without any regard to the safety of Oslo community , not the government. The government had no authority to either compel the companies to stop clearcutting, nor stop the people from building their homes there.

If you want to be free to live wherever you want, and give corporations the right to do whatever they want with natural resources, then you can't blame the state when your property get burried by mudslides and avalanches, or washed away by storms and floods, or fall off the cliffs into the ocean, etc.

12
Dear people, Oso represents for me too bad infinities that are no longer sustainable: sprawl and unfettered resource extraction. That's all that is out there.
Charles Mudede on August 19, 2016 at 11:51 AM Stranger Staff

15
Wait, what? "Safety, it's often said, is in numbers."
That's not particularly relevant to where people live.

Many numbers of people live in Seattle, but if the Seattle Fault shifts suddenly, many of them will be dead. Or hell, if the CSZ shifts, tens of thousands will be dead in urban areas up and down the coast. Or hell, look at Louisiana recently, or Japan in 2009, or... well, the list is endless.

17
Meanwhile, tens of thousands are homeless in Louisiana (and hey...Black Lives Matter, many of them are black so you'll get right on that, right? Right? Oh.).

And Hillary Clinton is nowhere to he seen. Disaster response and recovery is a MAJOR part of the President's job description. And Clinton is failing big time. Why isn't she there drawing attention to the crisis? Why isn't Tim Kaine drafting relief legislation in a highly public manner? This is a prime opportunity for a dry run at actually being in charge and she's too busy hitting up Wall Street for cash or whatever.

She's going to win in November, but this does not bode well for her administration.

Incidentally, people in Louisiana (and elsewhere) are noticing just how little their lives (black and white) really seem to matter outside of the context of whatever cultural issue is the latest hot topic.

But hey, it was really important for me to hear about German burkas.
Corydon on August 19, 2016 at 12:27 PM Report this
18
That sure is an awfully "fuck you, I got mine" attitude for a Marxist to have, re: Oso.
Knat on August 19, 2016 at 12:41 PM Report this
20
If you look at any number of USGS maps (free! available to all! easy to find on the internet) the vast majority of Seattle is double dog fucked when Cascadia goes. The loss of property and lives is going to be potentially massive. And much like the people who lost their homes in the Oso slide should have known about the natural hazards they were signing up for, the general populace has been warned for years and years about what potentially is going to happen to your house and/or you if you elect to live in Ballard and Cascadia goes.

So, good look with your theory about safety in numbers.
devilwithinthedetails on August 19, 2016 at 1:04 PM Report this
21
@17: Apparently Trump is touring the Louisiana flooding today. You're right, Hillary should have seized on that first.
raindrop on August 19, 2016 at 2:13 PM Report this
23
GOD I know your writing always has a trolling aspect to it but your head is so far up your ass about Oso. Had you ever been there before that happened? The hill that came down did not at all look like a danger. I remember reading interviews with people who lost their homes who said they had never been warned about the geologic dangers, even when they first purchased the properties. Should they have thought about it? Sure? But are you saying people should only live in flat areas? Or geologically stable areas? Seattle sure isn't. Also how is there "safety" in numbers when it comes to housing?
Why did those people choose to live out there? Maybe because some people don't want to live in the fucking city? You can argue for density all you want but that won't make everyone agree with you. Some people genuinely believe their quality of life is better outside cities/in rural areas, and WELL GOSH FUCK THEM for considering their perceived quality of life over musings about density and the future of humanity.

Are you just trying to be as awful as possible?
anniebat on August 19, 2016 at 3:01 PM Report this
24
Lest we forget, Charles also made crass and uninformed assumptions about a memorial to a fallen pedestrian here within his own city, because he assumed, without research, that shoes that were nailed to a telephone pole were "hipster art" that represented the worst aspects of "gentrification."

He was too busy trying to use that "hipster art" as a defense of his anti-"gentrification" thesis to realize that the shoes were, in fact, a memorial to a woman who was killed by a car driver while crossing a street. Guess what's actually destroying this city? Gentrification? Or our poisonous automobile culture? Even in the face of this paradox, Charles never backed down.

When confronted with that fact, he wrote a second post, defending his (incorrect) assumption and essentially saying, "Sure, it's a memorial, but it doesn't change the fact that "hipster art" is destroying our cities.

So, to all of you who are hoping Charles will understand the pain, the moral fallacies, the illogical incoherence of his statement that the Oso people got exactly what they deserved and for choosing to live where they did, let me save you a little time: he's made up his mind about Oso, and nothing you can say or do will change it. Charles, much like Donald Trump, is too concerned with making an argument and proving his point and he has no room in his public presence for apologies or admitting fault.

You can tell this, because he never does it. Just like Donald Trump, Charles Mudede refuses to say he's sorry.
JortSandwich on August 19, 2016 at 4:27 PM Report this
25
And rest assured, any follow-up commentary by Charles Mudede will center around how we "don't get it" and how "nothing we are saying proves his argument wrong."

Anybody who has watched his public profile for any amount of time will see this.

Charles, please: I encourage you to chime in and tell us all how we're actually wrong about this, and how this is all OUR fault for not understanding your argument. I await your predictable repsonse.
JortSandwich on August 19, 2016 at 4:29 PM Report this
26
I very much agree that undoing sprawl (and preventing more sprawl due to gentrification) should be a major goal of our society. We need to live more efficiently, and a big part of that is urbanizing nonfarm households. But really? Maybe living on shitty property in the middle of nowhere was cheap and they were poor? Seattle's expensive, especially for the like 5000 people living on the street right now. What if they have agoraphobia? I'm just saying that judging is a dick move.
Purple Violet on August 19, 2016 at 10:32 PM Report this 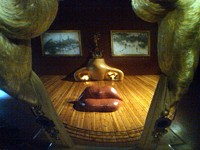 27
@23, actually the site of the Oso slide did look rather dangerous prior to the event. It had slid before in much less grand fashion and was known to be unstable. The risk is clearly evident on google earth images prior to the devastation. This story is really about "Freedom County," a Tea Party precursor that had SnoCo by the short hairs for years. The end result was a semi-rural populace and developers who believed they should be able to build wherever the hell they wanted, with no regulation, and county politicians/staffers too cowed or co-opted by them to say no. There's plenty of culpability to go around.
breezely on August 20, 2016 at 11:16 AM Report this

28
Oso came about thanks to a clusterfuck of greedy real estate developers, greedy county officials, and logging in an area that really needs old growth trees to suck up water and stabilize the ground. Home buyers depend on the state and local regulations to protect them. The county is responsible for not protecting the public from what they knew was unsafe.
yucca flower on August 20, 2016 at 7:12 PM Report this