Ana Sofia Knauf
Back to article

Several of them are murderers. What should we do with them, send them home and ask their moms to keep an eye on them?
Zarna on December 19, 2016 at 4:36 PM Report this

But seeing as how the entire city block that the old Public Safety Building was on is still vacant fifteen years after the building was demolished doesn't give me hope. The money that would have been gained by selling it to a developer would have built hundreds of the affordable housing units everyone is always yakking about. But we're holding on to the hope that someone will come along and build low-income housing there, on some of the most valuable land in the country because, after all, poor people deserve to live in the mess that is Pioneer Square.
Catalina Vel-DuRay on December 19, 2016 at 5:40 PM Report this

Not a bad idea, especially since South King County is becoming such gangbanger paradise and general sh*t hole.
Zarna on December 19, 2016 at 6:10 PM Report this

On this I agree Why spend the money. Keep the little murdering/stealing/raping POS in the current building for all I care.
Zarna on December 19, 2016 at 8:32 PM Report this

And you realize, don't you, that even if this idea were to succeed, that money would not be made available for some alternative method of dealing with juveniles. It was approved by a vote of the citizens to build a new jail. That money would have to be returned to the taxpayers and the process would have to start all over.
Catalina Vel-DuRay on December 19, 2016 at 8:40 PM Report this 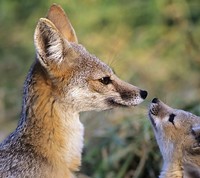 Donate to a lawyer who will sue Trump on the Emoluments Clause.
Wandering Stars on December 20, 2016 at 6:27 AM Report this

18
Thank you to all of our elected officials for standing up and speaking out against President Twitter Troll and his hate-crazed, racist, sexist, xenophobic policies. Washington state will not fall to the fascist RepubliKKKan lunacy gripping the Red States.
Original Andrew on December 20, 2016 at 8:29 AM Report this
19
FUCK YOU ALL! I can't believe you liberal, pansy, snowflake bigots can get away with blaming Donald Trump for your own misandristic, heterophobic, and Christophobic problems all because he turned Republican and he's not even in office yet. Obama didn't do shit for this country other than run it almost to the ground the eight years he was in office, and you blathering idiots regard him as a god! The homelessness problem IN THIS STATE got worse because of him! 4,505 people in King County in 2016, anyone? I hope Washington State loses its Federal funding for being a sanctuary state, and putting all its native and natural-born residents in jeopardy! I hope you same jackasses realize that without a juvenile justice facility, teenagers will never understand the consequences of their actions; it's not slavery to correctly punish children in the Justice System. Furthermore, You all are hypocrites to believe that Washington State is going to be a "hate free zone", because once a Christian like me voices my opposition to ANY matter you stupid Social Justice Warriors come up with that's against the very God you hate, it is considered hate speech, 1st Amendment rights are being censored, and I am (or some other Christian is) being prosecuted for committing a hate crime against you Christ-haters. Yet when Muslims, who hate gays, women, blacks, Jews, AND Christians, by the way, say ACTUAL hate speech in regards to THEIR RELIGION, it's considered all right. Oh, AND Muslims all you infidels dead. Allu Ahkbar! You know the very God that none of you believe in will be judging you, and the Lake of Fire will be your destination! Repent or perish!
Arby1987 on December 24, 2016 at 10:21 PM Report this