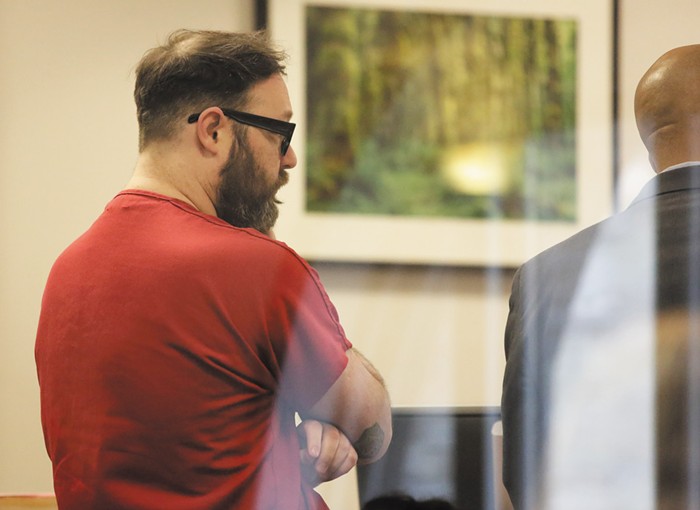 Attorney General Bob Ferguson says he hopes the case will send a message. jason redmond
Back to article

2
@1, aside from making an asshat comment, you also didn't read the article. This piece is about civil litigation for consumer fraud and deceptive business practices, not the criminal rape prosecution against the guy.

But to answer your (rhetorical and asinine) question: yeah he's also breaking the law when a check bounces. Would you put down McDonalds workers that sued if their paychecks bounced? Would you be pissed if your employer tricked you into working for the last two weeks for free?

Matt Hickey is the MRA Che Guevara. You guys should print a bunch of red t-shirts. Make dorm room posters. He speaks to you, through his life, he embodies what you are. Don't let no one take that away from you bro. 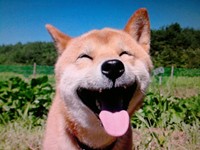 18
This is a creepy story, but someone answer this:

There still would be criminal charges if Matt Hickey had a bona fide talent agency..

What Matt Hickey did, was criminal. He used fraudulent means to rape and physically assault these women..

21
At least I don't run a newspaper in Seattle that hired this guy as a freelancer.
Last of the Time Lords on December 21, 2016 at 8:38 AM Report this
22
How could you avoid hiring someone like him? Just look at this thread; dudes who think like that are everywhere. Practically the norm. They don't call it rape culture because it consists of exactly one guy who's currently in jail in lieu of bail.

24
Rape accusations aside, Hickey may have been doing something unethical. But illegal?

Is it illegal for an aerospace company to contact employees of competitors purportedly to make them job offers, but in reality to find out what projects that are working on? Yes? I don't see many of their managers marched into court in orange jump suits.
Holmes on December 21, 2016 at 9:08 AM Report this

25
The Stranger thinks girls are too dumb to know better and to do sufficient research prior to taking tequila shots with a stranger with the intent to willingly have sex with said stranger for money. 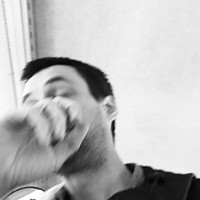 29
#18 "this is a creepy story, but someone answer this."
Your casually entitled tone is the first red flag. Very bro-y to demand explanations for things you don't understand.
As far as your absurd hypothetical scenario that is meant to, i don't know, prove a bizarro world matt hickey's innocence, it, um. seems like the only point is to prove bizarro world matt biceys' innocence.
so okay, in good faith i will appease your demand and answer you, kinda.
There is no dude in the porn industry who has girls over to his apartment to fuck them as part of a "job interview".
oh pistolgrips, my oatmeal's ready.
ta!😉
Mattberkley71 on December 21, 2016 at 9:38 AM Report this
31
Caveat fornicaro
herrbrahms on December 21, 2016 at 10:06 AM Report this
32
@24 - actually, an employer offering a job only in order to solicit trade secrets would, I believe, constitute tortious interference, because the company was offering inducements under false pretenses to the employee to get them to violate their obligation of non-disclosure to current employer. Much like in this case, the "prospective employer" would be open to civil, not criminal, action. Much like this case, the odds of the scheme being uncovered would be low.
Centrists Rule the World today on December 21, 2016 at 10:11 AM Report this
33
@18, @20 - "If a man dresses as a woman and gives you a blowjob, would you even be upset if it turned out he had a vagina?" The logical equivalent of your nonsensical argument. If he was a porn recruiter, there would be no story, but see, he wasn't. So tired of bullshit false equivalencies.
Centrists Rule the World today on December 21, 2016 at 10:19 AM Report this
34
@27 - your imaginary sister asked me to remind you that hickey wasn't charged with rape. He is being sued for consumer fraud.
Centrists Rule the World today on December 21, 2016 at 10:20 AM Report this 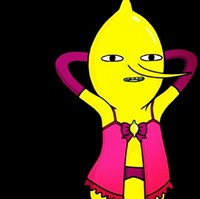 35
Hickey IS being charged with three counts of rape. They are just not with the women involved in this scam
lilitu83 on December 21, 2016 at 10:28 AM Report this
38
Does your sister know that you use her rape as your shield, Zarne?

I can't believe my MRA Bingo Card doesn't have a "my sister was raped" square. Fucking liberals can't do shit right, you know?
Ph'nglui mglw'nafh Cthulhu R'lyeh wgah'nagl fhtagn on December 21, 2016 at 10:42 AM Report this

Meanwhile, The Stranger runs ads for human trafficking, and allows people to post death threats to elected officials in articles written by the same "investigative journalist" who wrote this amazing piece.
nrutas on December 21, 2016 at 11:38 AM Report this

40
Good lord, can some of you people discussing the rapes vs. fraud understand that there are two separate issues, one civil, one criminal? This is the civil complaint about the alleged fraud; go bitch about the rapes in the criminal threads. And briefly consider that he wasn't just advertising porn. He was advertising for fetish modeling that also allegedly ended up rape-y.
herpaderpa on December 21, 2016 at 12:01 PM Report this
42
A laughable case of wasted taxpayer money.
Matt Hickey is innocent on December 21, 2016 at 12:10 PM Report this
43
@36 - he was criminally charged in a separate case for having sex with women too drunk to consent. You know - rape.

In this case, he's being sued for deceiving other women into giving consent.

Whether the women who went to the audition knowing they were going to have sex with the photographer, what happened was rape. The consent was given via fraudulent means. It is coercion by Matt Hickey with some in depth fraudulent ways.

If you read the original article.

Read the comments section from the original article done by Sydney, you read about how women in Matt's past dealt with his serious behavioral problems, in Seattle and Olympia.

49
This whole thing has really given a major ick factor to the fact that he used the handle "Matt Fuckin' Hickey" when he used to be on Slog a lot. I can picture him laughing to himself over his little double entendre.
Matt from Denver on December 21, 2016 at 1:01 PM Report this

50
@ 48, the district attorney's opinion differs from yours, and it carries more weight as well.
Matt from Denver on December 21, 2016 at 1:06 PM Report this
51
@48 "So if a girl gives me a blow job because she thought that Ferrari I was driving was bought not rented, I'm a rapist?"

Why don't you read the original article about this saga..

This isn't about white lies, or stating one lie. This is about a sexual predator doing some in depth deception, besides prowling for victims. There were also numerous sexual assaults, both of women who did the modeling/porn audition and other women in the Seattle Area. This isn't about being a cad, this is about a defendant who is accused of numerous sexual assaults. He also went to some lengths to hide behind made up characters in order to commit his crime..

ferret on December 21, 2016 at 1:16 PM Report this
52
@18 I'm friends with one of Dov's accusers. It might be not unheard of in the industry, but that doesn't upgrade it to legal/ethical/fair/correct.
Sportlandia on December 21, 2016 at 1:29 PM Report this
54
Guys, Zarna has been here for the last 24 hours straight. Clearly by attaching himself to this story he has no life and is displaying the kind of bizarro rationalizing that he uses to tell himself he's not a loser.

I doubt your "If a guy drives a ferrari and..." argument would hold up in court either. But I'm sure the attorney general appreciates your comment-section "legal advice." Don't worry if they never cite you in court or anything, like they did with... oh wait, THIS STORY??
misdirectedcorrectness on December 21, 2016 at 2:01 PM Report this
55
So I'm looking in the Stranger's ad section. I see an ad offering to help get sex offenders of the registry. Numerous ads for strip joints. Sketchy looking "hook up"/sex phonelines. The Stranger seems perfectly OK with perverts and exploiters as long as they pay their bills.
Matt Hickey is innocent on December 21, 2016 at 2:03 PM Report this

59
you lost, apologists. get over it. hickey was charged criminally for some rapes, and then charged civilly for his business scam to solicit sex from women. make all the analogies you want, make all the comparisons you want, you're wrong. you lost.
in-frequent on December 21, 2016 at 4:11 PM Report this

60
it's not apologists, it's confusing to say sex is a commodity, and sex work is a normal job, but then bring rape charges when you're not paid.

the two cases against him illustrate this perfectly: if he is found guilty of raping these women, will they also be able to sue him for unpaid wages?

and will anyone ever call out The Stranger for running human trafficking ads that enable these types of creeps to rape sex workers?
nrutas on December 22, 2016 at 12:33 PM Report this

61
@52 I'm not excusing Dov, I'm saying why is it "acceptable" for Dov to do the same thing as Matt simply because he paid the women and put the photos in magazines?

they're both rapists. one just is a successful rapist.

The Stranger seems to be OK with exploiting women as long as they are paid for it.
nrutas on December 22, 2016 at 12:35 PM Report this

62
@45 @46 why don't you also quote the rest of what I said? taking me out of context to make me seem like a rape apologist is almost as scummy as The Stranger running ads for human trafficking.
nrutas on December 22, 2016 at 12:38 PM Report this
63
@62. If you want to be in context, then you shouldn't take bits and pieces out of context in the first place.

I quoted the relevant text that I wanted to respond to.. You also asked a question, which i thought was in good faith, but now, I just see it as MRA trolling and you are a rape apologist, given you refuse to even read up about the case. Matt Hickey has been a sexual predator for probably over a decade..
ferret on December 22, 2016 at 2:11 PM Report this

64
Okay, yeah, this guy is the worst kind of perve and he or anyone who does what he did should go to jail, I agree. But WTF does he have to do with "Men's rights"? That is a VERY large umbrella term that covers everything from assholes on the fringes of 4chan to people fighting for the rights of Single Fathers (yes, they do exist) to doctors who are vocal about men's health.

I love how anyone who accuses Bernie Sanders of being the same as Stalin is called an idiot (and rightfully so) but it is okay to connect a rapist to people like this asshole to the Good Man Project.

And the above will receive as a reply ad hominems and nothing of substance from the same buffoons who don't understand why they lost to Trump and think that dirty word "nuisance" is only used by Foxnews reporters.
collectivism_sucks on December 22, 2016 at 2:57 PM Report this
65
Isn't this the same guy that went on about sexism in gaming? This is how I expect most SJWs conduct themselves outside of public view.