Why vote when you can just buy the politicians?

Stop writing about this guy. He's not a serious candidate and doesn't deserve free media coverage. Negative stories still keep his name in the headlines. 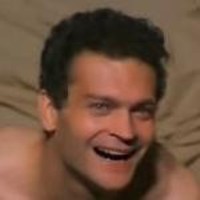 C'mon. People like Trump and Schultz vote with their checkbooks. This has been true since approximately forever, but it doesn't make it any less hostile to democracy. Stop pretending like his voting record matters even a fraction as much as his political spending.

@2: That's always a stupid narrative. Trying to manipulate history by puppeteering the media is like chasing windmills. Lefties need to learn that the way to make a better society is to adhere to the principle of transparency and that sunlight is the best disinfectant. People will make up their own minds, and the more media the better.

What in the world ever gave you the impression that our resident handle-hopper was a Leftie?

Jesus fucking Christ one a stick, what an annoying tool this wanna-be robber baron glorified Barista this guy is. He doesn't make, build, invent, or even manage anything. He brews an ok cup of coffee, then promptly ruins its with corn syrup, Reddi Wip, and pumpkin spice and sells franchisees. He doesn't even really manages any thing.

He brews a decent cup of coffee, ruins it and sells franchisees. That's another Trump without the constant bankruptcies and money laundering.

Shut up and sit down Howard.

While I'd never vote for this guy, citing somebody's voting record as a reason to vote for or against them is silly at best.

12 - That is so incredibly stupid that I really believe you think it is true.

So, voting is a pious ritual that is mostly a sham used to manufacture the illusion that government is operating with the consent of the governed. That's the Schultz perspective, and you'll find it repeated by cynics all over the political spectrum.

So why vote at all? Well, there are real effects that follow on from it. Hence the GOP's attempts to disenfranchise as many as possible.

But mostly, if you approach voting from the perspective of being a solitary individual, then it's easy to arrive at this conclusion. How many elections are decided by just one vote? So few that the ones that are will often make national news, even if they're just for dogcatcher.

But if you approach voting as a collective action, something that we do in concert with our fellow citizens, to our mutual benefit, if we see voting as something to organize around, then voting makes much, much more sense. My one vote may not mean much, but when joined with yours and yours and yours, suddenly we begin to carry much more weight. Hanging together or hanging separately.

Schultz, being a billionaire, focused like a laser on his own enrichment, cannot see the common good, cannot understand the power of collective action except insofar as it poses a danger to himself (which is why he's running). Of course voting is meaningless for him.

The only thing Schultz' entry into the 2020 campaign will kill is his own already tarnished reputation...

Who votes in these random elections they do at random times in order to get things passed because the only people voting are the supporters?
No politician will be able to beat Donald Trump. Only an outsider can beat him. Is it Shultz? Maybe. Unfortunately the DNC will never let him win the primary, so he can only run independent.
Voters said no to Hillary, one of the most experienced candidates ever and nominated Obama. Obama beat McCain a seriously experienced candidate. Then he beat Romney. Then Bernie Sanders who normally would have zero chance of winning almost did because he is more of an outsider than any politician.
And Clinton got annihilated by Trump, the outsider underdog. Not one Democratic candidate has a chance currently. I expect the best candidate to make a late announcement because currently, we're screwed.

Clinton won the election by ~3 million votes, and then the despicable (s)Electoral College installed Tdump in office against our will. Oh, and there’s the fact that presidents, even fake ones, with approval ratings in the sewer don’t get reelected.

Anyone nomimated by the Dems will beat Prezinazi AntiChrist like a drum.

@3
You don't need a stamp for mailing your Seattle ballot. But you still have to fill in the ballot, sign it, and mail it or deposit it in a ballot box.
That's too hard for some folks, I guess.

Well, as someone who writes the most widely-read public education blog in the state, I say boo to him.

@19 StupidMAGATroller: See comment @21 and pull your head out.
@20: You really need to go get your shots, muffy. And get rid of that hideous rug.
@21 Original Andrew for the WIN! Seconded and bravo, sir!
@3 seatackled, and @22 pat L: I know, right? Isn't it nice that Washington State ballots come postage free? That should really make voting not only a civic duty for the preservation of democracy, but a win-win no-brainer.
Exercise your rights and vote, people--it really counts.

"Who can forget the Totalitarian Communist Nightrmare under Eisenhower and Kennedy!" --concerned FOX fiend

Have you considered doing a piece on JZ Knight, the infamous 'psychic' of Yelm who also goes by Ramtha?

I mention this because, like Shultz, she's rich as hell, she makes massive political donations, is a con artist and completely full of shit. Thurston County doesn't on the surface look like a haven for corruption, but follow the money from Knight to the PACs she supports and you'll see it.

She's also a Washington institution. I don't think anyone as bizarre as Knight could exist anywhere other than Washington state. She makes antisemitic, homophobic and racist comments from the 'pulpit' (so to speak), and then sues anyone who posts video of it publicly.

She isn't running for office (yet), although her money could probably get her elected at least in Thurston County if not at the state or national level. However, the spotlight shone on her in the process would likely bring down many of the people she has already given money to.

Would it have mattered?

Way too many people just kneejerk voted yes for anything that says "schools" on it. Never-mind that this will only make housing even LESS affordable...