The Case for President Jay Inslee

Very trendy.
Trying to stop climate from changing is a fool's errand.
And will waste time and resources critically needed to adapt to climate change.
Maybe Inslee can hire some scientists to explain it to him.

Governor Carbon Panic has a snow ball’s chance in hell. One poll has him at 0%. He’s after a cabinet position and a 3rd pension.

On the plus side, if he were to win, I’d invest in the yellow vest business.

So there is a lot to be said for using a political campaign, one you know you're going to lose, to push for your policies.

That's actually what Sanders did in 2016.

The problem with that is, you have to do well enough to actually catch the attention (if not the vote and money) of the electorate. In other words, how do you become a Sanders and not a Jim Webb? It's going to be hard standing out in this crowded field.

Rumors in Olympia whisper that our governor is lazy and undisciplined. Couple that with hanging his hat on a single issue doesn't look good for winning primaries.

We’ll all forget by July he was even running

Inslee isn't running for President. He's amping up his name recognition to be picked for Secretary of the Interior by the next Democratic President.

Polls at this point in the race are notoriously unreliable. They simply reflect name familiarity. At this point in the race, no one knew who Bill Clinton was. Obama was way behind Hillary Clinton. There are exceptions, of course. Vice Presidents are usually nominated. But in a race this wide open -- a race a lot more like 1992 than 2000 -- polls at this point are pretty much useless. It is quite likely to be someone a lot less well known than Sanders or Biden.

My own guess is that it will be Castro. Like Inslee, he has executive experience as well as experience at the national level. Castro actually has executive experience at the national and local level, which few other candidates can claim. He is young, progressive, good looking and Latino. All of those should work in his favor. Even being a twin should help, if the race is as close as it has been the last couple times Republicans won (if you get twins in Florida to vote Democratic then Gore and Hillary Clinton are President). Castro is my pick because he is capable, progressive and most importantly, can win.

But I'll also support Inslee. He may be a one issue candidate, but it is the biggest issue, and the guy is capable of winning as well. He is also more qualified than most of the other candidates running. As Rich wrote, even if he doesn't win, at least he is pushing for something that needs to be pushed.

Inslee has been a favorite politician of mine for years. He is a decent and thoughtful man, trying to do right for his constituents.
Unfortunately, that counts for little in national politics.

Interesting. I'd not be put off by him at all and he's not really carrying any serious baggage yet (at least that I'm familiar with.) Even with it's increasing democratic presence though, I still don't think he carries Texas, which is a bit of a bummer.

@10 Agree. If you're leaning left of center, Castro looks pretty good and is getting lots of priceless publicity on the news channels. Polls don't matter this early. And yes, Inslee is running for Secretary of the Interior and I wish him all the best with that.

@4 It's not as absolute as all that but, for once, Castro's (Biden, O'Rourke, etc.) plumbing might hurt him a bit this time around...

Another Luciferian communist UN Agenda 2030-humping anti-human. Throw him in the garbage and do not recycle.

Governor Inslee? The guy who oversaw the largest increase in homelessness in Washington State history? The guy who couldn't even get a carbon tax passed if his life depended on it?
BC passed a carbon tax, and their emissions increased.
We can't ban or tax our way out of climate change. The only solution is investments and incentives for clean technology. Otherwise your just doubling the price of heating oil for grandma and grandpa living on a fixed income and patting yourself on the back while China burns coal.

@19 "BC passed a carbon tax, and their emissions increased."

You got a source, because that's bullshit.

Rich: think outside of the Man's Box! ( like pondering the dissolution of the U.S.A.; Bluexit; Blaxit, etcetera . . . . nbufront.org & #LateStageCapitalism ).

It really whips ass that the people who don't think we can have an impact on the planet also think
The Clintons run a child sex ring out of the basement of a pizza place
AOC is training an army or stormtroopers to confiscate your hamburgers
Hospitals kill kids after women give birth and call it abortion
The president is a Christian
A wall on the southern border will do anything to prevent immigration
The 1950's was when America was "Great" but they don't want to return to the tax rates or college tuition from that era.
Single payer is a system where you can break into a doctors house and demand a free colonoscopy
The best statues are the ones commemorating a dickhead that though slavery was good and sucked at war.
The best thing we can do for the economy is to make it easier to fire school teachers

What if all these global warming people are wrong? Then we made our air cleaner for nothing?

A substanceless marketing pitch. Sums up the campaign, the politician, and the Democratic party. 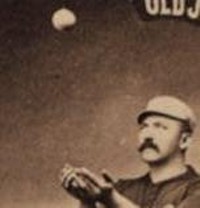 This is far and away the stupidest thing ever published on the slog. The correct spelling is granddad, not grandad.

If Inslee were to arise to become a serious Presidential candidate (I tend to agree w/ @8), he should develop economic policies and a stronger economic message for the battleground states and the rust belt, for whom underemployment and low wages are a much bigger issue than for sushi eating professionals in the blue coastal areas. This is not to say that climate change isn't important to the battleground and rust belt states, but that good jobs w/ material benefit are lacking and are of much greater need and importance.

"The latest figures, for the year 2015, estimate B.C.’s carbon emissions at 63.3 million tonnes of carbon equivalent, an increase of 1.6 per cent over the previous year.

More critically, the emission level is only two per cent less than in 2007, putting the province a long way from its original legislated target of reducing emissions 33 per cent by 2020 over 2007."

HMM. Needles all over our parks and playgrounds. Filthy homeless camps everywhere. People pissing and shitting in the streets. Trash everywhere. Great environmental job Jay. The hot air eminating from your pie hole is the biggest contributor to global warming in the state.

Worst thing is, he makes the climate crisis sound boring.

Wow. I'm surprised at how cynical everyone is being. Inslee was on Maddow last night, and I found him more compelling than most of the other candidates that have done her show.
I also think the idea that a candidate MUST be female is sad. What if the best person is male? Will Democrats really do that again? Push for a woman even if the candidate is flawed?

AbandonedbytheRepublicanParty on March 5, 2019 at 8:42 AM Report this