“I'm sure it is immensely frustrating for Schwartz, who could not be reached for comment...”

How ironic - someone finally wants to hear what he has to say, and he ignores them

This is useless information. I expect better from the City Council, and nothing in Mr. Schwartz's past, no matter how annoying, lowers that standard.

Morbidly curious what his grievance is. Bike lanes? Parking? General ennui from the current state of national politics?

His appearances mostly seem to go like this:
CONSTITUENT "Good morning. I've tried contacting the city over 70 times and never got a response."
COUNCILPERSON "We apologize. Can you contact my office again and we will get to the bottom of this?"
CONSTITUENT "I did. I talked to (so-and-so), but [did not get desired answer] 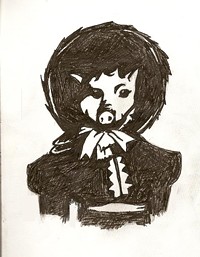 i found 'em for spek.

Why are people defending this man? He wastes everyone's time. He prevents people who actually want to talk about agenda items from speaking. And does he actually have a point? A legitimate grievance? Besides being ignored because he's wasted everyone's time repeatedly?

A point to keep in mind is that public comment period is not for you to talk to the council. It's not your time to have a conversation. It's a legally given amount of time for citizens to impart their opinion/wisdom/knowledge to the item on the agenda.

There has never been an understanding that public comment is a conversational time. This is an invented ideology.

Citizens are given this time to comment on the items, comments are recorded, and council has the opportunity to review comments and adjust their decision-making afterward. The fact that it's being blown up into this level of insanity proves how little people actually care for (or understand) rules, and shows more on how selfish people are when given even the slightest opportunity.

A rambling old coot. It figures he's the toast of the Safe Seattle crowd!

^^^ Whoops. Hit enter too soon and can't figure out how to delete!

Anyway, Spek asked if I could dig up some videos featuring Schwartz, and I only mention this because I went through all the council minutes and found these as well as many other instances of Richard Schwartz whining and bitching about non-agenda items (and the council being impossibly sweet to him while telling him not to waste their time with non-agenda items). His pet topic, btw, is that he doesn't think there should be a BIKE LANE around LAKE UNION, because he lives on a houseboat and bikes go fast and he doesn't like them.

To recap: He lives on a fucking public lake in the middle of the city and doesn't want bicyclists to able to bike around it. Only pedestrians and, ideally, residents of his fancy houseboat community should be allowed on the path. So he shows up at meetings about, say, billing to complain about this.

Oh, no shit, you say the city council didn't give you their 100% rapt attention when you showed up for the 500th time to complain about this first-world non-agenda issue? And still let you have your two minutes, after you disrespected them by asking them to stop the clock for you? Super weird.

FTW @5, @6, @8
The availability of the public forum at city council meetings gives literally anybody the opportunity to say whatever the hell they want within the ascribed time-limit, and I have seen a slew of whack jobs taking their turn at the mic. The podium can also be monopolized by tag-teams of speakers pushing a singular agenda. It is a painfully unproductive use of council time, which is why the councilmembers multi-task during it. I'm not saying that their behavior is acceptable, but that the procedural is seriously flawed.

He really is annoying.

Maybe he should get another job so he doesn't feel so alone and lonely.

Maybe the Seattle city council should change this to written comments.
Only in Seattle would citizens waste valuable time of officials, and then whine about ineffective government!

Katie he worked hard to make himself a star, he kept on trucking in there and failing each day until now he found his Sally Field You Really Hate Me Speech and it paid off. You need to respect this man and not be jealous that even an old AF coot with a uterus shaped hairline can get 558,004 more clicks than you.

Allow me to translate into Yelpian - I went to a coffee shop for sushi and I kept bothering the barista for sushi over and over and she was so rude about telling me I couldn’t eat what I wanted. That coffee shop is terrible. One star.

When the "news" first broke out I thought of all those "crazy man/woman rambles about gay chemtrail abortions at local city council meeting" videos and immediately suspected this was just another crazy guy rambling about nothing. Looks like I was right!

@8 Oh, I fucking knew it had to be something like that! A houseboat is a surprise ingredient, however.

My advice to Schwartz: buy a bike and learn to enjoy the trail with everyone else, it doesn't belong to you and you're lucky to live where you do.

If you attend public meetings you figure out who these characters are pretty fast.

"Frequent flyer" at City Council meetings? (Katie) "Showed up for the 500th time" (hydroza)? We are supporting good journalism here, right? First meeting attended 1/19/16. Second meeting 22 months later on 11/6/17. Third meeting 12 months later on 11/5/18. Fourth meeting four months later on 3/11/19. So we have 39 months from the Fucking Annoying's first appearance to his last = 156 weeks = 156 City Council meetings. Sounds like a real pest having the gall to speak at 4 out of 156 meeting. And it gets worse. At two minutes allowed speaking time per meeting he "wasted" 8 minutes of the Council members time over a three year period. What a selfish bastard!

Haha, it's funny when you exaggerate for comedic effect and then people take you literally. You get to laugh either way! Can't lose!

Also, as Herzog wrote: In the meeting video from 2017, Schwartz mentions contacting the city council "70 times" about his issue, and he also references having spoken to them "in July" in one of the other meeting videos, an instance was not listed in your master database Richard Schwartz rundown, @22. There are likely more.

Also, Schwartz goes way over his time several times, and Harrell assures him that they will meet with him privately after the meeting to talk about his NON-AGENDA ITEM (which Schwartz refuses to accept and then continues whining). Watch the videos. I promise you, the council knows this dude and that he frequently shows up with non-agenda items, also known as wasting the council's time.

So, you haven't commented on the Stranger for two years, but this article about this incident precipitated four comments, which either pimp "Spek" or make the same excuses for the Councilmembers' behavior he does. Are you a friend hoping to drive people to the deserted wasteland that is "Spek's" media presence? Or are you "Spek"?

In any event, do you remember how viciously "Spek" attacked the SCC last year when it reversed its 9-0 Head Tax vote? Then, the SCC was a bunch of neo-liberal, Amazon fluffing bootlickers visiting a moral outrage on the homeless; now they're hard-working public servants trying their best to endure the harangues of a crazy old White man (which "Spek," if he should live so long, will be one day).

As one of the earlier commenters noted, if Mr. Schwartz had been a young, womxn POC, and treated that way by the Council, "Spek" would be hurling thunderbolts from atop his dung heap.

Every local government has at least a few "professional bitchers" that have no job and just show up to complain.

@27: This relic of bygone days really has to go. We have e-mail, text, and web sites to channel citizen input to our elected officials. Making them sit through cranky questions and comments, which may have nothing to do with the public’s business at hand, just wastes everbody’s time.

Why is anyone making excuses for the behavior of this council. This isn't a single event. This happens all the time with this council. Perhaps the tone could be explained, however this council continues to behave in a dismissive fashion to its constituents. Watch any public comment hearing and you'll see this behavior. If they don't want to listen don't invite people to public comments. They create disengagement by their disdain which is what they want.

There is no excuse and it is shameful that you are trying to make one.

@25, LOL, here comes Josef Svejk, king of the trolls. You're on every platform, aintcha?

As I said upthread, I did the research on these videos and sent them to Spek, which is why I'm chiming in here. I don't know him personally; we're just online acquaintances. And I don't normally hang out in the Stranger comments, no. Not my favorite platform, since you can't reply to people and there are no tiered thread, etc.

Great research, though, "Josef." (Just kidding, it's bad, elementary research.) Maybe you could use that urge to actually research this chucklehead Schwartz and then discover that pretty much all of his engagements with the SCC have been regarding non-agenda items that waste their fucking time. And also perhaps notice that he has been told so by the council several times. It's all on video. I didn't make these videos, and neither did Spek. They're empirical evidence of Schwartz chronically being a nuisance.

The stranger is investigating this one fairly powerless man (punching down if you will) while running cover for the local powerful? I'm shocked.