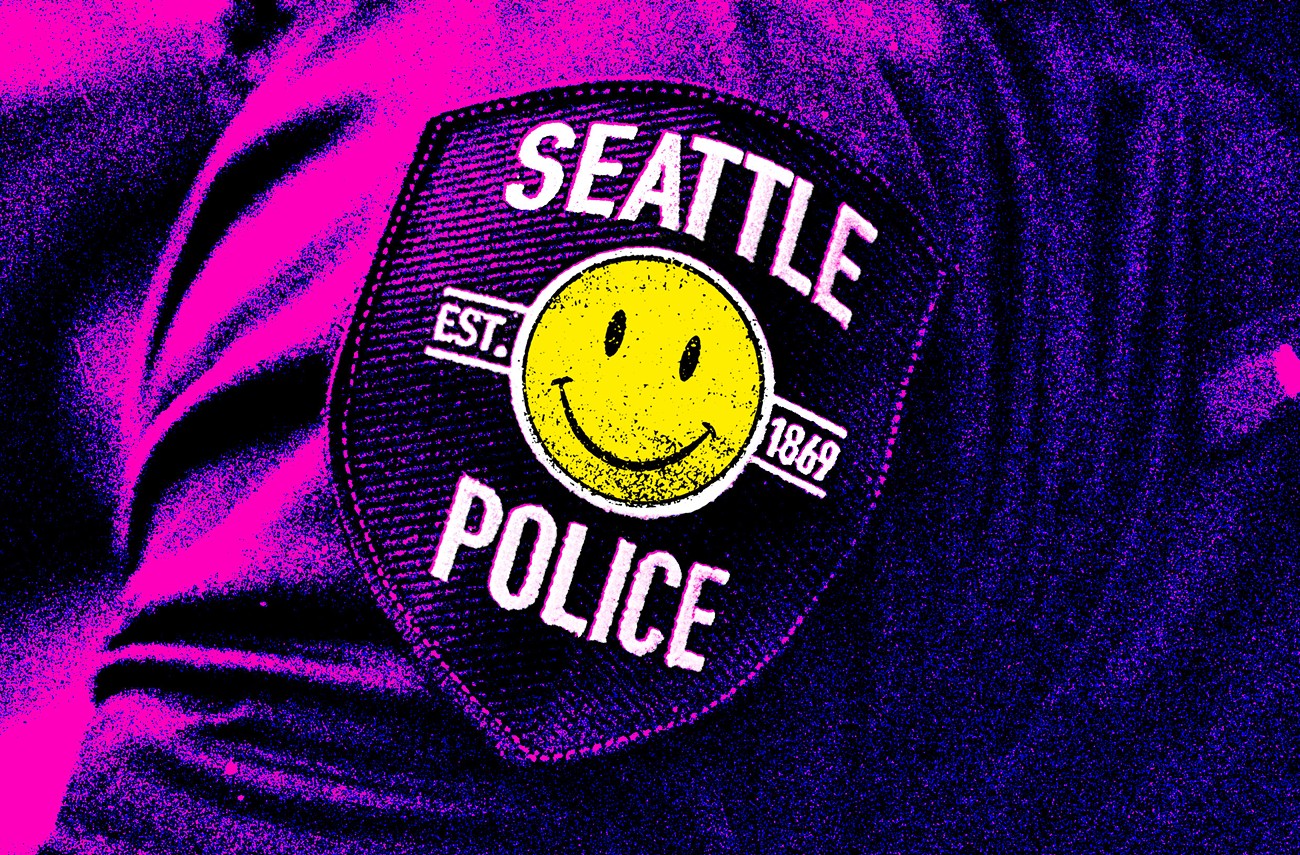 If SPD can't find enough cops to fill its ranks, then the City will need to find alternatives. CROUTON / LESTER BLACK

At next Tuesday's Public Safety Committee hearing, the Seattle City Council will get its latest update on plans from the Mayor's Office to invest in police alternatives. The process of laying out those plans, which dates back to the initial calls to defund the police under the Jenny Durkan administration, has taken so long that other cities have lapped Seattle in developing unarmed crisis response programs. This lag created a public safety gap that Seattle's leaders have yet to fill with more cops or other alternatives.

According to Shannon Cheng, a police accountability advocate with People Power Washington, for the last two years city officials have been reluctant to shift responsibilities out of the Seattle Police Department due to concerns about facing a particular labor grievance from the police union.

If the City wanted to hire non-cops to direct traffic at sporting events, for instance, the Seattle Police Officers Guild (SPOG) could potentially block the move by calling foul on the City for "skimming," a practice where bosses shift work from one worker’s plate to another agency or an outside contractor.

However, a labor lawyer argues that Seattle could win that fight in the name of fulfilling its Charter duties, and city leaders now finally seem ready to get aggressive on this issue.

On an episode of Hacks & Wonks last month, Senior Deputy Mayor Monisha Harrell told host Crystal Fincher that the Mayor’s Office was developing a “third department” of public safety separate from SPD and the fire department:

“[O]ur goal, our hope is to have a white paper and structure for that third department by the end of this year, that we would then begin to structure in 2023 for a 2024 deployment.”

She even noted that her office views certain topics related to public safety outside the realm of collective bargaining with SPOG: “There are some [issues] where labor might want to negotiate that and we say - but that's not ... within the purview of your scope anyway.”

In a statement, Public Safety Committee Chair Lisa Herbold embraced the idea of pursuing police alternatives as part of a “functioning public safety system” with more urgency than Harrell conveyed in her podcast appearance. She expressly cited the City’s charter obligations as a motivating factor for that investment, and she tied the need for police alternatives to SPD’s allocation of overtime hours: In the first quarter of 2022, SPD spent 23,000 hours of overtime on event staffing but only 6,000 hours on investigations.

She believes SPD Chief Adrian Diaz should focus the department’s limited resources on “high priority public safety incidents, such as reports of sexual assault and other investigations.” Noting that the City Council fully funded the Chief’s budget for hiring a record number of officers last year and acquiesced to the department’s request for hiring bonuses, she seems skeptical of the argument that staffing shortages excuse SPD’s inability to provide public safety.

If they can’t fully staff the department with all those resources, Herbold says, “the solution is clear – we have to focus our sworn police officers on addressing violent crime and hand off some other duties that don’t require a badge and a gun to qualified professionals.”

They wouldn't be the first public employer in Seattle to find some qualified professionals without guns and badges to handle low-level calls for service. The University of Washington faced a similar labor grievance from its police department in March, and UW won.

The University of Washington Case

Back in 2020, University of Washington students told the university's administration to change the way it provided security to residents living in campus dorms, and the administration obliged. Instead of dispatching armed campus police to noise complaints and wellness checks in the residence halls, they hired a few Campus Safety Responders to do the job. However, they made the move without first bargaining with the campus cops' union, which the union did not take lightly.

Their union reps complained to the state’s Public Employment Relations Commission (PERC), the agency responsible for adjudicating complaints between public employers and the unions that represent public employees.

The campus cop union argued that they had specifically bargained to secure the work of patrolling UW dorms, and so the university couldn't legally move that work to another set of employees without bargaining over it. The PERC examiner who heard their case disagreed. He concluded that the university had a compelling interest to provide public safety in the way its students desired that trumped any loss of cushy overtime shifts that inconvenienced the campus cops.

What UW’s victory means for Seattle

The UW case doesn't exactly overlap with the kinds of moves Seattle would need to make to stand up real alternatives, but one leading expert on labor law told me that some of the legal reasoning at play in UW’s victory at PERC could influence the outcome of a dispute between the City and SPOG.

As in the UW case, the City of Seattle has a compelling interest in ensuring public safety for all its residents. In fact, the City’s Charter explicitly states that guaranteeing safety is a core responsibility of City government.

The City could argue that the national labor shortage of police officers and SPD’s inability to fully staff the police department has left it unable to fulfill those obligations to protect public safety. In making what those in legal circles call an "exhaustion" argument, the City would contend that its decision to allocate extra money for hiring bonuses shows that it pulled out all the stops to meet its Charter obligations using SPOG personnel but still couldn't get the job done with cops alone.

There’s no shortage of data available to make their case. Presentations at the City Council’s Public Safety Committee regularly feature hand-wringing over increasing 911 response times, and the department has blamed staffing shortages for its failure to investigate many sexual assault cases. Even SPOG’s own histrionic “Public Safety Index” argues that the department’s inability to retain its officers presents a threat to public safety.

All this legal theorizing would be pointless if the City wasn't prepared to move forward and invest in supplementing SPD with alternatives to meet its Charter obligations on public safety. On Tuesday, we'll find out if the Mayor's Office is as ready to take on SPOG as the City Council seems to be.