Where Do They Go Now?

1
Occupy's "Goldman Sachs Owns the Port" fabrication is so amazing to me. Basic Googling shows Goldman administers a fund made up of large institutional investors (like union pension funds) who want to invest in infrastructure projects around the world. That fund took a minority (not a controlling) stake in Carrix, the parent of SSA, the port's large operating partner. Carrix remains majority owned and controlled by the local Hemingway-Smith family, which founded SSA in 1949.

Goldman makes admin fees that I'm sure are very large for running the fund, but the investment is not theirs, it is the subscribers', including unions needing to invest for the rank and file's old age.

But Occupy loves to claim they are hurting Goldman in the pocketbook when (if anyone) any harm they cause to ports will affect union retirement fund investments.

2
Where do they go now? Home. hurrhurrhurr

No, but seriously, take it to the battleground, to the 1%; not the college campus that the 1% has never bothered to even drive past much less think about.

Take it to the 1%, or to the politicians.

ah But I repeat myself...
Rev.Smith on December 14, 2011 at 11:59 AM · Report this
3
Just keep soldiering on with a little direct action here and a little direct action there. The fluidity of the Occupy movement is it's strength, something that many Americans who want the Occupy movement to come up with concrete demands don't understand. As far as the maritime unions not supporting the shutdown of the ports, that was simply being prudent. If I were Robert McEllrath, I would have acted as he did by officially saying I was against the port actions, but I'd be privately gloating about the actions. If the unions had officially sanctioned the actions, they could be hauled to court by the employers and be fined triple damages that the employers suffered from loss of business. Most union contracts in the United States have no strike clauses that state that unions cannot go on strike for the as long as their contracts are in effect.
Smell on December 14, 2011 at 12:49 PM · Report this
4
@gloomy_gus. Where did you get your information? The PI reports that "Goldman Sachs has committed a "significant" but undisclosed investment in Carrix, the firms said in a statement."

http://www.seattlepi.com/business/articl…
tripplethrendo on December 14, 2011 at 3:18 PM · Report this
5
There was NOTHING peaceful about this protest. These scumbag criminals threw red paint at and assaulted police horses, threw rocks and rebar at the officers and their horses, and blocked longshoremen and truckers from getting to their job and making money 2-weeks before Christmas. Who on Wall Street was hurt by that? Nobody. The only person that suffers is the common man who just lost a day of work, while trying to earn an honest days pay to buy his kid a Buzz Lightyear for Christmas. This "movement" has gone from ridiculous to flat out domestic terrorism. If this was Al-Qaeda we'd be rolling tanks over these Occu-terrorist criminals.
thatsjarrod on December 14, 2011 at 5:09 PM · Report this
6
If people like @5 are pissed off, we're doing something right.
buttmonkey on December 14, 2011 at 6:38 PM · Report this

7
Maybe OWS could have a candidate run for office and change the system?
Sargon Bighorn on December 14, 2011 at 10:05 PM · Report this

I used to be in the money management world, and what you point out has the ring of truth to it. This is very typical of how these things work. The "Occupy" crowd is too ignorant and too lazy to actually do the leg work needed to find out who owns what, and why, and how. 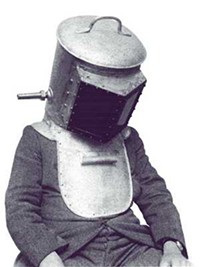 12
I had so much hope for the occupy protesters when they first started in New York. Finally, someone was giving the finger to Wall Street and the press was paying attention! But then, like so many movements, it didn't take long for the crazies to take over. Here's the deal: organized labor WANTED to support this group. They've been complaining bitterly about corporate greed for years. Now, finally, another voice comes along, and what do they do? They try to shut down the ports, which does nothing but piss off the labor unions. The pathetic efforts of the occupy protesters didn't impact anyone but the people they should be trying to work with.

The occupy movement has gone off the rails and the only ones who don't know it are the ignorant fucks still trying to sleep in the park.
sparkydive on December 15, 2011 at 4:07 PM · Report this
13
Occupy is a bunch of misguided useful idiots. Better to protest outside the W.H. since the majority of former Goldman Sachs folks are employed there.
Instead of Fucking with the blue collar guy trying to get paid at the port they should fight the real enemy - in the other Washington.
h8f8kes on December 15, 2011 at 10:12 PM · Report this

14
@10 nanny nanny boo boo stick your head in doo doo, the protest was very peaceful , and I should know I was there, a little paint on a cop is not that bad, did you hear about the hit and run that occurred? plate number 800-VTT hit a human then drove off no media on that however a cop gets a lil paint and SPD wanna play victim ? But forget that, on the 220th anniversary of the bill of rights NDAA gets passed but we are to busy yanking about this shit to care.
fabriziodisco on December 15, 2011 at 11:12 PM · Report this

15
@13 I agree we need to put an end to this shit insider trading is illegal unless you write the laws !!WTF??
fabriziodisco on December 15, 2011 at 11:15 PM · Report this
16
Well, Occupy Seattle was on to something when they demanded that the City stop doing business with the big Banks that almost destroyed the country.
BUT that was only a very brief period between their lengthy and vague "Shit is Fucked Up and Bullshit" period and their new "We're Going to Fuck Shit Up for No Reason and Bullshit" period.

This Occupy the ports thing makes NO SENSE. It is an immature, poorly thought out attempt to stay relevant by causing trouble for the sake of it. What was accomplished other than a demonstration that these dipshits can FlashMob any place of business at random and "be angry"?
What are they going to do next? Occupy busy intersections so commuters can't get to work? Or block the entrance to shopping malls so teenagers and soccer moms won't have anywhere to go? Mob up at Toy R Us headquarters and piss on everything until they get arrested?

I'm telling you, the Occupy group-think brain entity: Find REAL THINGS TO PROTEST! You are making real issues irrelevant with stupid, pointless mob behavior like this.

curtis martin on December 16, 2011 at 4:48 PM · Report this
17
How about they get a freakin' job and/or open a business?
ExPatInfantry on December 16, 2011 at 6:37 PM · Report this
18
A couple weeks ago, I was waiting to cross at Broadway and Pine and overheard a group of young women behind me talking about Occupy and the upcoming port demonstration. One of them was really pissed. "I work my fucking ass off every day driving that truck and they're going to close down the port?!" she said, wondering what was the point of keeping her from working.

Despite valid issues, makes you wonder about a movement that would adopt this strategy.

galena on December 16, 2011 at 11:08 PM · Report this
19
Obviously there are peaceful protesters who desire change, but too there are idiots derailing the Occupy frenzy.

I say vote 'em out; the movement is losing steam and dying like a sparrow with a BB wound.
ExPatInfantry on December 17, 2011 at 2:25 AM · Report this

20
they do have a bill that would allow American citizens to be detained for an indefinite period of time.

Its sounds and I have no doubt that its some absurd p.o.s legislation stirred in with a poop stick to have a desired effect any which way it go's.

much to the tune of Repucklickins jamming phone lines and hacking websites and all that Watergate stuff they are so famous for to the point they dont even try to hide it anymore as they are insulated by much.

Its not where they are going its where did they go? after all its been labor union and teachers and anti-tax and pro people and a sea of other stuff as well?

25
I'm finding quadrophenia by the who educational. So many songs that relate and give some historical perspective on the "who's next" questions
Seems like album after album has been recorded about this stuff.
slade on December 20, 2011 at 3:28 PM · Report this
26
Which among our supposedly corrupt agencies and corporate backers requisition the most billions? Answer: Highway & Port.

Texas heavily pollutes with its refining operations. Keystone pipeline adds worse crude to the hazardous mix. The Pacific Ocean & the Great Lakes are closer PORT facilities than the Gulf of Mexico.

Washington State Highway Department is making a GIANT mistake with the bored tunnel. Professional concensus against is still strong, adamant, and growing. Like I said, Highway & Port requisition the most billions. Washington State highway builders don't have much to show for the money spent. Translation: Wsdot isn't trustworthy.

Go after vulnerable Highway Departments. These agencies and the Ports plan to expand globalization. They don't care where the fuel/energy comes from. It's like energy security isn't a concern they give much thought. Fyou Washington State highwaymen, your terrible record, your below-average transit schemes and especially your most idiotic bored tunnel mere feet below a hundred downtown Seattle buidings as if this isn't extreme risk. FU. Such a horrendous mistake, risk, poorly arranged highway and city street designs "preferred" by conservative business elite.