New High-Security Checkpoints Stand Between the Elderly and Their Benefits

1
I've emigrated to Australia, where government benefit offices are located in shopping centres across the city. If you need to manage you Age Pension, welfare (Family Assistance / the Dole) or your government health care (Medicare) just pop in before you pick up your groceries, wait in a usually very short line and then be rapidly assisted by a fully qualified professional. Best customer service in Australia (way better than the table service). Oh, and no pat downs.
Mrs Jarvie on January 11, 2012 at 1:55 PM · Report this
2
Why? why is that kind of security needed?

All it will do is discourage people who are entitled to benefits from getting them.

KatTheCanuckistan on January 11, 2012 at 4:49 PM · Report this
3
ENTITLEMENTS!!!!11 OMG See if you have to be strip searched that will make you think twice about being a lazy slacker sucking off the government teat.

Same in Canada and most of Europe too.

6
How dare the federal government consolidate to save money.

Its great the woman in the story went her whole life speaking only chinese, and she managed to work long enough to receive benefits, but does she have any family or friends that could assist with translation?

Also I was under the impression most people receive SS via check in the mail. Whats different here that requires a in person visit.

Wheres the end to making it easy for people to receive benefits? Should the government drive around and visit people in their homes?

7
@4 That's the problem. There are at least one or two of each with offices in the building. I bet if it was just regular government workers in the building we might stand a chance of removing some security requirements.

The language barrier might not be so bad - cartoon signs should convey the required info. But I can see some serious issues that won't go away - such as a homeless person with a cart full of their posessions.
Matt the Engineer on January 11, 2012 at 5:20 PM · Report this
8
@2 Because we have a number of nut jobs in this country who hate the government and own firearms. Sometimes they even blow up federal buildings.

Is it really that hard to walk through a medal detector? The King County Courthouse has them and its not a big deal. Or at least it wasn't until budget cuts forced them to close one of the entrances and the lines got annoying.
giffy on January 11, 2012 at 5:48 PM · Report this

9
So the lady has to walk through a metal detector before she can collect her government cheese? 1st world problems, yo.
Rotten666 on January 11, 2012 at 7:00 PM · Report this
10
I am familiar with the Jackson Federal Building and security is not exactly a gauntlet. Unless they are going to add something, entrance is less onerous than a pre-9/11 airport. There are just two metal detectors, one at each entrance.

11
Just wait until we make seniors piss in a cup. Police state. Police state. Police state.
watchout5 on January 11, 2012 at 10:34 PM · Report this
12
I read this and was like why does she not know basic English to go through a security screening? I mean she has been in the country long enough to be able to get social security. What does she do at the airport. I think she's just lazy and trying to not have to travel further to the new location which saves tax payers money. And as for the mentally ill and homeless those who work at social security need to have those people who can be abusive and violent when they are don't get a decision they like by Social Security and take it out on the govt employee so screening them is entirely appropriate for safety of the employees. This is really just a bunch of people who are either lazy or they just don't get it that the world does not revolve around them.
eric1972sea on January 11, 2012 at 11:30 PM · Report this

13
@12 well you see when someone is old, they tend to move with their family instead of on their own. It could very well be that she moved, perhaps worked a little with relatives and the english she learned was not enough to get her by.

The older she got the more difficult it is to learn a new language. So the old language sticks. (like allot of American guys who got asylum here in Sweden in the 70's. Many of them still speaks only english (because most people already knew that and the pressure of going from "ordinary speaking adult" to "child talk" in the beginning kept them using US english).

But since basic wellfare is considered a right she should be able to collect it.

And yes people can be both abusive and violent but that has to be measured against accessability - it can be achieved by simply having a guard on site, using an open roomplan with dividers between the desks (like tax offices here).

And everyone in the whole world believes it revolves around them so that shouldnt be a huge surprise now should it?
JensR on January 12, 2012 at 12:12 AM · Report this
14
@2 - "All it will do is discourage people who are entitled to benefits from getting them."

Which is why the fed claiming this is necessary, and why it is being touted as a cost-saving measure.
TechBear on January 12, 2012 at 6:11 AM · Report this
15
The security checkpoints have nothing to do with consolidation savings. If anything they are an unnecessary expense.

All the arguments about "safety" are utter nonsense, as most arguments from "safety" advocates are. Someone can always come up with new rules to make you safer. Where does it end? Typically it ends with the imposition of absurd rules.
Mr. J on January 12, 2012 at 9:56 AM · Report this
16
@6 - who said she ever worked? She could've come here as an adult, had a husband with a good enough job to allow her to stay at home. She would then be able to collect his social security upon his death.

@15 - the security issue and the cost-saving issue are two completely different matters. Security is at the Jackson building. Period. It's been there for ages (since Sept 11? since OK City bombing?). If you have any business to do at the federal building, you go through security. Social Security is consolidating two branch offices. They're doing this to save money. They're consolidating into one location, and doing it where they own, not where they rent.

17
the last I heard the smart retired were moving to Mexico as all they have to worry about is drug lords who might sell them cocaine laced with viagra. then again the University of Washington is taking in level 3 sex offenders as if they don't understand what level 1 to level 3 means? 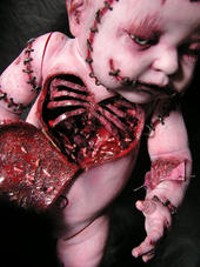 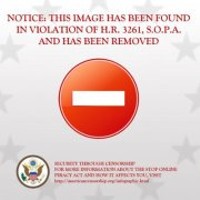 24
blame obama , he's in charge. bush hasn't been in office for years , you can't pin this one on him . re elect obama for more of the same you dumb fucks .
whatsbeckgottadowithit on January 16, 2012 at 11:34 AM · Report this
25
This is directed towards #3. You're calling people that are asking for help ( Via SS ) lazy? Didn't they work, put money into the system for those very benefits.

26
This is what all the people complaining asked for, you got it, now you complain. Lame.
KittenKoder on January 18, 2012 at 6:47 AM · Report this
27
I believe the Social Security Administration does everything possible to assist claimants get the information and benefits they need. The subject of the story can always have someone call the local SSA office for her then schedule an office appointment if necessary. The office will provide translator for non-English speaking claimants. All SSA checks will soon be electronically deposited so there should be little need to actually visit the office. The SSA has also recently upgraded their phone service and made it MUCH easier to do business over the phone or Internet. Be aware though, that, like most government agencies, the SSA is understaffed due to a long-term hiring freeze. (I am not a government employee, by the way!) One other note: I've been to other Federal buildings and have been forced to go through a metal detector, but never "frisked" as the story implies. It was very easy and the guards were helpful.
jp4571biz@bellsouth.net on May 15, 2012 at 9:14 AM · Report this