Sorry, but if there were damages and costs to the parade, they were far outweighed by the tax revenue and general financial impact to the city.

I think we can all agree, football parades are way more desirable than may day riots. Nice try though.
Petedawg on April 30, 2014 at 11:08 AM · Report this

7
@5: Bullshit. Sports teams are a revenue myth just like casinos. They create tons of low wage jobs (a net loss) while transferring a shitload of money to the rich, often out of state. And those tax revenues never seem to compare with the enormous amount of welfare spent publicly funding their stadiums or caring for their underpaid workers. Here's an easy way to know if an employer is useful: do they create anything of value (airplanes, educated workers, software, etc.) and pay their employees more than those employees would cost taxpayers in benefits? If not, then they aren't helping.
delirian on April 30, 2014 at 12:19 PM · Report this
8
Excuse me,but the true name of the First of May is "International Workers' Day". ---- http://flag.blackened.net , http://www.akpress.org (A).
5th Columnist on April 30, 2014 at 1:28 PM · Report this
9
Both Cato the Younger and Will in Seattle have hit the red:you don't play nice with demons:the so-called "humans" that are destroying your life-support system - Our Earth - are violent beetards who can only be dealt with in a violent fashion:fight fire with fire! ;D --- http://www.ruger.com
5th Columnist on April 30, 2014 at 1:31 PM · Report this
10
Really?Where the Founding Fathers nothing but a bunch of placard-holding Peaceniks?Thought so . . . .
5th Columnist on April 30, 2014 at 1:31 PM · Report this
11
Ansel,

I) You demonstrate the traditional integrity and knowledgeability that people expect from journalists when you say that "local anarchists who are suggesting violence are out of sync with the spirit of May Day itself, which commemorates the 1887 hanging of four prominent anarchists." You namedrop Albert Parsons, who on the stand defending his life, when asked "So your remedy would be violence?" answered "Remedy? Well, I should like it better if it could be done without violence, but you, gentlemen, and the class you represent, take care that it could not be accomplished otherwise" and concluded "Therefore force will have to decide - or do you know of any other way?"

His wife, Lucy Parsons, was a bit more direct in a speech given in the 1930s: "What I want, is for every greasy, grimy tramp to arm himself with a knife or a gun, and stationing themselves at the doorways of the rich, shoot or stab them as they come out."

Louis Lingg, another one of the Haymarket martyrs, one whom you erase from the four hanged (he committed suicide the day before his scheduled hanging by means of a blasting cap smuggled to him), in his defense against the charges made against him by the state, had this for an alibi for the bombing: He was at home... making bombs.

Anarchists know their history and won't be shamed by your illiterate admonitions concerning same.

II) Nice attempt to play up the "white male anarchist" shibboleth again. We never get tired of hearing that - again erasing the non-male, non-gendered, alternate-gendered, and non-white anarchists. Inserting that this argument through your chosen mouthpiece is much more of an indication of white privilege (white reporter speaks through cherrypicked minorty voice) than any demographic statistics you (fail to) provide. Mainly, it ignores that many and probably most anarchists have been jailed or have intimate connections to those who have been jailed, including in juvenile detention centers. People need to ask permission to act on something that directly affects them?

III) Abolishing prisons, which house more than 2,000,000 people, the most of any country on earth, is a "misplaced priority?" Fuck you. Seriously, if that isn't a "white male" assertion, what is? Fuck you again.
marie berneri on April 30, 2014 at 2:53 PM · Report this
12
Burning down any building in protest = One of civilizations oldest bad moves that only cases other bad things to happen.

But something needs to be done to bring to attention the fact that we have a prison industrial complex that has destroyed out civil liberties and re instigated every horrible element of Jim Crow (along with the drug war).

13
Ansel, in your article, you write:

"...seeking government action to right wrongs against a vulnerable..."

There is a need for the definite article "the" between the words "right" and "wrongs".
Please alert your copy editor to avoid future clunky, poorly-worded articles, and to preserve the forceful statement of your fine work.
Texas10R on April 30, 2014 at 4:41 PM · Report this
14
I think the "anarchists" are a false flag operation of SPOG, by making progressives look like such a bunch of idiots, they "justify" the huge budgets and heavy handed military tactics the police like to use.
Azzam on April 30, 2014 at 5:39 PM · Report this

15
@14
It's an interesting theory – but one that would require SPOG to have greater strategic thinking than that for which they deserve credit. Some of these a-holes seem to be unable to catch a thief unless that thief were stapled to their metaphorical badge-protected nutsacks – and yet they could mastermind a complicated counterinsurgent conspiracy?

Still, keep up the good work 14; we know they're at least saavy enough to publicly intimidate a journalist on camera, in violation of the Contitution of which they have ALL taken an oath to uphold.
Texas10R on April 30, 2014 at 6:06 PM · Report this

Right, that's so much more likely than it being a bunch of 15 year old shitheads with nothing better to do.

You should remember to line all your clothes with tinfoil, the hat alone doesn't seem to be working.
TCLballardwallymont on April 30, 2014 at 8:25 PM · Report this
17
@11
Marie, thanks for the recycled Lucy Parsons quote. That one's made internet circulation for years. Sadly it makes her unidimensional and effaces her substantial contributions to labor and society. After all, there's always someone greasier and grimier than you that justifiably could kill you, for nothing else but that fact. Kind of a hard loop to escape, and a shitty quote to choose if you are trying to make some sort of point outside of feeling poetically violent. In fact, anarchists are almost always "poetic". But also great at denying that humans are pretty fucked up animals which may require enforced rules now and then. So sure, build your Christiana, but don't think twice when it turns into a fucked up mess and you need to call the cops to help clean it out.

For now, glad everything's black and white in your "fuck you" world. See you tomorrow.

crack crack crackers
dasneek on May 1, 2014 at 12:53 AM · Report this
20
HAHAHAHAHAHAHAH....how ironic, that a bunch of anti-gun left nuts, yes like you Will In Seattle, believe violent revolution is the only way for real change.

How the fuck you gonna do that after you have destroyed the 2nd amendment?

Let me know how that revolution goes after you have turned in your weapons - 2nd amendment be damned.

All I see posting on slog are bunch of urban pussies who couldnt fight their way out of a paper bag - now talking all tough about revolution and sticking it to the man. viva che!

1. go to the 15 now or vote 15 website.
2. sign up for an action group.
3. take a few afternoon in june to get signatures for the charter amendment.
4. tell all your friends to vote for it this fall.
5. see $15 an hour come into effect, here, in seattle, january 1, 2015.
6. this emboldens progressive movement worldwide stamping seattle as the place where people get stuff done to make society better instead of just marching, just celebrating or just talking.

sure movements need marches. but what they really need is real power. we have legal power to institute $15 an hour as of january 1, so let's get on THAT. every hour spent getting signatures is worth about 100 or 1000 hours of marching in a march that happens every year, that's mainly about immigration and that is prone to disruption by the idiots and agents provacateurs. why march when we can actually use our own legislative power this summer to effect change??
on May 1, 2014 at 8:32 AM · Report this
22
@1
Never heard of any damages. Only saw pictures that made fun of Seattle crowds being so law biding that they wouldn't even cross streets against the light.
Link please.

Senor Guy on May 1, 2014 at 9:09 AM · Report this
23
Lord Humungus approves of any and all anarchist efforts to Smash The State and Topple The System. Add your labor to this noble cause, fellow marauders!
Hacksaw on May 1, 2014 at 11:40 AM · Report this
24
The football fans didn't pretend what they were doing was anything but mindless rioting. Anarchists present themselves as heroes of the left, and therefore warrant criticism.

25
Estimates are that the damages done to the pergola thing in Pioneer Square were roughly $25,000.

One really should also take into account how much it costs the city to keep patrols and crowd control units there all day, and clean up the mess/prosecute the lawbreakers.

So really the comparision is not even close. Not that it matters in any way.

Really, now: any old Joe can register a username on pugetsoundanarchists.org and post stuff there. If you didn't like the selection of the posters already there, you were (and are) free to post a set of your own creating.

Assuming, of course, you're even interested in participating in the struggle for liberation, instead of (to pick a metaphor) simply throwing rocks at the efforts of those who are. 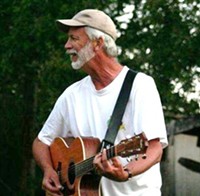 28
Re, "I mean, you know there is a problem when crime consistently goes down, but we put MORE people in jail every year."

Maybe crime is down because the people that commit crimes are being put in jail.

Why all the resentment of rich people? Do anti-capitalists want everyone to be poor?

29
#20 wins it all.
seatownr on May 2, 2014 at 10:25 AM · Report this
30
Supporting Seattle's coffeehouses and bookstores, the citizens will continue in the city's tradition of having productive places for the youth to go.

sseattle on May 3, 2014 at 1:59 PM · Report this
31
@M. Wells:You know damn well when the word "May Day" is used by the press,they are not referring to Beltane,but the the IWD. --- http://www.internationalmayday.org .You troll.
5th Columnist on May 4, 2014 at 4:37 PM · Report this
32
This article seems oddly oblivious of the core goal of Anarchism, which is the abolition of the state. This *includes* even the most radical, progressive, liberal wet-dream of representative democracy. You might disagree with that goal, but talking about what city council members think - or about what political reforms are in vogue, or about how Seattle is not as bad as some other cities - is missing the point.

Anarchism is not a movement within American politics, whose proponents are somehow just clueless about "how to get things done". It's an ideology which sees the system *itself* as fundamentally broken. Again, you can disagree with that, but can't just plaster your vision of progress over the one explicitly outlined by someone else's ideology and then act all confused and disappointed about their tactics. Well, I guess you can, but it's philosophically ignorant.