1
Hey, Seattle voters: be sure to get particularly mad at Senator Doug "Free Lunch" Ericksen, R-Ferndale, 42nd District, for creating all the gridlock in Olympia.
That particular shitwipe needs to be ousted and ASAP.
auntie grizelda on March 31, 2015 at 7:42 PM · Report this 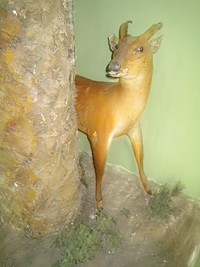 2
Just saw a Senator tweet something about light rail now being held hostage by Speaker of the House (Chopp) because he wants more money for affordable housing. So I suppose the blame for delay can be spread far and wide about now
TheeFalconer on April 1, 2015 at 1:48 PM · Report this
3
@2: Link?
Ansel Herz on April 1, 2015 at 1:51 PM · Report this

4
Oh, oops. Saw it here: https://twitter.com/senatorfain
TheeFalconer on April 1, 2015 at 2:08 PM · Report this
5
I've lived in Seattle for over 16 years now and the one thing I've learned is that the City of Seattle and the City Council love to spend money. I have seen them spend millions upon millions of dollars on nothing but studies and surveys and yet have done nothing with those said millions. every group has an agenda and the one thing I've seen with the politicians here as they will lie lie lie to push their agenda.

I do understand that we have a massive problem with transportation but there are some simple fixes that we can do that don't cost that much money. one of the main things we could do is , time the lights in downtown especially around the Mercer mess why is it that you cannot turn left on Mercer off of Dexter unless you have a green arrow you can make that a blinking yeallow light. and that's only one example of many areas like that. we talked about new revenue and we look at the same place as we always looked , tax the Homes ,tax the cars tax the gas. I know for one we need to start taxing bicyclist and getting them registered and getting a license plate on the bike because if you're taking lanes from cars and giving them the bicycles well they need to pay a price. what about working on the projects that we already have making sure we have the funds to finish them instead of constantly raising tolls. I thought we wanted to make Seattle affordable place to live what is affordable housing in Seattle now? when are we going to hold our elected officials accountable for the decisions they're making? how can people sit here and be upset at a Republican official for trying to keep some sort of budget without taxing people to death? I look at some of the blogs online with bicyclist and these idiots want to put a bridge over Green Lake because they feel like there's too many people walking around Greenlake and they get in the way of the bicyclist, they talk about wanting to burrow a tunnel under the Ballard bridge for bikes and pedestrians because they're too lazy to make a north and south direction on walkways of the Ballard bridge. this is the way people are thinking all they want to do is spend spend spend spend but cry that Seattle is not affordable.

yes we are growing yes we are growing at a fast rate and yes we need some sort of better transportation but let's think about this we still need to make Seattle affordable and we can't do that if we just keep taxing ourselves to build their little pet projects. the problem is we have people that don't know what you're doing working in this city for the city. a perfect example is the parks department they don't do their job and we gave them another parks department. And people voted for it!!! people here fall for the scare tactics that our politicians feed us.

Wells on April 2, 2015 at 11:40 AM · Report this
7
Relax, kids. I'm a born and bred Seattlite pushing 60 and there's one thing I know for certain. Mother Nature takes care of everything. When that 9.2 earthquake comes rollin' through that she's cookin' up and busts I-5 in about a half-dozen places between Tacoma and Everett, that'll cure all your ills.
kalakala on April 2, 2015 at 11:46 AM · Report this

8
@5 if you had a point somewhere in that word salad, I missed it.
JonnoN on April 2, 2015 at 2:36 PM · Report this
9
The most valuable power a city council has is zoning. When zoning is changed friends get rich(er) and other property/business owners are taken to the cleaners. Neither The Stranger nor any other of the media has told us who gets rich(er) and who loses because of the viaduct/tunnel project. Why should we support an extended light rail project without knowing who gets rich(er) and who will be cleaned out?

15
I live in Washington State, not "Seattle", just like many others.

I think of myself as a Washington State resident, plain and simple.

What I want is fast, regional, heavy rail.

Seattle has stolen enough Federal tax money for its nefarious holes in the ground. It's high time a Special Prosecutor was appointed to bring all the mayors and governors here to task for some of the biggest public works boondoggles in the nation and shut them down entirely.

At the same time when it comes to my beloved Sounder train, I say gangway! Let's get Sounder from Vancouver BC, to Portland...from Silverdale to Spokane. And let's make it go 155 mph. And build a Cascades tunnel, 30 miles long...a real public work!

Supreme Ruler Of The Universe on April 4, 2015 at 4:01 PM · Report this
16
It has been posted before and now it will be done again: CLOSE all those tax loopholes for the Upper Class already!!! --- http://www.taxsanity.org & http://www.ctj.org & http://www.itep.org/whopays .
5th Columnist on April 4, 2015 at 4:36 PM · Report this
17
I support light rail and regional transportation planning. But Seattle does do itself any good when it comes to getting regional support for its transportation quagmire when it effectively poaches businesses from other cities in the region.

Asking Bellevue taxpayers to help fund improvements needed that are seen (rightly or wrongly) to primarily benefit Seattle after losing Expedia to Seattle is rubbing salt into the recent wound. I suspect that the folks in Bellevue and Tacoma aspire to be something other than merely bedroom communities for Seattle.