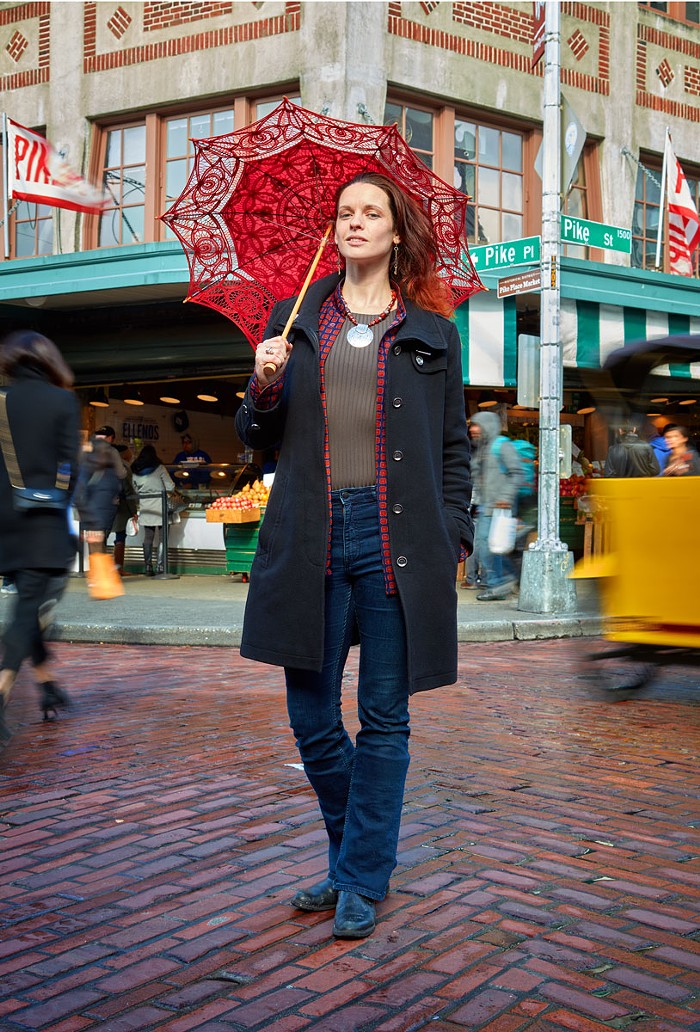 When I first met Savannah Sly in a Stranger conference room back in 2015, she was working to fight bills in the Washington State Legislature that aimed to increase punishments for buyers of sex. Sly, then volunteering with the Sex Workers Outreach Project-Seattle (SWOP-Seattle) and wearing cat ears, cited a slew of facts on the harms of such policies from multiple sex-work studies that she appeared to have nearly memorized.

A year later, the New York Times ran a big story questioning whether prostitution should even be considered a crime, and Amnesty International published a position on sex work that concurred with Sly’s: Criminalizing sex-buying also puts sex workers—at any point on the social and economic spectrum—in harm’s way. Much of this newfound recognition for sex workers’ rights can be traced to the activism of sex worker advocates like Sly, who refused to shut up when uninformed lawmakers attempted to crack down on sex work.

Now that Sly is president of the SWOP-USA board, she's pushing the organization to develop an actively anti-racist approach to its social-justice work. She's also helping organize Seattle's annual Sex Work Symposium, which will take place March 2–5.

If you could spend a whole day educating one local politician about sex work, who would it be and why?

Washington State attorney general Bob Ferguson, because he's been addressing sex trafficking in ways I both applaud and dubiously side-eye. Ferguson expanded the statute of limitations for victims of sex trafficking to prosecute their abusers (a good thing) and also expanded the definition of commercial sex to include "anything of value" instead of simply money. I see the good intentions behind these efforts, and I applaud the acknowledgment that sex is traded for a number of resources. However, I'm concerned that commercial sex is being portrayed as inherently exploitative, which isn't any more true than asserting that waiting tables or working under capitalism is exploitative.

Do you think attitudes toward sex work have changed since the first symposium? Why or why not?

Yes, I feel that the sex worker community in Seattle has done a tremendous job of speaking up and bringing balance to the simplistic "all prostitution is exploitation" stereotype. The festival is a way of bringing some fun to what is typically a heavy and triggering conversation. Folks in Seattle have been receptive to the idea that the anti-sex-trafficking movement is akin to the “war on drugs,” in that it is a zero-tolerance movement rooted in fear propaganda that uses police power, public shaming, creepy reeducation, and increased surveillance to solve problems, as opposed to basic harm reduction. I applaud the Seattle public for listening to sex workers when we speak up, which is risky for us to do, given that we are a criminalized underground labor movement.

What's it been like going from volunteering at SWOP-Seattle to becoming president of the SWOP-USA board?

It's been an ass-kicking experience. I've learned so much and I am proud of what our board has accomplished. Recently, we've had the opportunity to address the ways in which we need to grow to become an organization that safely serves all sex workers. This is work that will never be finished, but I think we're on the right path. We're currently putting together a community advisory board to steer the creation of anti-racism/anti-oppression training, which would serve as foundational education for all SWOP members. Nobody comes into this work knowing everything (or anything) about intersectionality, and it's our responsibility as an organization to educate ourselves and our community.

What is your favorite restaurant in Seattle? What's your go-to order?

In this chilly season, a bowl of gnocchi with a cup of Wonder Woman tea at Cafe Flora sounds downright delightful.

Vee Chattie, an up-and-coming queer comedian who speaks on gender, whoredom, and sex politics. Vee's got a podcast coming out where other comedians ask them questions about their job as a sex worker.

If I could wave a magic wand, I'd cast a protective bubble around this entire region. I love this Emerald City so much, and the idea of it being devastated or swallowed by a catastrophic earthquake breaks my heart. I also worry about us being bombed to shit by Russia or China as the fascist uprising breaks into full-on war. Hunker down, friends.