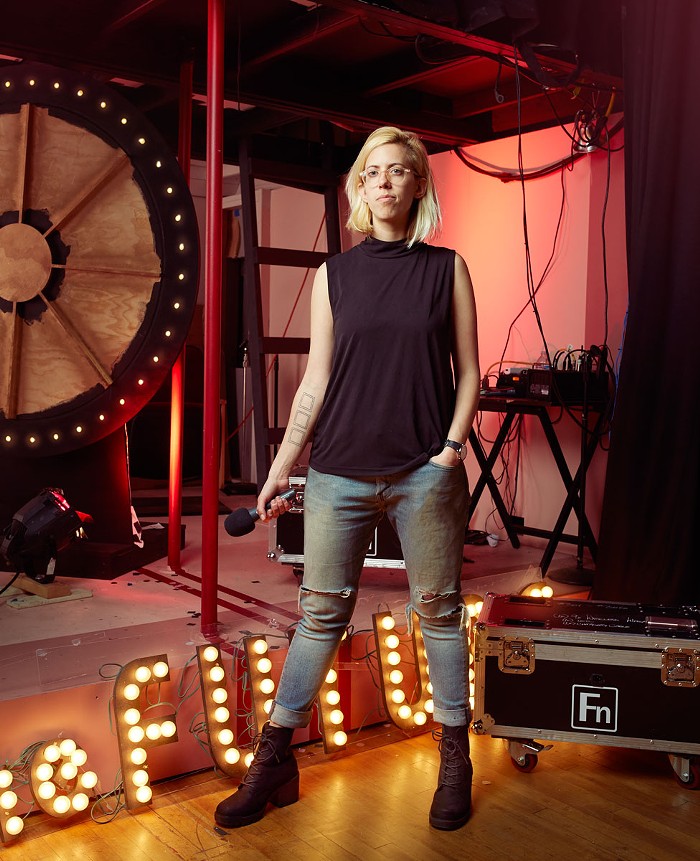 What is The Future Is 0? What can we expect (and expect to be surprised by) in the next one (May 19 and 20 at Northwest Film Forum)?

The Future Is 0 is a satirical game show filmed in front of a live studio audience. The show features Northwest artists as contestants competing in games that are designed to underscore how funny and stupid it is to be a human in 2017. It started as a DIY art project in the living room of my house and has since blossomed into a multi-camera operation out of Northwest Film Forum. In these next episodes, you can expect all new games, bizarre special guests, cultural critique disguised as neoliberal preening, and a Rube Goldberg–esque finale homage to life's frustrating moments.

Is the future really zero? Why or why not?

It really is! I think zero has a flexible meaning, though. Some days you wake up and read an article about our impending nuclear annihilation, and it's just so hard to get out of bed. The future: 0. But zero can also represent the unknown, the great possibility of not knowing what the hell you're doing or what lies ahead. There's a potency and a hunger in that.

One time I ran into you, and you were taking part in some weird kind of lab experiment as a side gig? Do you still do that?

Oh yeah! I was on my way home from a focus group for something I'd never heard of before but pretended to be an expert in because they paid me $50. This city is expensive! I want to keep making TV and films, and that can cost a lot of money. I recently was wishing I had a moderate-to-severe yeast infection because those medical research studies are where the real money's at. I'm willing to lend my mind/body to science if it means I can pay my sound engineer.

What else do you do for fun around here? How should we, the people in Seattle, be getting our kicks these days in such dark times?

You should go to the Shoreline Transfer Station. There's something really cathartic about throwing stuff over the ledge and into the big trash pile. There's also an incredible piece of art inside the dump that's just this gigantic photograph of Mount Rainier behind heaps of garbage. It is so surreal and funny to me. Beyond that, I like to ride my bike like a maniac in the middle of the night when I can't get my brain to shut off. And I watch a lot of television.

The Future Is Zero will be at Northwest Film Forum on May 19 and 20.