Person of Interest: Adé A Cônnére, the Iconic Seattle Artist Fighting for LGBTQ+ Rights in Olympia 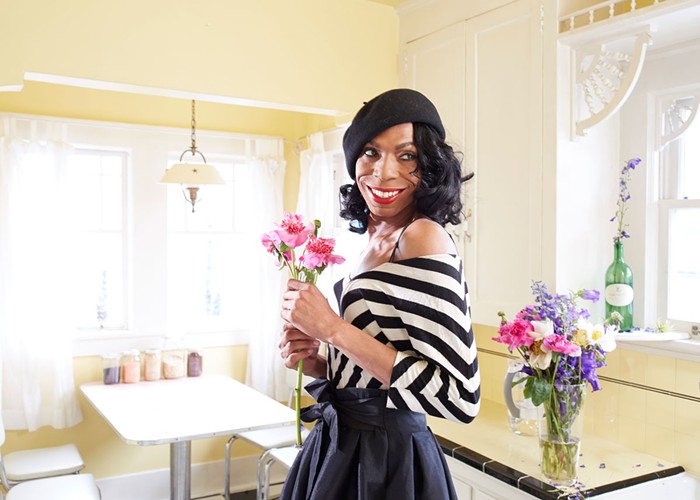 Adé A Cônnére is a familiar face in Seattle's queer community, "a staple of just about every gay Seattle thing worth doing," Adrian Ryan wrote in 2014. Most recently, the Denver, Colorado–born drag performer dipped their toes into a new medium: political activism.

In 2014, Cônnére—who is also an artist, thespian, and singer—was attacked after leaving a benefit show on Capitol Hill. Now they advocate for transgender and gender-nonconforming people in Olympia. With hate crimes on the rise and signatures gatherers working to put a new anti-trans bathroom bill, Initiative 1552, on the ballot, resilient voices like Cônnére's are more important than ever.

You've become a central figure in Seattle's arts scene, particularly for your work in the drag community. How has your work evolved over the years?

I started out mainly doing fringe theater and drag variety shows like Bacon Strip, which really helped me grow and figure out who I was as a performer. Now my work has changed a bit. I have gone a lot more into mixed media, and I'm becoming a bit more political. I've also really gotten into the fine-arts scene and fashion.

Can you tell us about a project you have in the works?

Currently I am working on the third installment of a wearable art show that I curate with my friends Anouk Rawkson and Jordan Christianson. We take artists and designers and pair them to create wearable pieces of art based on a theme. The show will be on August 10 at Vermillion.

What do you do for fun around here?

Re-bar is my playground. AzuQar, the queer Latinx dance night, is my favorite monthly night. Also Collide-O-Scope is super fun.

How do you take care of yourself when things feel bleak?

Art is what gets me through these dark times. My loved ones keep me sane.