1
Gotta say, the response to the kid calling about his laptop seemed kind of pointless seeing as how this was recorded a while in the past. His problem seemed like it needed a more imminent response if it were to be any help to him. Presumably by the time he hears this his laptop will have already gone in to get repaired and any falling out that may or may not have happened, would already have happened :/
on August 2, 2011 at 9:44 AM Report this

3
"Can slapping a girl who didn't want to be slapped be reasonably construed as a 'dick move'?
We thought so, too."

Actually, that's called "assault". If it was something explicitly sexual (e.g. vaginal penetration instead of hitting in the face), it would be called "rape". What the fuck? The "why", Dan, would be rape culture, where women are often made to think that their assaults are their own faults: consent isn't the lack of a "no", it's the presence of a not-coerced "yes". While I'm hearing your extremely careful equivocation here, you're dancing awfully close to rape-apologist arguments. The TSARY have your back, good call on cutting that short.

@1: I had similar thoughts, but just in case...
In addition to being progressive, there's sort of an unspoken code of ethics around privacy in IT: most of us use our personal computers as extensions of our headspace and are sensitive to the fact that access to someone else's computer means access to things they might want to keep private. If the caller's mom isn't the one working on the machine herself, I find it unlikely that the tech doing the work would tell her about any porn he might find (though the teenage child thing might color some people's opinion on this, if they view children as the property of their parents until age 18). Also, there's no real reason that anyone would need to or even be able to (necessarily) track down the source of a virus in the course of virus removal, so it may not be a problem. For future porn browsing, I strongly recommend getting Firefox, installing the NoScript script blocker (it's an opt-in system for active content on websites, so you only need to authorize the scripts necessary for a website to function properly, and any malicious scripts, like the one that gave the caller a virus, can't run), and running a private browser session (which eliminates any history tracking and temporary files e.g. pornographic images stored on the computer as a result of your browsing).
John Horstman on August 2, 2011 at 1:31 PM Report this
4
For the first girl, I think her desire to not think about her ex had to do with wanting not feel terribly sad while masturbating. I really am a Dan Savage fan, but I'll have to disagree strongly with his advice that she meet him sometimes for one night stands. She's grieving for a lost relationship. She needs to get OVER it as soon as possible. Maybe someday in the future when they're both completely at peace with the breakup, they could hook up. But not right now. I think the only real advice for this girl is to give it time and eventually she'll start to see beauty and joy in her life again.

5
The man offered $20 for a sex act "did the right thing" by walking away, but he didn't stop there -- he called Dan Savage to brag about how well-hung he is!
Leishalynn on August 2, 2011 at 4:10 PM Report this
6
gay kid caught w/ porn: just take the hard drive out for christ's sake. throw that in the river, and keep the perfectly good rest of the laptop hard drives are cheap and easy to replace. hope the rest of your shit's backed up ..
on August 2, 2011 at 6:46 PM Report this
7
The guy who was propositioned by a john...
You do know that this happens to women all the f***ing time right? When I was living in rougher neighborhoods it used to happen to me and my roomates DAILY.
I guess I'm still bitter about that, because I can't muster much sympathy for this guy.
argyle on August 2, 2011 at 9:22 PM Report this
8
It occurs to me that the gay kid could simply say that he wants to figure out the computer problem on his own, as he wants to learn how to fix it. Then, he can do exactly that. He learns, and his mom doesn't find out.
on August 3, 2011 at 12:06 PM Report this 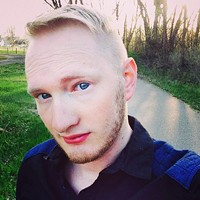 10
Being solicited for a sexual act usually makes for a fun story...but after listening to that guy talk about his, I hope I don't sound like that when recounting my own. "My job is in a very posh part of the city..." Ugh, shut up, d-bag. Also, more of a personal pet-peeve, but EDIT YOUR ANECDOTES. We don't need to know what you thought the guy said, what bus you were taking, blah blah blah.
bripatrick on August 3, 2011 at 5:51 PM Report this
11
For the kid who caught the virus from the porn site: I could make a joke about always practicing safe net, but that would be cruel. Instead, I have good news for you: a standard cleanup will give no indication of where the virus came from, and if your mom is the kind of person who needs to take the machine in to a tech instead of fixing it herself, the person actually doing the work is probably going to have *zero* interest in digging. So what will MOST LIKELY happen is that your mom will tell the tech that the machine has a virus, that you got it by clicking on an ad by mistake, and that she thinks you were probably surfing for porn at the time. Don't kid yourself, she knows - but you're denying it and she's pretending to believe you, and everyone is happier. The tech will wince and fix the problem, but at no point with *either one of them* know what site you were looking at unless they very specifically go looking for that information.

For the future, I've got advice for making sure this kind of thing never, ever happens again.

First: Stop using Internet Explorer. Switch to Google Chrome or Mozilla Firefox for your web browsing needs. The feature set is similar, but it's the add-ons to Chrome and Firefox that really make a difference. They look similar, they work in similar ways, and after an hour or two you won't even notice that you've changed web browsers.

Second: Install an ad-blocking plugin to your browser. This is why I suggested Firefox and Chrome, they've both got good ones. In Firefox, install "Adblock Plus" from the add-ons menu, and once you restart your browser, tell it to subscribe to "easylist". Poof, most of the malicious ads will simply disappear so you don't have to worry about clicking on them any more. Any ads that remain, you can get rid of by right-clicking on them and choosing "adblock image". Chrome's blocker is very similar.

Fourth: Learn the keyboard shortcuts. They're faster than a mouse click to make a suspicious page disappear. ALT-F4 closes the program (beware "are you sure?" dialog boxes - but you'd get those by clicking the little X, too), and WindowsKey-D brings the desktop to the front ahead of all your other programs. Both of those are faster and more reliable ways of making the program disappear. However, both of them make it obvious that you just closed something - so you might want to consider having a second browser window open the tvtropes.com or some other "eats your life for hours" site, and use alt-tab to throw the other window in front of your porn window when interrupted. That way, it looks like you weren't frantically closing things when your mom came down the stairs.

Fifth: The next time you get a virus infestation that your normal scanner won't clean up, start with a program called Malware Bytes Anti-Malware. Download it, install it, let it update itself, and run it - it will stop *a lot* of this kind of thing in it's tracks. And if it doesn't, oh well - you've taken my other advice, so you have no history, no record of sites, and you weren't caught red-handed, so you're probably just fine with your machine being sent to a tech for repair.

14
Jesusfuck, Dan, GET YOUR GREEN ON!

You told our poor 14-year-old with a PC virus to go chuck his laptop "into a lake"!

Now, most level-headed adults would take what you said correctly, METAPHORICALLY, as in: Just get rid of the thing.

But a hyper-distraught, 'fraid of being outted, haramone-soaked adolescent? He's likely to just take your word at brute, face value and chuck a box fulla poisons into the water table, there to give our future, unborn children three arms and a radioactive liver.

Lotta toxins in that laptop, Dan-O. Gotta remember that. Proactive stewart of the land WHILE you're helping us with all our personal dramz.

I've been there, and done that, and no, it isn't easy. Surprisingly, it wasn't only the money. (Although that was good) It was more a case of missing the freedom, of running my own business, of making my own choices, setting my own rules. That's been the thing I miss most.

Also, I miss some of my regular clients. I really liked quite a few of these guys.

It's tough to give up sex work when you're successful at it. There is a withdraw period.

My advice is this- Make certain it's exactly what you want to do, not just what your boyfriend wants. Ask yourself this- Would you be considering quitting if the boyfriend wasn't in the picture? You may be thinking to yourself that you can always return to it if the relationship doesn't work out. But it's alot harder to rebuild a good book of solid clients than you think.

My advice- do some soul searching, and leave it when you are ready, not when someone else demands it.
Comixchik on August 7, 2011 at 7:27 AM Report this
16
Captain Stargazer said it perfectly! Jeezus fuck????? WTF??? I think the kid worrying about his mother discovering his sexuality via the computer virus has many better options than throwing his laptop in a lake and wonder WTF Dan was thinking in saying that!
Love the podcast, welcome back from your well deserved vacation and GET GREEN!
CHEERS, Sean
on August 9, 2011 at 4:09 PM Report this 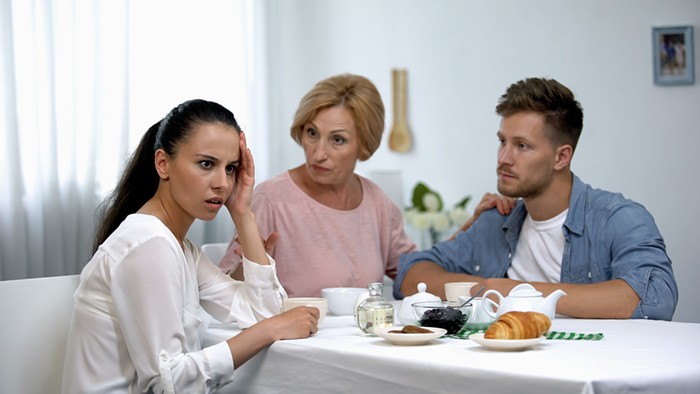 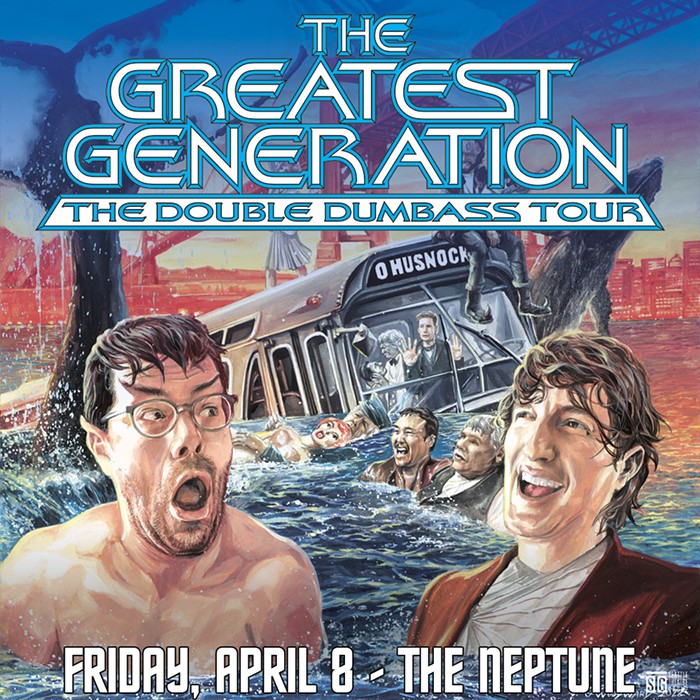