How to Be High in Public 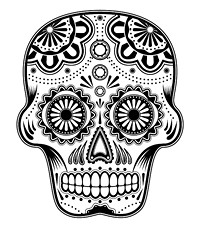 15
EMILY NOKES! When did you start following me around writing down literally everything that happens to me all of the time? This is brilliant and all these jerks writing mean stuff are mean jerks who probably suck to hangout with. I know it’s your job to write publicly and absorb stupid shit like that, but I was so surprised to read that crapola because this ruled so hard.
dangerousgift on April 16, 2015 at 1:52 AM · Report this

16
I agree with 15. This is FUCKING HILARIOUS! I empathize with exactly everything Emily Nokes has described. Been there, done that. 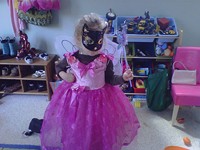 18
More from Emily Nokes. I have done a lot of those and similar block headed things.
Simple on April 16, 2015 at 2:24 PM · Report this
19
I don't remember the last time I laughed until I had to excuse myself from the room because too much fluid was coming out of all my face holes. I read the print version, which is now covered in snot (clear tho, cuz im healthy), but had to come here, make an account, and comment because I could hear the sound of whining like late-onset tinnitus.
I re-wrote this comment a lot
NinaLevin on April 18, 2015 at 2:15 PM · Report this

20
How to go to the convenience store while stoned (when you're in high school):

1. Realize you're hungry. Make plans to go to the convenience strore two blocks away. Discuss these plans at length as if you were discussing plans to invade Russia.

2. Get sidetracked when you decide to dress up your very-guyish guy friend in women's clothes for the trip to the store. Put a bra on him and stuff the boobs. Instruct him not to touch his fake boobs in public, because that will be a dead giveaway that he's a guy.

3. After what seems like hours, finally leave the house to go to the store.

5. Buy a gigantic bag of barbeque flavoured Bugles or cheese doodles or some shit. Triumphantly return to the house with them. Remember suddenly that your guy friend is wearing a dress and makeup, and wonder if anyone noticed.

6. Tuck into the bag of junk food, covering yourself with glowing orange artificial food dust. Regret your choice of snack. Keep eating it anyway because you can't stop yourself.