The Death of the Anchor Store

Sears and J.C. Penney, Former Hubs of American Commerce, Are Dying. Should You Care? 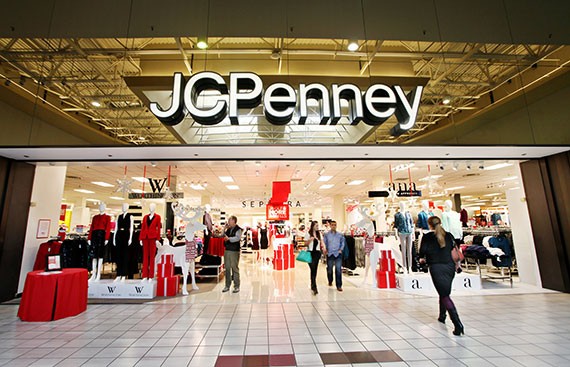 You can’t compete with everything. Kelly O
Back to article

1
I very seriously doubt that Amazon has anything at all to do with the decline of Sears and J. C. Penney. That's just an easy straw man that's been used far too often by lazy journalists.

Rather, consider the insane growth in aspirational spending that has led to Americans being buried under record levels of debt trying to live lifestyles they can't afford.

Many Americans have jobs with titles that make it sound as though they are executives or corporate professionals, ergo, they feel they can and should live as though they are, even when their incomes don't quite square up. But that's how they've been skillfully manipulated to feel.

The sorry and painful truth few want to realize or accept is that 40 years ago those same types of jobs had titles such as clerk or secretary, although back then in terms of real adjusted-for-inflation income, they probably actually paid more.

So several generations that, in truth, really can't afford shopping higher up the food chain than Sears and J. C. Penney, refuse to go to either because these are too downscale for their fairy tale self-images and have no cache among their equally self-deluded peers.

Since this cohort won't even let itself be seen walking through their doors, both retailers threw in the towel awhile ago when it came to stocking merchandise that would appeal to younger customers. After all, why stock stuff that's just going to gather dust on a shelf in an empty store?

So, Sears and Penney began spiraling downward as a result of losing touch with potential new customers. Their brief, abortive attempts to draw in new customers were so badly done (Penney in particular) that they alienated forever the faithful customer base they were relying on to keep them going. So Sears and J.C. Penney become retail wastelands, victims of America's increasingly dysfunctional, unrealistic economic values as well as their own poor retail strategies.

Purrl on November 26, 2014 at 5:16 PM Report this
2
Plenty of other clothing, appliance, and housewares chains are doing perfectly fine. The Sears model doesn't work any more. Wal Mart outdid them on the cheap front (cheap clothes, cheap tools, etc). The Fred Meyer/Meijer model seems to fit modern shopping habits better (I need groceries and some junk for a house project and some light bulbs from a decent selection, I go there).
Sears used to operate partially out of a catalog. They still try to. They clung to their old business model for way too long and it's way too late now.
The CHZA on November 27, 2014 at 11:33 AM Report this
3
What shocked me about Sears was they may not have been able to beat Amazon but they should have been able to put up a more impressive fight against Amazon. Why didn't they ever think of putting those big massive catalogs online and try to make an on line shopping experience as a compliment to the brick and mortar shops? It probably wouldn't have worked but it's like they didn't even want to try.

Sears and JC Penny's and Montgomery Wards like them before are dead: GOOD
Cato the Younger Younger on November 30, 2014 at 4:21 AM Report this
4
Both Sears and JC Penney were shot through the heart by vulture capitalists, plain and simple. The cratering of the chain and the looting of their valuable real estate was the entire plan. It's only a matter of time before the vultures fly off and leave the carcass to rot.
Marrena on November 30, 2014 at 9:40 AM Report this
5
@ #1 Purll:

"I very seriously doubt that Amazon has anything at all to do with the decline of Sears and J. C. Penney"

Respectfully, I disagree. A few years ago, I watched my son, in his room, sitting in his underwear, and T Shirt, buying all his Christmas presents, on a laptop.

About a week later, I came home for lunch. There was a UPS truck driving up one side of the street, and a FedEx truck, coming from the opposite direction. I realized, at that point,
we don't go to the mall, any more. The mall comes to us.

Thank you, for considering an alternative point of view.

I.t. Burns on November 30, 2014 at 11:12 AM Report this
6
I plan to go to the Birkenstock store at the Tacoma Mall to try on some sandals and find the correct European size. Than I plan to buy them on-line.
Arthur Zifferelli on November 30, 2014 at 1:05 PM Report this
7
@2, and Paul: The decline of Sears is primarily due to their executives. There are numerous articles about the management and how it was driving their market share into the gutter. One of the best little things that indicates what was wrong:
Certain departments make a ton of money, while different departments draw people to the stores. Management made departments bid on flyer space, and the moneymakers of course would always win, leading to far less exciting and crowd drawing flyers.

http://www.businessweek.com/articles/201…
Hanoumatoi on November 30, 2014 at 5:09 PM Report this
8
I always used to buy Sears Craftsman tools, usually well made, but if they broke *ever*, you could get a replacement. I stopped going to Sears after a brand new Bridgestone tire I bought there blew up on me doing 60 on the 520 bridge. Initially they accused me of hitting a curb and refused to replace it. They said damage to the rim proved it. Of course there is damage to the rim when your tire explodes and the rim hits the pavement doing 60... Anyway, after I had a melt-down with their manager, they did replace it, and I have never shopped there since.
Arthur Zifferelli on November 30, 2014 at 6:15 PM Report this
9
When I lived on Capitol Hill (over 7 years ago now) I went into Pretty Parlor (vintage store on Summit Ave. across from the Biltmore where I lived at the time) looking for a sweater or some other cover up to go over a spaghetti strap dress I had purchased to wear to a friend's wedding. The bitch in the store couldn't be bothered to help me and suggested I try Sears. Apparently that was the best insult she could come up with having made her determination that I was not hipster enough to be shopping in her shit hole. Still hoping someone will burn that store down.
xina on November 30, 2014 at 8:13 PM Report this
10
May they rest in peace alongside Frederick and Nelsons, The Bon Marche, Lamonts , Wigwams, Chubby and Tubby, The 88 cents Store, Ernst, The B&I Circus Store (the one with the ape), The Squire Shop, the Gobb Shop, dr. Feel good, ........
handelfire on November 30, 2014 at 9:05 PM Report this
11
Meh, no one is mourning Montgomery Ward or Woolworths. Truth be told, both Sears and Penneys were in trouble before the ascent of Amazon. Amazon just exacerbated their decline. Poor customers left Sears and Penneys for the cheaper and nearer Wal Marts. Wealthy customers can now shop nationally at Macy's, Nordstroms, and Marshall Fields whereas before these were very local superstores. The rise of specialty big box stores such as Home Depot and Best Buy and Toys R Us siphoned off customers who would normally have shopped at Sears or Penneys for hardware, electronics, or toys.

Sears and Penneys are dead stores walking. I can't really find any fucks to give. It's not like they treat their customers or their employees any better than Amazon, Wal Mart, or Best Buy.
NineOneFour on December 1, 2014 at 11:30 AM Report this

12
Attempting to purchase a refrigerator (ultimately went elsewhere do to Sears' suckatude) or repair appliances through them (they spent more time trying to upsell me instead of honoring their warranty, eventually hired a local guy out of pocket instead of dealing with Sears) was a fucking nightmare.

There only thing Sears really had going for it was Craftsman tools, beyond that, good riddance.
Dougsf on December 1, 2014 at 12:35 PM Report this

14
The bigger story is that most physical stores are in trouble compared to online stores - an online location will always be more convenient for the customer because you can order at home, and it will always be more convenient for the owner because you cut out the retail workers entirely and much of the rent, saving loads of money. Retail jobs are a huge part of our economy, and they are slowly disappearing with nothing particular to replace them.
HollowMan on December 1, 2014 at 1:14 PM Report this

15
JC Penney either owned the mall or the land under Bel Square. If I were a shareholder, I would have forced that sale 5 years ago.
biffp on December 1, 2014 at 1:17 PM Report this
16
The Overlake Sears in Bellevue is a veritable ghost town. Less and less merchandise is spread further and further to give the impression of a fully-stocked store. It's like the retail version of a bald guy's combover.
L_Sid on December 1, 2014 at 3:46 PM Report this
17
@7

18
What exactly are we mourning here? JCP has 1100 stores and Sears just under 800. Fact of the matter is they'll be closing stores because it just makes sense. In no way does this mean they're going anywhere. Consumer habits are changing and have been so it'll be interesting to see what they do next.
cfritz75 on December 1, 2014 at 11:47 PM Report this
19
"Should you care?" Yes, we SHOULD care.
on April 6, 2015 at 11:09 AM Report this