James Yamasaki
Back to article

Talking of the failure of marriage as if it's just a fifty-fifty flip of a coin is not considering a slew of facts and likely a belief symptomatic as to the conditions necessary to make a marriage a pre-emptive failure in the first place.

Goldy your failed marriage is exactly that - your failure. Don't project onto an entire new batch of hopefully successful marriages.

7
I've got a tear in my eye. This was beautiful.
dwightmoodyforgetsthings on December 5, 2012 at 11:31 AM Report this
8
"You owe it to your friends and family, especially US NORMALS. "

"You think it's easy putting aside millennia of tradition/discrimination (and let's be honest, a touch of revulsion), all for the sake of your happiness?"

Marriage equality is about more than individual happiness. It is about recognizing civil rights and that everyone is entitled to the same rights, privileges, and yes, even responsibilities. Referring to straight folks as normal (and by extension LGBT folks as abnormal) is not only hurtful and rude, but it demonstrates your prejudice.

9
oh good, I'm glad that straight people are telling queer people how to live their lives, I was really wondering how to feel about marriage equality
Ian Awesome on December 5, 2012 at 12:04 PM Report this 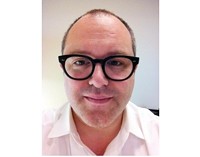 Also factor in splitting all your money 50/50 from the day you get married plus all the lovely legal fees. It is so much easier living together. It is so funny to see how hard you all have worked to get this passed. Half of you are going to find this was a really bad decision you made to get married. The best of wishes to the folks who's marriage are successful.
on December 5, 2012 at 1:00 PM Report this
13
Just got married last weekend (my second and last - her first and last). Weddings are just the icing on a cake when it comes to marriage. Marriage is a pain in the ass but we do it so somebody can be a princess for a day and photographs can be taken as proof that we're husband & wife now. Gay people deserve the same damn rights as straight people. They should be able to hear their parents give toasts after having had several drinks. They should have cake shoved up their noses so they can taste it again later. And as this author has stated, they should have the honor & privaledge of receiving candle sticks, champaign flutes, KitchenAids and Cookware too. Please limit the 1st kiss to "church-toungue" and enjoy!
on December 5, 2012 at 2:25 PM Report this

My own chance of divorce is apparently 11% in the next 5 years. My husband's is 8%. Kind of a neat little tool.
http://www.divorce360.com/content/divorc…

But the Census bureau only tracks new marriages and "new" divorces each year, which could be skewed by the fact that the population age distribution is changing. A "bulge" of young people = more new marriages (so looks like fewer marriages ending in divorce, but it's not the case), a bulge of old people = lots of divorces, so it looks like people are more likely to get divorced but that's not the case.

What you really want to know is when people get divorced, how long were they married -- so are people *staying* married longer or not? And you want to track this separately for people who are divorcing for the first time vs. repeat divorces, because that might differ. Maybe first marriages aren't ending in more divorce, but the subset who divorce and remarry are doing it more... You even have to adjust for when people marry -- since they are marrying later (but also living longer), you can't look at divorce by age-of-person, but by duration-of-marriage, and even duration-of-marriage might be skewed if people start living really longer.

The Census bureau does not track any of this and those records aren't easily available -- there are some data from surveys / smaller studies at the national marriage project with this stuff. The 50% figure is basically still accurate, that's the overall chance of divorcing before one spouse dies. But it's much lower for some demographics, higher for others, indeed, the chances of a *first* marriage ending in divorce lower than 50% because the repeat-marriages-divorces boosts the overall divorce rate quite a bit.

Of course, the slightly conservative marriage project (NOT NOM) fails to mention that due to conservatives, it's harder and harder to be wealthy and educated, so that demographic is going down.
delta35 on December 10, 2012 at 1:34 AM Report this
31
Even if your kid's other parent doesn't stick around at all you get to have THOSE in-laws FOREVER.
on December 10, 2012 at 2:42 AM Report this
32
Excellent piece. But please don't think all of us are naively gaga about getting hitched. I and a lot of other people worked very hard and gave a lot of money to get this done, not because we necessarily wanted to get married, but to defeat the assholes who said we shouldn't be allowed.
on December 29, 2012 at 5:30 PM Report this
33
This posting is the God's-honest-truth. Apologies in advance to all our gay friends and relatives who will find out sooner or later
jcricket, the original on December 29, 2012 at 9:24 PM Report this
34
Oh Seattle, why so earnest? Why does the divorce rate equal the amount of people who get their butts in a ruffle because they have no sarcasm meter? Do you need a special font or something to let you know when someone is (gasp) poking fun, example here at the gays AND straights?

35
Reading these comments reminds me that so many have lost the ability to understand sarcasm and satire unless it has an innane "colon-close-parentheses" figure at the end of it.

so here you go --> :)
Beetlecat on January 2, 2013 at 10:00 AM Report this
36
Hi everyone, i want to let you people know this spell caster that did a break up spell for me to break my husband up with one lady is on Dr. Lawrence Temple, he is very powerful and good at his job. it was just few hours later he emailed me and told me that he have cast the spell and he said in just 28hours i shall start seeing results of my spell and what surprises me most was that at the 28th hour my husband called me and started apologizing and he is so much in love with me now. If you need help any kind of spell you can reach him on his email: drlawrencespelltemple@hotmail.com
SHERI34 on January 14, 2015 at 11:37 PM Report this