I'm in my mid-40s, straight, never married. Ten months ago, my girlfriend of three years dumped me. She got bored with the relationship and is generally not the marrying type. The breakup was amicable. I still love her and miss her. Last week, I wrote her a letter saying that I still love her and want us to get back together. She wrote me a nice letter back saying she doesn't feel passion for me and we're never getting back together. Over the past few months, I've started dating another girl. She's pretty, smart, sexy, and kind. If I proposed, she'd probably say yes. I want to get married. The problem is that I don't have the passion for her that I had for my previous girlfriend. So do I "settle" for Girlfriend #2 or start my search all over? Please don't give me the bullshit that love can...

There is no settling down without some settling for. Please make a note of it. Also, NCA, while passion is a great feeling—totally intoxicating—it also tends to be ephemeral. It's a hard feeling to sustain over the long haul, and marriage is theoretically the longest of long hauls.

You felt strongly about your ex, but she didn't share your feelings. You don't feel quite as strongly about your current girlfriend, but you would like to be married—to someone, maybe her—and Girlfriend #2 seems like a good candidate. I wouldn't suggest proposing, as you've been seeing her for only a few months and most sane women view early, impulsive proposals as red flags.

And finally, NCA, the specter of a "true love" waiting for us out there somewhere, either lost or not yet found, snuffs out more good-and-loving-and-totally-worth-settling-for relationships than anything this side of cheating.

My girlfriend has started seeing other partners. It makes her happy, and in turn I'm happy for her. It's taking me a bit of time to adjust to the new situation, but she's happier than she's been in ages. We love each other and are crazily compatible. Today she came back from a hotel with bite marks on her breasts. I know she's been with a few people over the last few weeks, but being reminded of it each time I look at or touch her makes me uncomfortable. What's more, the guy who did it knew she was part of a long-term couple. Do I need to get over it for the sake of my girlfriend or do I make an issue of hickeys?

If you and the girlfriend have a don't ask, don't tell policy about her hookups with others, BRUISE, then hickeys and other kinds of slow-fading marks violate the spirit of that agreement. Those kinds of marks amount to a nonverbal "tell." You have a right to calmly point that out to your girlfriend, and she has a responsibility, in the future and in the moment, to remind/warn her outside sex partners that leaving slow-fading marks on her breasts, neck, thighs, forehead, insoles, eyelids, etc., is out of bounds.

For your part, BRUISE, don't inspect your girlfriend post-hookup for the kinds of marks that fade quickly after sex, as that would amount to a nonverbal ask.

My first refractory period—the time it takes me to get ready to have sex again after my first orgasm—is shorter than the time it takes me to lose my erection. I was in a relationship and wasn't using condoms anymore by the time I figured this out, so it was just generally good times—I'd blow my load, take less than a minute to catch my breath, and be ready to go again. But now that I'm single and entering the dating pool, I'm going to be wrapping it again. Obviously. But I'm not 100 percent sure it's safe to blow two loads into one condom. I'm not sure how much ejaculate I'm producing the second time I come, but it's surely less than the first time. I'm not confident that "second" erection would survive the whole taking-off-the-condom-and-tying-it-up-and-then-putting-on-another-condom exercise, but I would like to avoid that rigmarole if possible. So is it safe to blow two loads in a single condom?

The failure rate for condoms when used correctly is low (2 percent), TPC, but the failure rate for condoms when used incorrectly is high (18 percent). Leaks are the most common way condoms fail, and slamming your cock in and out of someone with a fully loaded condom wrapped around it will result in leaks. Even if your second load consists of nothing but good intentions, TPC, reusing a condom the way you describe is a recipe for disaster, impregnation, disease transmission, or all of the above.

I have to put my two cents in about Heartbroken And Devastated, the man who discovered that his wife has been cheating on him the entire time they have been together. Her constant and selfish betrayal is egregious. Instead of being honest and giving him a chance to be in an open relationship, she chose to make a fool out of him. She is selfish and a slut. Not to mention that she could have given him an STD, AIDS, you name it. I disagree with you about the concept of monogamy—I don't think it is a fantasy. I believe there is something that separates us from the animals, and that's called integrity and self-control. I am happily married to a beautiful woman. I am a singer in a band, I get hit on all the time, but I don't act on it. Because some of us have a conscience and don't betray the ones we've made a COMMITMENT TO. I wish HAD the best of luck, but I hope he moves on and finds someone who will appreciate him.

Monogamous And Proud In Portland

I have a few questions for you, MAPIP, but first: I agree that HAD's wife betrayed him in an extreme and egregious way, and I made that clear in my response. ("The scale, duration, and psychological cruelty of your wife's betrayals may be too great for you to overcome.") Now here's my question for you: What did you make a COMMITMENT TO? Was it to your wife or was it to an ideal? Did you commit to a fallible human being or did you commit to a principle?

Let's say your wife screwed up and cheated—which happens all the time, it could happen to you (you do realize you're whistling past the world's most densely populated graveyard), women cheat now at pretty much the same rate men do—and let's say it was a far less egregious betrayal than the one HAD is suffering through. Let's say it was a one-off, years from now, or maybe a two-off. Would you stay and try to save your marriage or would you leave your wife? Staying and trying to save your marriage says, "I committed myself to this person," leaving says, "I committed myself to this ideal."

If your ideals are more important to you than your spouse, I think you're doing marriage wrong. But you're free to disagree. 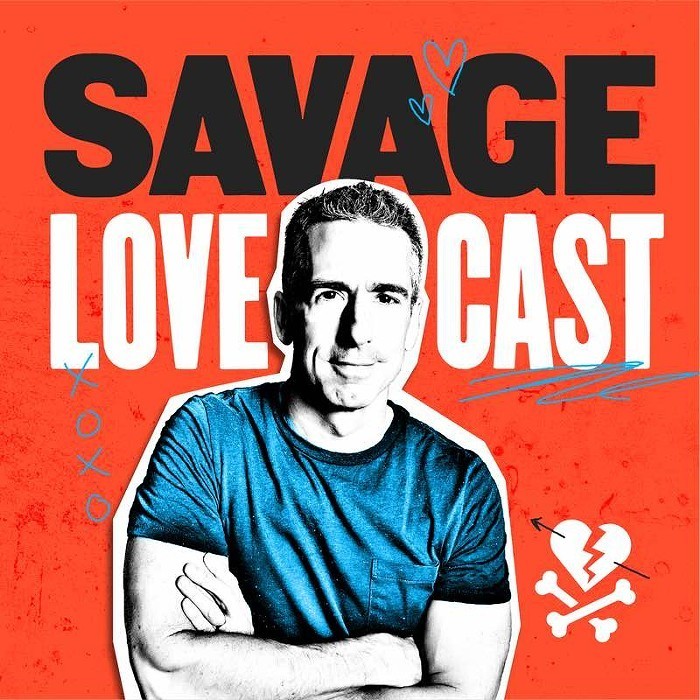