The one thing you will never find today in the United States of America is a city that doesn't have a hiphop scene. The political certainty that cities with populations over 500,000 vote blue is matched by the cultural certainty that cities with populations over 500,000 have thriving hiphop communities. Seattle is by no means exceptional. Like any other city, Salt Lake City included, it has a hiphop history, a hiphop style, hiphop battles, regrets, alignments, producers, and consumers. What is exceptional about Seattle, however, is that, until very recently, it completely failed to recognize its own hiphop community. The city never took the scene seriously, treating it in much the same way it would treat a Mongolian restaurant—as something utterly foreign, something interesting, something that adds a little spice to the city.

In 2005, the city was stunned into awareness by a jolt of strong releases (by Framework, Common Market, Grayskul—to name a few), and from that point on it was impossible for Seattle to ignore its own hiphop. This jolt, which, to borrow an expression from the canceled TV show Dark Angel (which was set in Seattle), I will call "the pulse," not only helped local rappers escape the ghetto of KEXP's Streetsounds and enter regular programming hours, it also helped them reach the final destination on the dial, The End (107.7). Times they are a changin'. But the pulse that shocked our city into realization did not come out of the blue; it was part of a movement that had been gaining momentum and strength for years. Almost all of the rappers and producers of the pulse had been making CDs since the late '90s. And before that, in the mid '90s, there was another strong surge of hiphop releases that were as rich, as well produced, as the records that came out in 2005. The problem was not the scene itself but the city, which took ever so long to see the scene.

But even after 2005, there is still an air of doubt in Seattle. Some wonder if the successes of the pulse can ever be repeated, if it was, maybe, all just a fluke? (A certain Seattle music magazine is at this very moment working on a feature that questions the sustainability of high-quality hiphop in this city.) Such doubt does not only dishonor the talent of the rappers and producers of the pulse, but also the entire history of local hiphop, which goes back to the early 1980s. Believe this: If 2005 was the year of surprise, 2006 is the year of certainty; by 2007, you will know that first-rate hiphop is here to stay.

To give my claim the weight of evidence, here are five headz with CDs that are just out or soon to be out. What's dropping now is as good as, and in some cases better than, what dropped last year. 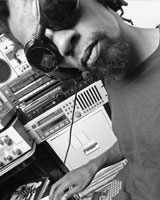 Mic Mulligan and S. Future are one person: veteran rapper and producer Specs One. A connection between Specs One's music and the music of Madlib, Edan, and Beatmaker must be made. The connection, however, is not a matter of him sharing a sound with the other spaced-out rappers/producers, but a sense of total artistic freedom. Specs One makes hiphop that is not imprisoned by his city's limits, his place in time, or the status of his wallet. What one hears in his work, and particularly in the soon-to-be-released Original Space Neighbors, is the full realization of strong hiphop ideas. As Silas Blak (of Silent Lambs Project) experiments with language, Specs One experiments with concepts. Space is his place. 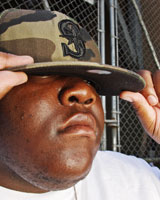 For the past year or so, the word on the street was this: D.Black has the skill and ambition to go supernova. Though Seattle has his heart, the national stage has all of his dreams. His debut CD, The Cause & Effect, was finally dropped last month by Sportin' Life Records and critical judgment has called it an artistic success on both levels—rap and production. Now it is up to commercial judgment to reward what is in every way a CD that feels and sounds much bigger than Seattle.

D.Black is part of the gangster school of rap, and so The Cause & Effect is packed with guns, street realism, and crass materialism. He is not about being nice, polite, or cheerful—D.Black is aggressive, individualistic, and fatalistic. But why should we bother listening to music by a disagreeable person? Because, like Eminem, the man has the gift of gab. His hero, Jay-Z, claimed in "A Moment of Clarity" to have the rapping strength "to carry Biggie Smalls on [his] back"; D.Black has the strength to carry both Jay and Biggie on his. The Cause & Effect also features production from The Three (BeanOne, Vitamin D, and Jake One). 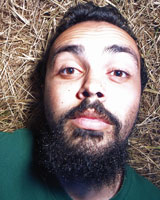 Gabriel Teodros had a major part in last year's pulse. He is one of the two rappers in Abyssinian Creole, and he also recently joined forces with Blue Scholars and Common Market to create Mass Line, which is destined to be to Seattle what Quannum is to the Bay Area. His solo CD, Love Work, which will be released in late 2006, is mostly produced by Amos Miller and guided by the creative director of Mass Line, Sabzi.

Teodros's raps explore his Ethiopian roots, evaluate his American realities, and express his far-left political views. I believe Gabriel is one of the few male rappers in the world who can claim to be a feminist. Not only does he respect women, but he believes that men would be far better off if they let the other sex lead and manage human affairs. Teodros, like Seattle, be on that next-level shit. 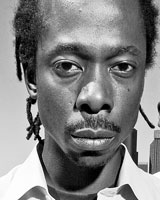 Silas Blak is one half of the Silent Lambs Project. He is also the most complex rapper that Seattle has produced thus far. As his stunning EP 1986 demonstrates, his raps are more about form than content. Or better put, to get to his content—his ideas, political views, and philosophy—one must first wend through a maze of verbal constructions that often come very close to completely breaking away from their meanings and becoming as pure as the notes that blow out of a jazz player's saxophone. With Silas Blak, local hiphop stands at a point that's farthest from the cash register and closest to an object in a gallery. But the difficulty of his rhymes does not subtract from the substance of his funk.

Two quick notes about the EP's production: One, the best track on 1986, "Perseverance," was produced by the hiphop monk Specs One; two, the CD features production from two of The Three—Vitamin D and BeanOne—both of whom are able to operate in the commercial realm of D.Black and the anti-commercial realm of Silas Blak. 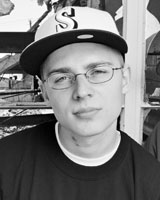 When I asked Grynch, who is 20, how he met his main producer, C-Nik, who is 19, he said, "In beat-making class at Ballard High School. I know people don't usually think of Ballard as a hiphop 'hood, but that is where I'm from." When I asked him when and how he released his first EP, The 7 Deadly Sins, he said, "It came out a couple of years ago; it was my senior project in high school." Indeed, one gets the impression that Ballard High School is some kind of hiphop academy; and if such is the case, then one of its star graduates is Grynch, whose track on the fourthcoming Reigncraft Vol. 6 compilation, "That's Hip Hop," is a dissertation on the history and truth of the form. Unlike so many rappers his age, Grynch goes beyond Tupac and Biggie Smalls and namechecks old-school rappers like Big Daddy Kane and Rakim.

Last year, Grynch released a solid CD, This Is What I Do, which deserved more attention than it got, but "That's Hiphop" makes it clear that the CD he is presently crafting with C-Nik is going to bring him and his beat-builder more recognition. Reigncraft, which is released on August 22, also features tracks by Skuntdunanna, Blue Scholars, Macklemore, Dyme Def, dRED-i, and Parker Brothaz.