Bowing Out: When and Why Ballet Dancers Retire 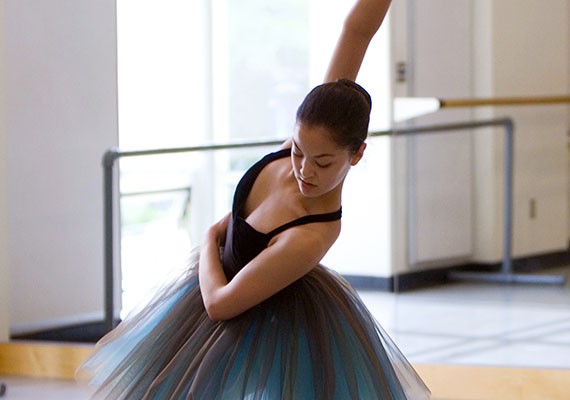 The ballerina who decided to retire “before my body is broken.” Angela Sterling
Tweet

Back in high school, the small, regional ballet company I belonged to was performing Coppélia with the usual array of pre-professional and past-their-prime male dancers whose fees fit the budget. My partner, a leggy, 40-ish Dominican who repeatedly tried to smooth-talk his way into my tutu, was learning a particularly difficult series of movements, in which he would catch me around the waist as I jumped vertically in front of him. At the height of the lift, he faltered and I ended up on the ground behind him, tossed over his shoulder like a sack of lawn clippings.

Sometimes, dancers have a responsibility to retire. Artists in almost every other medium can work until they keel over, but the demands of dance require serious thought about retirement before dancers even reach middle age. They rely on one another—one weak dancer, whether leaping or catching, can be a hazard to the rest.

On June 8, Pacific Northwest Ballet will present its "Encore Performance," a selection of pieces highlighting the departure of three audience favorites, two of whom are leaving dance altogether: Kaori Nakamura and Liora Neuville. Nakamura, who has 17 seasons at PNB under her belt, will teach at the PNB school. Neuville will continue her studies in nursing. When asked why she would leave such an illustrious career in its infancy (Neuville is in the corps de ballet and might've risen through the ranks with her stunning lines and endearing, loving stage presence), she simply said: "I want to leave while I still love it, before my body is broken." Backed by college credits earned through PNB's Second Stage program, which offers the opportunity to take courses while dancing full time, Neuville is ready for an adventure on her own terms.

Nakamura, who at 44 is still a petite, leanly muscular force of nature, wanted to retire at the end of last season, but artistic director Peter Boal convinced her to hang around for one more, and for good reason: Nakamura captivated audiences with her Princess Aurora in Sleeping Beauty earlier this season, leaping across the stage with more energy than most of us have at 20. She has danced for almost 40 years, and it's time, in her opinion, to quit while she's ahead. But what, exactly, is "ahead"? Brian Wallenberg, a retired principal dancer from Atlanta Ballet, knew he was ready to retire at 35 when spending six hours a day in rehearsal just got annoying. "I was ready to not be fully consumed by my work, and ready to be an adult," he said. "In classical ballet, everyone is always telling you what to do. It's almost like being a kid."

Contemporary dancers, especially independent artists without the cushion of employment in a professional company, don't have cut-and-dried career life spans. Seattle is home to a multitude of quality contemporary dancers with no company affiliation who dance far past the age when most classical dancers retire. Shannon Stewart, a founder of the Vera Project, abandoned her background in business and urban planning for a dance career, and is still going at 37. "I thought I should retire and seek another profession when I was like 20," Stewart said. "But then when I was 30, I was like, 'Screw it.'" She thinks she'll keep at it "until I end up in a state-funded nursing home."

In classical ballet, there is the idea that you should quit before you start to hate what you do, or look like shit doing it. Working toward a career on the stage from preadolescence—the norm with most dancers of PNB caliber—robs dancers of one kind of life as much as it rewards them (or a fraction of them) with a glamorous career on the stage. But even those who dance well past middle age sacrifice to do so: Many live at the poverty line long past the point when nine-to-fivers have bought houses, established 401(k)s, and put children through college.

A lifetime in dance, however, doesn't mean there aren't other talents lurking below the surface. "When dancers are onstage with our hair pulled back and makeup on, we look the same and people think we're all the same," said Maria Chapman, PNB principal dancer and chairperson of Second Stage. But former PNB dancers have found second careers in law, medicine, and interior design. In 2006, after breaking both of his feet, PNB principal dancer Jordan Pacitti began studying how to make cologne, candles, and other fragrances. By the time he retired in 2010, his skin-care-product business—Jordan Samuel—had been up and running for three years.

Fuck The Nutcracker: Why You Should Go See Every Ballet But This One