The Wrongs of Spring

The Anguish, the Myth-Making, the Confusion, the Colors, the Dread 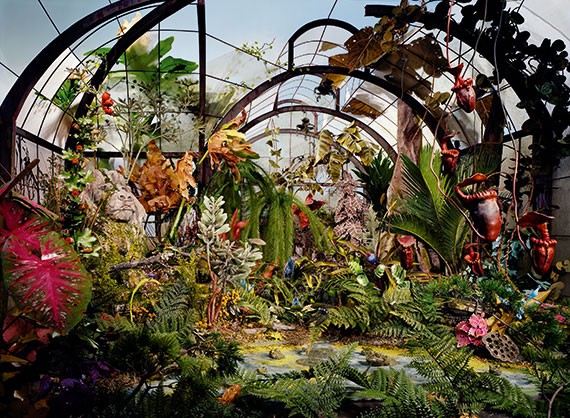 Spring is when the light starts coming back. Green things shoot out of the earth and the world unthaws and gets moist and soft and the wind stops whipping and turns into breezes and little girls get Easter dresses and shiny shoes and little boys dress up in short long pants and cute bow ties and everyone gets Easter baskets and finds bright colored eggs. People sweep away dead, stuck leaves and open the windows and throw away stuff. Mammals come out of their winter caves and start shedding pounds and layers and eating healthy. They turn to the sun and show their faces and sap starts to rise and everything's new again.

Everyone else seems happy and eager to start again but you are not, no, you don't want to start again, you don't want to go through another year. The winter was hard but it felt outside how you felt inside; the dark and gray became you. In winter you were not the only one who didn't want to get out of bed or leave the house or do things or remember. You didn't feel good, but at least you weren't out of seasonal sync. The outside looked like you inside.

Here's part of the start of T. S. Eliot's The Waste Land:

A little life with dried tubers.

A tuber is an underground stem or root. The word comes from Latin for "swollen."

We used to have a kids' book called The Story of the Root Children, which begins: "Under the ground, deep in the earth among the roots of the trees, the little root children were fast asleep all winter long. They didn't feel the biting wind, the cold snow, or the stinging hailstorms. They slept peacefully in their warm burrows..."

It's right they spend their tuber lives asleep.

Mother Earth wakes the root children up: "Time to get up now. You've slept long enough. Spring is coming and there's work to be done."

The root children go to work. They look alike and have bowl-cut hair and dress in plain brown smocks. In the rooty dirt beneath the ground they clean and paint the shells of beetles and roaches. Above them the land is golden and light. To get out of the underworld the children have to climb. They walk in a row up the root of a tree and when they get outside they meet a snail.

The author-illustrator of Root Children was Sibylle von Olfers, aka Sister Maria Aloysia after she joined the Sisters of Saint Elizabeth, aka "The Gray Nuns," because they wore gray hoods with their plain brown habits. The Sisters worked with people too sick for hospitals; they went to their homes to care for them and, kindly, help them die. Sister Maria Aloysia died at 35. The root children crawling up from below look like souls coming up from the harrowing of hell.

Jesus went down to hell in spring. It was after he died and was laid in the tomb. He went down to harrow hell and then he brought up the dead.

Persephone went to hell and came back too. Zeus, the father of gods, let Hades, god of the underworld, who was in love with Persephone, abduct her because Demeter, her mom, wouldn't let Persephone go out with a guy from hell. So Hades abducted—that is, he raped—Persephone. He took her to hell. While Demeter, the goddess of fertility and earth, looked for her, she turned the crops to crap and kept the plants from growing. After months of searching, she found Persephone in the underworld and brought her back. But because of a trick too complex to tell you here, Persephone has to go back to the underworld each year for a while, which is winter, then gets to come back above each year for a while, which is spring.

Spring is a time when your cover is blown. You get exposed and then bad things can happen.

What if sometime the girl did not come back? What if she wanted not to come back because she had gotten tired of going back and forth, of every year getting covered and then uncovered again, of living in two different worlds, the one where you're quiet and unseen in the dark, and then the other one? What if she couldn't bear it one more time?

Why do we need to believe she will come back?

Stravinsky's "The Rite of Spring" is also about a rape. The audience rioted when it premiered in 1913, not because of the rape, which was, as art so often likes to make it, "discreet," but because of Diaghilev's brutal dance. The story's about what's been in the dark then woken up, pent up and fevered, murderous. Stravinsky described the piece as having begun in "a fleeting vision":

"I saw in my imagination a solemn pagan rite: sage elders, seated in a circle, watching a young girl dance herself to death. They were sacrificing her to propitiate the god of Spring."

Dear God, what kind of god would ask for that?

March was named for Mars, the god of war. In the olden days you didn't wage war in the winter because your soldiers and horses would freeze and you couldn't travel. You waited until the world began to thaw and you could travel and not freeze again and get back to your pillaging.

April may be named (people disagree) after the Latin aperire, "to open," as in buds, flowers, etc. But opening can be dangerous. Exposure can be scary to the unprotected self. April is the cruelest month (The Waste Land).

May may be named for Maia, a Roman goddess (not unlike the Greek Demeter) of plants and of fertility. And maybe also for maiores, the "elders" who were honored by Romans this time of the year.

Before or after they saw the poor girl dance herself to death?

The elders are the people who survive. They'll grieve and spend the rest of their lives remembering.

Doctors call spring "the suicide season." Though everyone thinks the winter holidays depress the most (the pressures of family or not having one, the horrible false good cheer, shopping mall music), it's spring. Medical people first noticed this trend in the early 19th century. Recent studies have suggested that sunshine triggers suicidal thoughts, as do increases in temperature, the pollen count, barometric pressure, rain, the phases of the moon.

Spring Fever is either an increase in or a decrease of your energy. Your serotonin levels, which are affected by sunlight, are depleted in the winter. When the light comes back and more serotonin gets made in you, it can pep you up, or because of the work to produce it in you, exhaust you. These studies are all disputed, of course, and none of them, really, will tell the reason why. Whatever is going on in you or your body or world, one thing that's sure about spring is we've decided what it means: a new beginning, a fresh new start, a brand-new better you. But if everyone near you is hopeful and bright and you can't imagine your life could improve, you might feel awful or worse.

Whenever I hear the opening of "Spring," from Vivaldi's The Four Seasons, I want to scream. It's chipper. It's pert. It's a plastic smile. It's trying too hard to twinkle. In the second and third movements, you can hear what's still underneath, what couldn't be spring-cleaned away despite your trying: It's something forever sad.

Rites of Spring, hardcore band in the '80s. The first song on their only studio album is titled "Spring" and contains these lyrics:

Caught in time so far away...

Caught at a distance from myself...

What could I do?

I try hard not to think of it.

Sometimes, even when you try to write about something as if it's nice, there's something underneath that isn't nice.

When April with her showers sweet, has pierced the drought of March to the root and bathed each vein with powerful liquor that gives birth to flowers... that's when people want to go on pilgrimages... It was during this season that, one day, in Southwark, at the Tabard Pub, I lay...

While plants outside are being soaked with fecund-making rain, the narrator is lying down in a bar. People who lie down in bars are drunk. They're miserable; they love company:

There came at nightfall to that hostelry Some nine and twenty in a company Of sundry persons who had chanced to fall In fellowship, and pilgrims were they all

We tell the stories we need to believe.

Sylvia Plath took her life in February, just before the start of spring. So did, more than 30 years later, the dramatist Sarah Kane. This past winter it was Philip Seymour Hoffman. Maybe he didn't plan to die, but when is an overdose not the end of a long time of trying to die?

I don't remember what season it was in which Joe took his life. I try hard not to think of suicide. Most of that kind of stuff I have worked to forget. But I do remember him visiting me two weekends before and how we stayed up late and giggled and laughed and talked about who we liked but didn't like us. He slept on a futon on the floor, I slept on the bed beside it. He seemed really happy and I was glad; I felt relieved and was very glad for him. I also remember when they called and taking the bus back to town and all of us in the house crying and laughing and not knowing what but thinking had it been inevitable, or was there something I should have seen? Then all of us at the grave site, sunny and shivering.

Spring is also a word for when someone escapes from prison. Sometimes they get help from friends outside, as in "They sprung him out." But sometimes the poor bastards have to escape alone.

May God have mercy upon their souls.

The Problem with Diva Worship