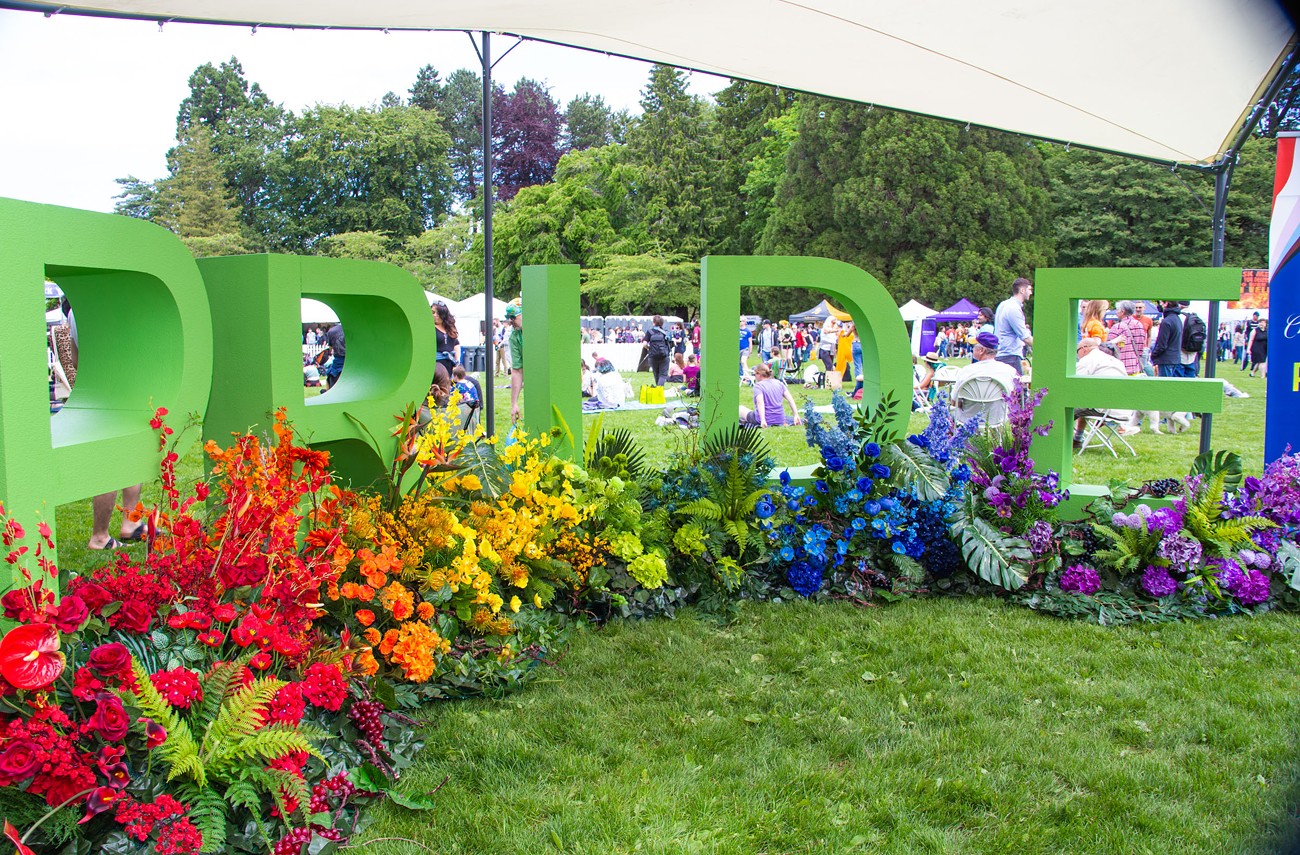 Pride in the Park looking appropriately colorful/floral. Matt Baume
Back to article

I doubt that there's a single silly queer in this town who has such delicate sensibilities they couldn't share pride marching with a fellow queer who just happens to be a cop proud who's proud to wear their uniform.

The Pride Board of Directors don't understand the meaning of the word.

1, Having spent the weekend among Americans stuffing their giant pickups (festooned with "Fuck Inslee" and "Let's Go Brandon" stickers) with $5/gallon gas to haul boats and trailers and ORVs hundreds of miles across WA, I wonder: if Americans don't actually live lives of abundance, who does?

So I guess there won't be any Village People cosplayers at Pride.

Could you imagine the Village People today?

Sorry they are all cancelled. Lol.

You don’t have to imagine anything, you can visit their wiki page and see the current lineup for yourself

Why do I feel the stranger would react with righteous anger if something happened at the parade - “wHeRe WeRe ThE cOpS???!!!”

So disappointed that the usual grumps have to chime in with disparaging bigoted bloviating digs about such a trivial little point (certainly not an ‘issue’).
So many of you just have NOTHING else to do?
Aren’t you going to kick the dog too?
I dare you: say something nice, sincerely nice, about a LGBQT person.
Are you too fossilized to do it?

@8: Not offended, just the cultural icon jests made in @4 are orthogonal to the actual biographies of the members of the Village People.

Inviting cops to come to pride but asking them not to where a uniform is very petty bullshit. People who are traumatized by the uniform need to grow some thicker skin if they are going to make it in this world.

I’m a cis het male who thinks that love is love. I think it is absolutely abhorrent that the Christian Right vilifies people because of their orientation or gender identity.

I also think the performative posturing by the Seattle Pride Board of Directors is not only ridiculous but counterproductive.

Don’t we want a police force that reflects the residents of Seattle? Why can’t a cop be both proud of being LGBTQ and being a cop?

So yea I made the Village People cosplay snark. It doesn’t make me a bigot.

11 ok. I was curious about their line up bc I know they still toured so I looked it up. Tbh i thought they would have dropped the native by now but then I remembered that cancel culture isn’t real.

@15 I'm also amazed they still tour.
Are they on the same nostalgia circuit as the Ohio Players and KC and the Sunshine Band playing street fairs and the like?

But those shows are a whole lot more fun than the nostalgia circuit with Steve Miller and all the Zeppelin cover bands..

Bet!, I Bet those show are more fun!

Damn autocorrect and weren't we supposed to get a better commenting platform. One were you could at least correct typos!

"The board of directors is just “asking any police officers marching in the parade to do so out of uniform,”....."
Really stupid & discriminatory: What would the directors say if the city asked Gay people marching in ANY city parade to refrain from any flaming look or demeanor. Not to mention that if a gay cop has enough pride & guts to march, in uniform, in the Pride Parade, you'd think the gay community would want to build the guy his own float to publicize the fact that even police officers are subject to ALL the HUMAN conditions.
Like all (racial, sexual, gender) this 'I'm offended' nonsense.....no one likes authority, esp when it's directed at us for something we did or esp who we are. But there is no alternative in life but to respect & comply with authority. Treating ANYONE like second class citizens, including police officers, is counter productive. Again I remind of the Latin phrase, "Quis custodiet ipsos custodes?". The Romans & even people before them knew that authority is a pain in the ass & tends toward excess. But the only solution is eternal vigilance, not rebellion.

@10, yeah, and I can't put my finger on exactly what's wrong. This new format just looks all bland and lacking in texture. It all just runs together & nothing stands out.

The Violence Project has amassed and analyzed data on mass shootings in these United States. Among their evidence-based findings and recommendations:

Second, the shooter often attempts to get help before committing the atrocity. Look for the signs.

Third, the shooter often accesses or creates an arsenal. Lock up your guns.

Finally, take up the GOP/NRA's point, it's not the guns, it's the shooters. Fine, now let's get some serious federal money going to identify and help potential shooters, keep them away from weapons, and get them help.

I don't think anyone ever promised us a new comments engine, did they?

And I doubt it would be worth the investment; the only people who use SLOG comments now are about a dozen fading Gen Xers who're too old for Twitter but not quite old enough for the retirement home just yet.

And yes, that would include me, too.

I thought it was in Chases New Years post.

40 characters? There's your dumbing down of discourse. No wonder Trump found it so lucrative.

I mean I get it. Like, me too. But let's not lie to ourselves about it, eh?

one should
Always wave Back

"People who are traumatized by the uniform need to grow some thicker skin if they are going to make it in this world." --@13

which is why
God Invented
The Nightstick

18 Yes, i assume they are a part of the retro disco festivals that do the casino/winery circuit. Pretty incredible to think 1 or 2 hit songs can sustain a career for a half-century or more.

The virtue signaling around allowing gay cops to participate is ridiculous and offensive. We fought for years to have a police force that is representative of the community including LGBTQIA+. Now we have that and are turning our backs on them. The illiberal left is the new tea party.

@29 The SPD is around 75% white, 10 points higher than the city's population. It's also about 85% male. The department does not report what percentage of its employees are lgbtq.

I thought they
had that Shit
Confined to
Ubiquity.

The quality of mercy is not strained.
It droppeth as the gentle rain from heaven
Upon the place beneath. It is twice blest:
It blesseth him that gives and him that takes.
'Tis mightiest in the mightiest; it becomes
The thronèd monarch better than his crown.
His scepter shows the force of temporal power,
The attribute to awe and majesty
Wherein doth sit the dread and fear of kings;
But mercy is above this sceptered sway.
It is enthronèd in the hearts of kings;
It is an attribute to God Himself;
And earthly power doth then show likest God's
When mercy seasons justice. Therefore, Jew,
Though justice be thy plea, consider this:
That in the course of justice none of us
Should see salvation. We do pray for mercy,
And that same prayer doth teach us all to render
The deeds of mercy. - Some guy named Willie. 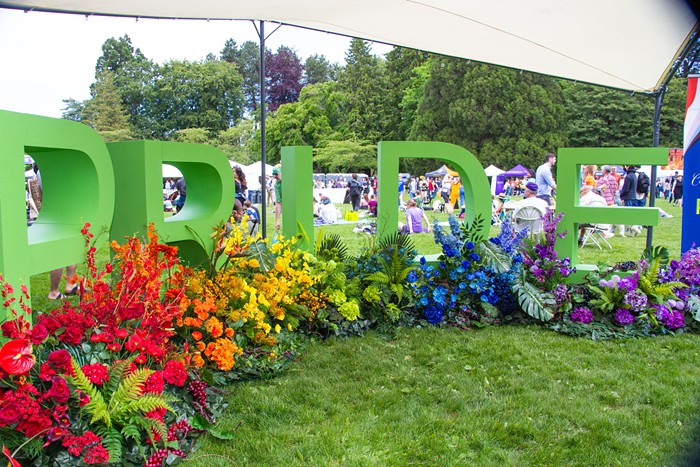