This shit should be free. Anna Efetova/Getty

It's primary election time in four states: The juiciest showdowns will happen in South Carolina and Nevada. In the Palmetto State, two House Republicans are facing off against Trump-backed opponents (Rep. Tom Rice surprisingly voted to impeach the former president last year, which put an orange target on his back). And in Nevada, those wily GOP fuckers are trying to flip the state's House seats red, with three of the four races being rated as tossups, reports the New York Times. Also up for grabs are a Senate seat and the governorship, NBD.

Make no mistake: The Democrats are thoroughly screwed come November. Turns out doing diddly squat for your constituents doesn't keep your ass in control of Congress.

And just as a reminder: The great state of Washington will hold its primary for the 2022 midterms on August 2. Currently, the Stranger Election Control Board is in the process of grilling the shit out of candidates on issues like housing, taxing the rich, and transportation. Keep an eye out for our endorsements, which will drop around the time ballots get mailed on July 15. If you're not registered to vote, what are you waiting for?

No James Beard Awards for you: None of the talented Seattle chefs nominated for "the Oscars of the food industry" won the prestigious prize. But you should dine at their restaurants anyway.

The kids are all right: After weeks of protesting Seattle Pacific University's homophobic employment policies, around 50 graduating SPU seniors decided to stick it to the board of trustees during commencement. Instead of shaking the college president's hand, they gave him a Pride flag with one hand and took their degree with another. "We just wanted to have a very visual display at graduation of how our community is still continuing to fight against these policies at SPU," student Chloe Guillot told KING 5. The students are planning to continue their sit-in protest outside the president's office until July 1. Solidarity.

Love this direct action that students at Seattle Pacific took at graduation to protest the president being homophobic. pic.twitter.com/PpRGS0UtBx

This Is the Worst Possible News: Joker 2 will be a musical.

This Is the Worst Possible News, Part 2: Amazon is now ready to start delivering packages by drone this year, reports KOMO. The unlucky residents of Lockeford, CA will be the guinea pigs for this mechanical carrier pigeon program. Can't wait for these things to drop my non-recyclable package of iPhone cords in the middle of a busy street. This wasn't the future I wanted!

An update on the men who went missing in the Amazon: Two bodies have been found in the search for British journalist Dom Phillips and Brazilian indigenous expert Bruno Pereira, reports CBS News. Though Brazilian police deny the report, Phillips's niece claims that relatives are waiting on confirmation the remains belong to Phillips and Pereira. The two have been missing for more than a week in the Javari Valley region, with The Guardian reporting that the human remains were found tied to a tree. Brazilian President Jair Bolsonaro said he suspects foul play because "human innards were found floating in the river," which experts are now DNA-testing.

Here we go again: Scotland is about to kick off another independence campaign.

Another slap in the face for anyone who gets their period: Not only are tampons not tax exempt, but now they are in short supply—and they are expensive as hell. Material and fuel costs have led to a tampon shortage, which started sometime in the early spring. Prices for the product soared 10 percent. In the Washington Post, Walgreens acknowledged there were "temporary" shortages in certain areas, but Tampax-maker Procter & Gamble said they were working on increasing their supply. If there were ever a moment to get into a menstrual cup, it seems now would be the time.

But, in general, shit is hella expensive: Wholesale prices in the U.S. rose 10.8% over the last year and 0.8% this month. Humanity is truly in its flop era.

And the climate: It's changing. Montana has seen huge amounts of rain and a rapidly melting snow pack, which triggered floods and the dramatic swelling of the Yellowstone River. Parts of the national park had to be evacuated due to flooding, with one house collapsing into the river. According to NBC, "numerous" structures were destroyed in the historic rains, though no injuries have been reported. Yellowstone closed the park indefinitely as they assess the damage this extreme weather wrought on the preserve.

Video near Yellowstone National Park shows a house falling into the raging Yellowstone River on Monday.

Heavy rain and melting snow have caused flooding, damage and triggered evacuations in and around the park. https://t.co/aSUy3KQD9C pic.twitter.com/QPudzkm1aj

The January 6 committee is postponing today's hearing: Dem Rep. Zoe Lofgreen told CNN that the postponement was due to technical issues and "not a big deal."

King County child care workers, listen up: Yesterday, County Exec. Dow Constantine and Mayor Bruce Harrell announced a one-time retention bonus for child care workers for their labor during the pandemic, reports KING 5. All eligible applicants will get their payment from a pool of $7.4 million, with applications closing on June 27. Find out how to get that ca$h here.

In today's Big Brain Report: A woman got HPV during car sex, and now GEICO might have to pay her $5.2 million on an auto injury claim. I mean, that talking gecko seems like he'd be cool with it?

For your listening and viewing pleasure: Mugler's Spring Summer 2022 Film. 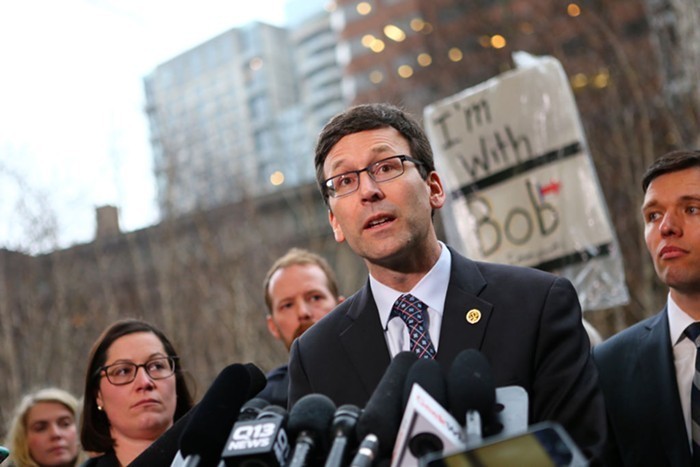 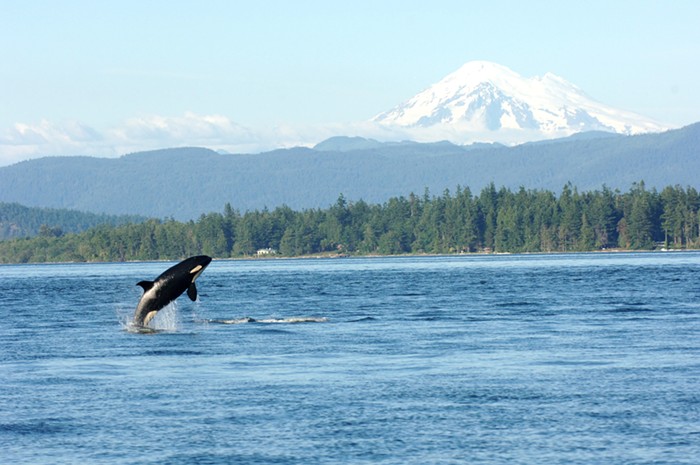 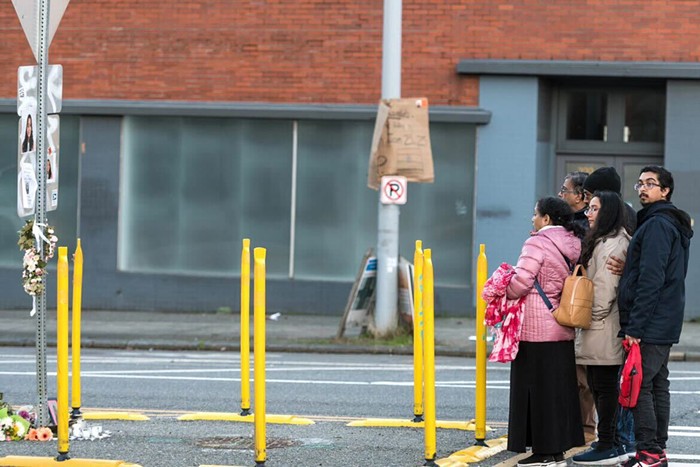 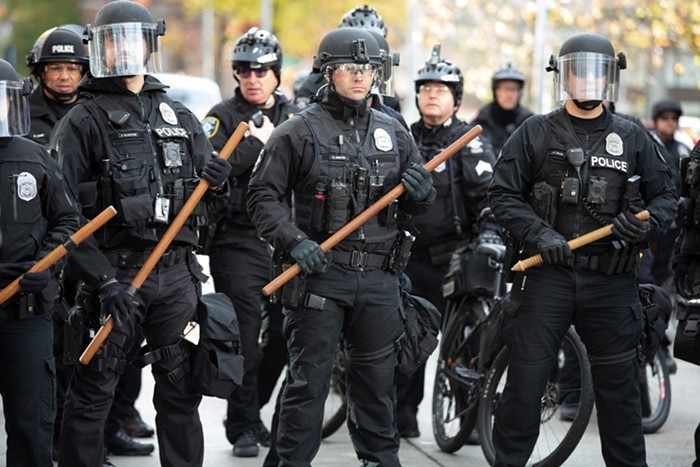