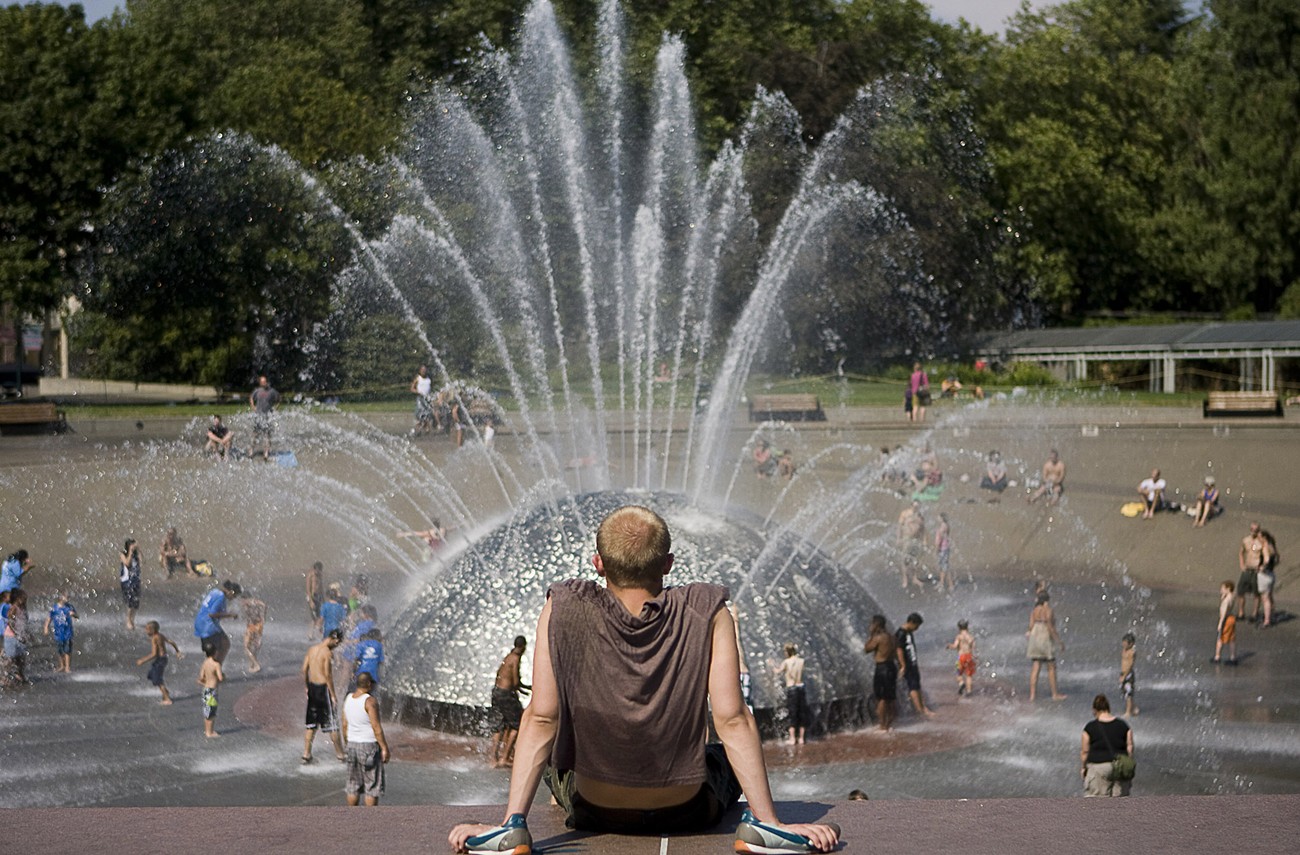 Ahhhhh....summer....This picture is from 2009, but cooling off at the International Fountain is a time-honored Seattle tradition.... Stephen Brashear/Getty Images

Happy Summer Solstice, everyone: Our lack of spring certainly dampened my summer mood, but things are only looking up from here. I hope you take advantage of the longest day of the year by making daisy chains and drinking Dirty Shirleys and sewing a picnic blanket. We are getting almost 16 hours of daylight with the sun officially setting at 9:11 pm. Make it count!!!!!!

It’ll feel like it too, with highs in the mid 70s. Enjoy!

This season at light rail stops in Rainier Valley: The Link will run at 20-minute intervals for several weeks this summer so that crews can fix cracked, reports the Seattle Times. Sound Transit originally announced that all light rail stops would have reduced service, but, after some harsh feedback from train riders, the agency is taking efforts to keep trains running at 10-minute intervals at all stations north of Stadium.

Two people shot and killed in Wallingford last night: According to Seattle police, the shooting went down across the street from Meridian Playground, reports KING 5. The cops say they don't know what led to the shooting, nor have they released any information about the suspects.

The Duke Ellington School theater won't be named for Dave Chappelle after all: The students have been protesting this name-change ever since the release of Chappelle's Netflix special, The Closer, where he made transphobic jokes. Instead, reports WaPo, Chappelle will name the theater...urm...the Theater for Artistic Freedom and Expression. Boooo, what an awful name. “These kids didn’t understand that they were instruments of oppression," the comedian—who is worth around $60 million—said during the naming ceremony. Crying real tears over here, Dave!

Another day, another closure: Last week, Schmaltzy's Delicatessen announced that they will close, reports MyBallard. "The economic metrics that we built our business model on no longer exist due to the pandemic and its lasting effects on our economy, costs, and labor," the restaurant wrote on an IG post announcing the news. You have until July 3 to try their latke sandwich!

Are you following this Twitter account yet? crazy ass moments in american politics is just as advertised. We've been through too much.

The US recruits dolphins for the military and CIA. (1960s—today) pic.twitter.com/iE7vI15bv2

The inquest into the death of Charleena Lyles begins today: Five years after two Seattle cops killed the pregnant 30-year-old Black mother by shooting her seven times, a seven-member coroner's jury will conduct "a long-promised airing of the who, what, why, and how surrounding her controversial killing," reports the Seattle Times. If you're interested in watch the proceedings, you can tune into the Zoom livestream, which starts at 9 am this morning.

Russian journalist Dmitri A. Muratov sells his Nobel medal for $103.5 million: The proceeds from the auction will go to UNICEF to aid Ukrainian refugees who have been displaced by Russia's invasion, reports the New York Times. He told the paper "he was inspired to auction the award he won last year by the Danish physicist Niels Bohr, who sold his medal to help civilian relief in Finland following the Soviet invasion of that country in 1939."

No, this is not a joke: Triumph The Insult Comic Dog was arrested at the U.S. Capitol last week. Yes, it was a misunderstanding.

Speaking of the U.S. Capitol...Today, the January 6 House committee is primed to hear from election workers and officials who resisted the pressure from the former president to overturn the results in his favor, reports AP. Among those testifying today is Georgia Secretary of State Brad Raffensperger, who will speak about a phone call he received from Trump demanding that he "find 11,780" votes. Joining him are other key witnesses, GA Deputy Secretary of State Gabe Sterling and Arizona state House Speaker Rusty Bowers. Should be thrilling.

Your Slog AM moment of zen: No thoughts, no feelings, just a giant stingray.

New Supreme Court ruling just dropped: Surprise! It sucks! The highest court in the land ruled that Maine cannot exclude religious schools from its state tuition program, reports the New York Times. The three liberal justices dissented, with the final vote being 6-3. Meanwhile, we're all sitting ducks just waiting for the Roe v. Wade anvil to drop. WaPo checked in on the state of reproductive rights in Texas 10 months after their abortion ban went into effect. No surprise—it's grim as fuck.

Ok, this seems like some sort of Biblical tale where man ultimately ends up getting whooped by nature: A Washington State University research team is working on drones that can be used by vineyards to scare away pesky, grape-eating birds, reports KING 5. Specifically, starlings and blackbirds that like to nibble whole grapes. Early on, the team observed a 50% reduction in damaged fruit, but they are still years away from commercial use of these mechanical manmade birds.

The gays won this one: The esteemed Pope of Trash is finally getting his star on the Hollywood Walk of Fame. Next year, John Waters and several other celebrities will get their name immortalized forever on that hot slab of concrete on L.A.'s Hollywood Boulevard. Happy Pride.

For your listening pleasure: Beyoncé's "BREAK MY SOUL." 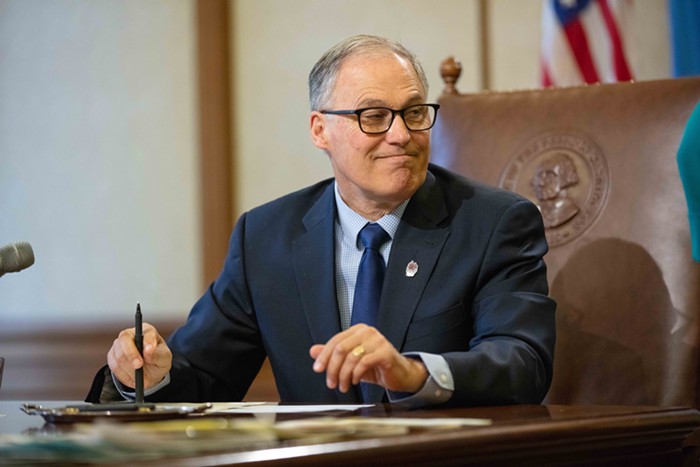 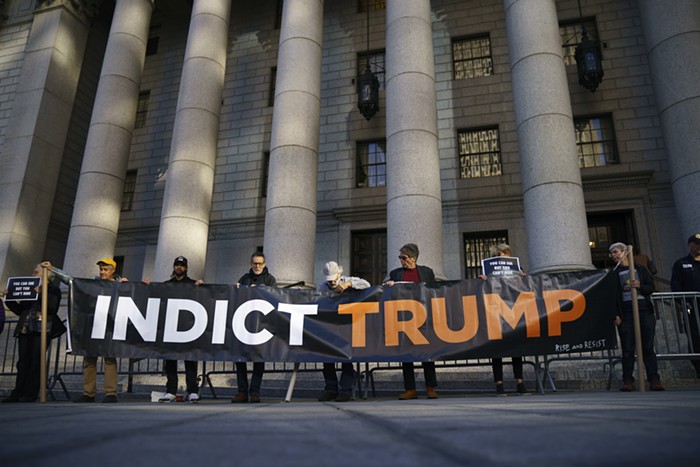