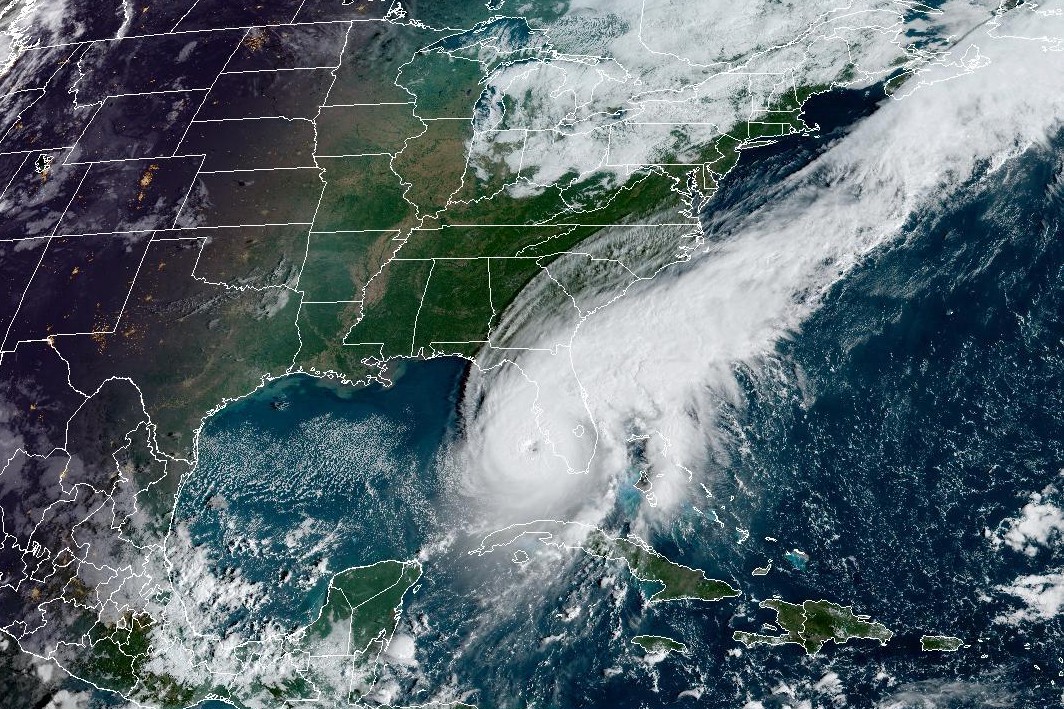 Underneath those clouds are more than 2.5 million people who officials ordered to evacuate their homes. Handout | Getty

This storm isn't fucking around: Hurricane Ian likely made landfall in Florida by the time you're reading this, bringing 155 mph winds and a storm surge of up to 18 feet of water that belongs in the Gulf of Mexico onto the state's western coast. More than 2.5 million people were under evacuation orders as of this morning, and hospitals transferred patients to facilities further inland as disaster management officials prepared for widespread flooding that could knock out electricity for several days.

Budget Szn continues: In case you missed Hannah's breakdown of Mayor Harrell's budget proposal, check out all the ways he stiffed progressives here. But Harrell wasn't the only preening politician to release a budget proposal yesterday. King County Executive Dow Constantine joined the fiscal nerd party and put out his wish list for how to spend the County's $15.8 billion two-year budget. Highlights include $220 million to convert Metro's bus fleet to all electric vehicles by 2035 and $96 million towards the King County Regional Homelessness Authority.

Nikkita just can't quit Seattle politics: And we're better off for their continued interest. Of the many objectionable choices in Harrell's budget, joining Portland police mayor Ted Wheeler in proposing funding for a trendy-sounding piece of cop tech that probably won't work as advertised and that could lead to more high-tension interactions between the cops and communities of color seems like the worst.

Nothing to see here: Just a totally normal headline in the Seattle Times: "Seattle-area home prices take biggest monthly tumble since 2009." We're not necessarily headed to a doom spiral of a second Great Recession, since year-over-year housing prices are still increasing, but this could be another warning sign of the Fed's interest rate hikes bringing on a small "r" recession in the quest to kill inflation at all costs.

Periodic reminder the pandemic is still with us: I can't believe I'm agreeing with someone who works in PR for Mark Zuckerberg, but for fuck's sake get the shot already. The Department of Health has a handy locator tool to make it easy.

Haven’t said this in a while but, like, get vaccinated?!!! pic.twitter.com/SdnWmYUwZI

Even Canada is giving up on COVID: Starting next month, they'll let the unvaccinated masses enter the country again. They're also dropping mask mandates for mass transit starting on October 1.

What world is Fox News broadcasting from? After suggesting without evidence that the US is somehow responsible for sabotaging Russia's gas pipelines to Europe, Tucker Carlson proceeded to fantasize about ways Putin might retaliate. At this point, I'm convinced the propaganda bubble the American far-right has built for itself has gotten so disconnected from reality that they've slipped into an alternate universe.

After suggesting the US blew up the pipelines, Tucker starts listing possible options for the Russian retaliation pic.twitter.com/XvmHolSSg4

Speaking of Russia: In the world of real news, Putin is moving forward with his plan to annex parts of Ukraine via what he calls a "voter referendum." He had armed troops go door-to-door to collect fake ballots to provide the thinnest possible veneer of legitimacy for the land grab. No one is buying his cover story, and Ukraine has called on its Western allies to respond to the illegal annexation with additional sanctions.

Idaho takes next step down slippery slope of abortion prohibitions: Reproductive health care advocates warned that the logical next step after banning abortion would be for the religious extremists to come after birth control. Well, they were right.

University of Idaho employees were warned Friday that they could be charged with a felony for talking about abortion, because of the state’s new abortion law.

They were also told *they could no longer provide birth control.*

Not just Plan B, but regular birth control. pic.twitter.com/qHJoDRzMc2

More predictably terrible abortion news: In Ohio, abortion providers filed affidavits in an ongoing lawsuit to stop the state's draconian abortion ban. The affidavits attest to two incidents where minors who survived sexual assault were forced to leave the state to avoid having their rapists' babies. These examples follow the now-infamous case of a 10-year-old from Columbus who had to flee to Indiana for an abortion to terminate a pregnancy caused by rape. Great country we've got here, folks.

Amazon makes advancements in automation: A new prototype for a robotic replacement for the e-commerce giant's warehouse workers can sort up to 1,000 items per hour, according to Vox. The move to increase its investments in automation for its warehouses comes as the company faces increasingly successful efforts by its human workers to unionize and demand better wages and working conditions. No word yet on whether the warehouse robots are OK with having to pee in water bottles to avoid getting fired for taking a bathroom break on the clock.

Texas's top cop on the lam: Yesterday, Texas's Attorney General Ken Paxton ducked a process server attempting to serve him with a subpoena in an ongoing lawsuit over his enforcement of the state's abortion ban. While a federal judge ended up quashing the order for Paxton to testify, the AG had a complete meltdown in response to media coverage of the incident. He issued a statement conflicting with the process server's sworn affidavit describing the incident, who said he loudly identified himself as bearing court documents for the AG as the law enforcement official scurried away into his wife's waiting truck.

Ugh, really? Some dorks with law degrees have filed a lawsuit aiming to block President Biden's modest student loan debt cancellation policy. They claim the loan forgiveness would force their plaintiff in Indiana to pay taxes on the forgiven debt that he wouldn't otherwise owe if he got rid of the loans through the Public Service Loan Forgiveness program. Of course, the lawmakers in Indiana could fix this issue by not taxing the loan forgiveness, as Congress has done, but that would require red state politicians to actually care about working people.

Let's end AM on a high note: It's been a bummer of a news cycle this morning, so cleanse your mental palate with this relic of my childhood, when all I understood about hurricanes was time off from school and the chance to parasail down my street on a skateboard using a Hefty trash bag to capture the gusty winds. 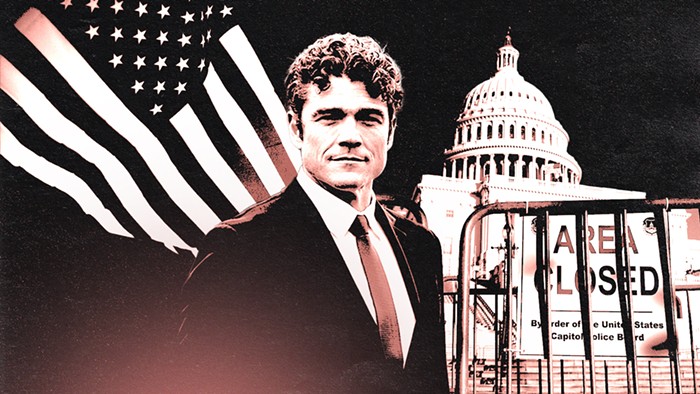