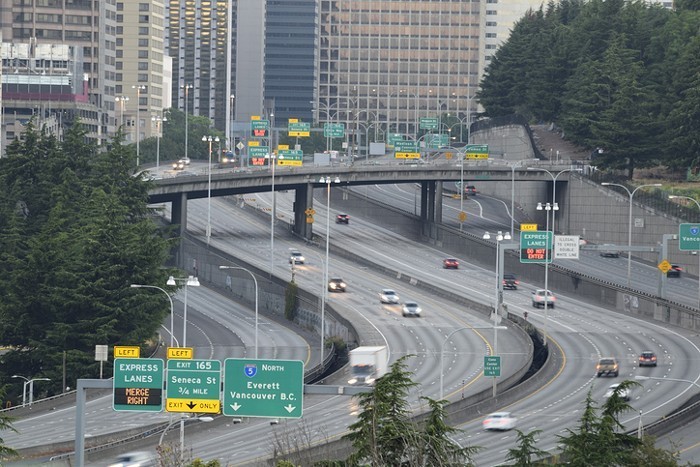 And THAT, my friends, is some good ol' Seattle urban planning. ELIZABETH LARA / GETTY IMAGES

Terry stop: Today, the Washington State Supreme Court ruled that, actually, race and ethnicity do matter when cops interact with people. Now, courts must consider the race and ethnicity of a seized person when determining the legality of a police seizure. The Seattle Times has the full story.

Rain, rain, go away: For a moment, I thought we had finally reached summer. I didn’t so much as look at a jacket yesterday, but today we have a huge downpour. Disappointing.

But it’s still June, I swear: Even if the weather won’t cooperate, we can still have a good time this month! Here’s the South Seattle Emerald’s guide for celebrating Juneteenth in the South End.

ICYMI: Speaking of guides, Pro-Choice Washington wrote a guide on how to talk about abortion and abortion access. When the Supreme Court makes the call (and it’s coming), prepare yourself to have good, productive conversations without making weird, inaccurate comparisons to Shariah law!

Day 1 of the Jan 6 hearing aired this evening:

🚨 Tune in now to watch the #January6th hearing LIVE! 🚨

The Select Committee will present our initial findings to the American public and reveal never-before-seen materials. https://t.co/a2LBqLiJ93


A city united: The West Seattle Bridge could FINALLY reopen as soon as September 12. This is your reminder that the delay was NOT the fault of the workers — they literally built you a bridge, and some of y'all will still complain. The delay happened because bosses did not value the workers' labor appropriately. The bosses had the power to keep the project on schedule, but they failed. Bye.

Three Black women compensated for alleged racism and sexism: Three Pierce County Jail employees filed a lawsuit accusing the Pierce County Sheriff's Department of pervasive sexism and racism. The county gave the women a settlement of over $1 million to resolve the lawsuit.

Questions that keep me up at night: A very important article by the Seattle Times asks a very important question: What happens when a 900,000-pound drill hits a 10-foot-tall boulder 70 feet below Seattle? NOT CLICKBAIT.

Mark your calendars: The 2022 primary is coming up. I know. It feels like just yesterday you evil people in the comments were calling me obscenities for writing Sawant “propaganda” during her recall election. Good times. I’m sure we will have a similarly toxic relationship in this election cycle. Anyway, if you know nothing about the King County Prosecutor race, read this and then tune into the MLK labor candidate forum.

This event is in-person at the new Labor Temple open to all working people. pic.twitter.com/a1YguVDFKp

Gold Bar on the move: Gold Bar is moving from South Lake Union to Capitol Hill. This bar is Tech Bro friendly, but Capitol Hill Seattle Blog has convinced me to reconsider my biases.

ACAB: A Grand Rapids, Michigan Killer-cop, Christopher Schurr, got charged with second-degree murder for shooting Patrick Lyoya in the back of the head during a traffic stop.

In other Grand Rapids news: A Trumpster Republican candidate for Michigan Governor got charged with misdemeanors for partaking in that quaint coup attempt last January. Honestly, it might be a good selling point for his base.

When will this end? A guy with a gun in Western Maryland decided to end the lives of three people today. According to the AP, he opened fire at a business.

Uh oh: We’re running out of sriracha. No, not just in your fridge. THE WORLD’S FRIDGE. Here’s what you need to know about the sriracha shortage.

Alien hunters: NASA is forming a new team to examine unidentified flying objects, more commonly known by nutjobs like you as “UFOs.”

Before I go, I wanted to share this music festival with a GREAT lineup but an unfortunate name, omg. But also, I would love a linguist to explain to me why I feel like no one says Corona anymore? Like did we all just internalize that there are many coronaviruses really well? That feels a little optimistic. 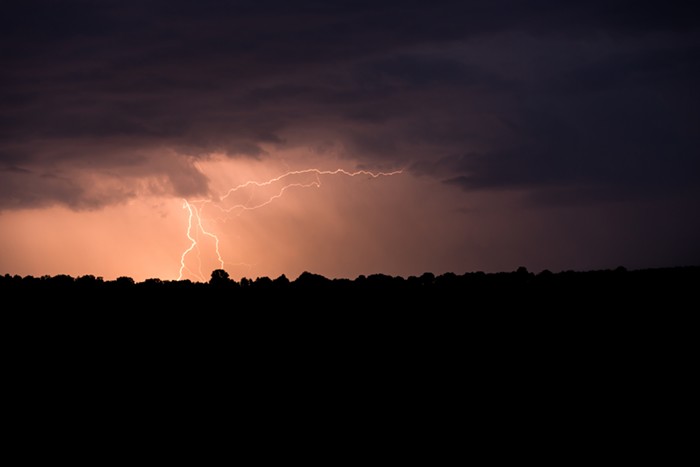 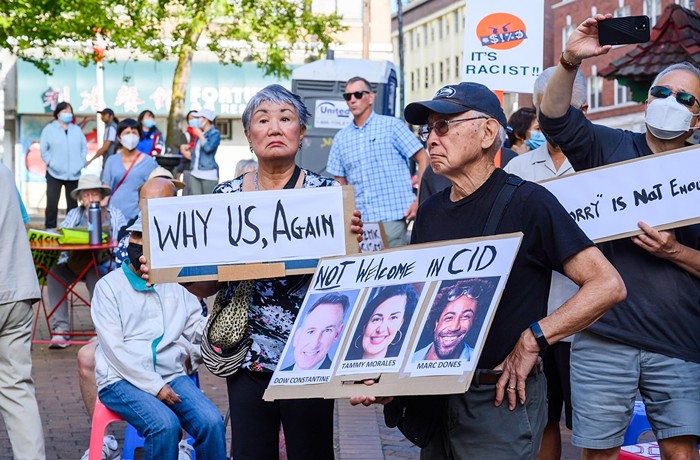