The Return of Youth Pastor Watch

2
Is there anyone who can point me to a number of total assaults on children by priests (pastors, youth pastors, etc)? It seems to me that that ever-growing number should be included everywhere these issues come up. Especially because trans people have an equivalent count of of ZERO.
Purocuyu on April 29, 2016 at 11:05 AM Report this
3
I don't want to be misinterpreted as defending bigots here, but I think we mischaracterize their arguments when they talk about men entering women's bathrooms with perverse intent.

The less overt bigots at least are not saying that trans women are threatening children in bathrooms (granted that many not accept the existence of transgender as a phenomenon). They're ginning up fear of non-trans predators entering bathrooms and either claiming protection under laws and policies meant to protect trans people, or just relying on those policies to keep anyone from being suspicious of or complaining about them.

It's bullshit of course– it's not like there's a horde of molesters who were just waiting for trans-friendly policies in order to start invading our restrooms. Anyone willing to do that is already doing it, and if they get caught it's going to be for doing whatever perverted thing they went in there for, not for using the facilities as they were meant to be. But I think we need to answer this part of the fear or else we risk allowing it to fester, Prop 8-style.

I read an article that said the reason these stupid trans laws were being passed was a kneejerk response to laws being passed that protected trans people. So someone did a search and found that there was indeed a case of a man dressing as a woman in order to infiltrate a woman's public bathroom. And this instance PREDATED the trans protection laws by months.

Changing the topic a bit --

I've been wanting to tell this story for weeks now: in the late 1970s, I was on a date with a guy I didn't know well -- we had met at a bar the previous week. We met for a meal in a nice restaurant. I went to the bathroom mid-date. I was sitting on the toilet when I realized that he had come into the bathroom, was in the next stall, and was peering down at me. He ducked down as I looked up, but it was him. I was 99% sure.

I was young. It was a different time. I went back out to the table. We sat awkwardly for a few more moments, and then I left. Without confronting him. We both knew I had seen him.

The topic really hasn't changed, though. If you are kinky/invasive/predatory, you don't need a wig to do it.
bareboards on April 29, 2016 at 11:57 AM Report this 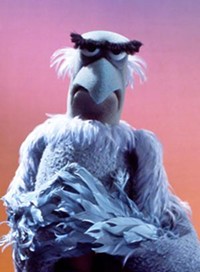 5
@3 - you have a point, but I'm afraid that there's no "answer" that the anti-trans forces would accept. But let's pretend...

a) If a non-trans, non-cross-dressed predator (redundant if you ask me) - (btw, let's go out on a limb here and say it's a man) - were to enter a women's restroom, there would be a hellish uproar. No one would buy their story of 'actually' being trans. If the bathroom were empty and they were just holed up in a stall, hoping for a kid to walk in, they could have done that anyway.

b) If a non-trans, cross-dressed predator were to try it, there would be some greater chance of success. However, this presumes the existence of an aggressive, methodical pedophile willing to dress in drag in public just to make an attempt at molestation under very chancy circumstances, when their chances would actually be better in many other scenarios.

But again, the dickheads opposing trans rights aren't actually going to listen to these or any other arguments. They'll just stick their hands over their ears and say "grown men! "Little girls!" "I can't hear you!"

Lance_Thrustwell on April 29, 2016 at 12:07 PM Report this
6
Hey Dan, trans urinator here.
Thanks for keeping up with trans issues as they are repeatedly used cynically during this election year.
As the bills passed in in NC and elsewhere show trans phobia is only a cover up for gender and sexuality related backwards laws.
We’re all in this together.

And as someone who was ritually mutilated while only few days old I’d like to extend my gratitude for mentioning blood libel to begin with, let alone during Passover:
https://en.wikipedia.org/wiki/Blood_libe…

CMDwannabe on April 29, 2016 at 12:31 PM Report this
7
I've said it before, and I'll say it again: the ONLY reason far-right conservatives rationalize that trans people using gender-appropriate restrooms is a threat (even though they've been doing this literally for as long as trans people and public restrooms have co-existed) is because they assume trans people think just like they do, and THEY think, "if I could get away with passing as a female and assaulting women in restrooms, then why wouldn't everybody try it?"
COMTE on April 29, 2016 at 1:01 PM Report this
8
CMTE @ 7
I suspect they know it's BS, but do so in order to "excite the base" and get more easily-manipulated voters to the polls in November.
It's very similar to the gay issues of 2004 and 2008, and if those are any indication than we’re likely to see more awareness and political gains to trans in the long run, despite the possible short term setbacks.
Just like what they say in Passover: the more you talk about it the better!

9
@8, Exactly. Now that the "threat" of gay marriage has been neutralized, they're moving on to another group of marginalized people to target as a wedge issue. I suspect we won't hear about these bathroom bills again after November.
blip on April 29, 2016 at 1:44 PM Report this
11
@8/9:

Oh, I don't dispute that at all; conservatives just can't function without some sort of latent bugbear upon which to focus their unbridled fear of anything and anyone that doesn't look, think, or act exactly like themselves. But, given their predilection for doing exactly the sorts of things they most vehemently denounce in others, I still believe a large part of their motivation derives from their assuming people are basically evil, and that, if given even the slightest opportunity, they will always do bad things, and that it is only the threat of a wrathful God throwing sinners into a pit of fire and brimstone for all eternity which prevents everyone from engaging in orgies of licentiousness and debauchery that would make the court of Caligula look like a tea party in comparison. But, of course, if you DO profess belief in their God, He'll always forgive you even the most heinous transgression, so it's all good. It's only those who DON'T believe in their invisible sky-daddy who are good and rightly fucked.
COMTE on April 29, 2016 at 3:14 PM Report this

12
Don't forget! These are the guys that were actually *convicted*. Considering what rape statistics are like (about what, 20% of rape trials result in convictions? And the number of rapes grossly exceeds the number of charges), it's likely a vanishingly small fraction of the number of actual rapes by youth pastors.

If that thought doesn't make you throw up in your mouth, you have no soul.
gromm on April 29, 2016 at 3:26 PM Report this
13
Always good to see another source for information like this. I run a Facebook page called Please READ that shares current news stories about theistic abuse of power in the United States. Naturally these include instances of child sex abuse.

Make no mistake, this is a quiet epidemic that the national media refuses to report on beyond the local level. By my estimation, PR has shared at least 20 stories pertaining to child sex abuse by priests, pastors, and youth pastors in the month of April alone. And those are just the news stories I'm aware of, so I'm always on the lookout for other sources that I could draw from to bring these stories to light.

Feel free to check out our FB page, and if Mr. Savage wishes he can share some of our stories here, because there are a LOT more.