2
I'm too old to have learned much about Pokemon the first time around either, but if you can make a gaming hobby incorporate fresh air, exercise, and any degree of social skills—win, win, win!
Dougsf on July 11, 2016 at 2:36 PM · Report this

3
"What else do you want to know? I'm an expert now!" ok... how does the company (Niantic, Inc.) ..go about 'placing' the pokemon (aka "poke(ct)_mon(sters)") around a locality? someone at the company is typing in longitude and latitude, perhaps? and/or what steps are they taking not to place one of these on the sound transit tracks?
theophrastus on July 11, 2016 at 3:35 PM · Report this

/sorry about stupid political rant
//a pokemon video game would be cool... this doesn't sound all that fun. you just wander around looking at your phone?
///although I guess that's how a lot of people already live their lives anyway...
Urgutha Forka on July 11, 2016 at 4:22 PM · Report this 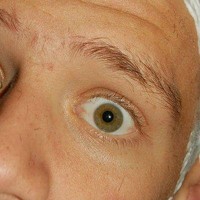 So, that's why a lot are outdated (they haven't been updated in a year at best), and why they're pretty random but are (or at least were) actual things - they're just spots that Ingress players thought would make a good portal. The guidelines leaned towards art/historical things, but there's plenty of other stuff that slipped through.
cincodenada on July 11, 2016 at 4:23 PM · Report this

But in any case, you only have to be within 50 meters or so (~150 freedom-feet™) to catch the little buggers, so you could rescue that poor Pidgey from the hypothetical Sound Transit tracks from a safe distance.
cincodenada on July 11, 2016 at 4:32 PM · Report this 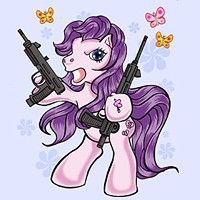 A good way to learn about the game is to just play it. it's not super hard to play.
CodyBolt on July 11, 2016 at 4:47 PM · Report this
10
"Everyone was very friendly and happy to answer my questions—starved for human interaction, you could even say."

Personally, I missed the boat on this whole craze years ago, but I plan to look into Ingress as a result of this. And as dougsf said, if it gets people outside, exercising and meeting their neighbors (I've been hearing great stories from others about this aspect in particular), it can't be all bad. Some people just need to get used to the changes it may require in their lifestyle.
Knat on July 11, 2016 at 5:03 PM · Report this

12
@7,8 thankee, that was educational. i'm stubbornly still unconvinced that someone attempting the "capture" of 'Poliwag' won't look up from their cell until on the train tracks of Carkeek park.
theophrastus on July 11, 2016 at 5:30 PM · Report this
13
how did you write that many words without mentioning ingress (the game pokemon go is based on) once?
Swearengen on July 11, 2016 at 6:00 PM · Report this
14
@12
There's no direct reason for it to be a risk - phone GPS is pretty wobbly (your character will sometimes run around if you stand in place), and the "interact with stuff" radius around your character is enough to cross a four lane city street. That said, humans are often lacking in judgement and, for example, there are actively contested gyms at the Pentagon and White House (presumably by people with clearance to be there) that might lure tourists into restricted areas. Your phone vibrates when a Pokemon is in range, so if you're actually on the move, there's no reason to be glued to the screen, and a 6-mile walking loop on First-Cap Hills hit enough stops to fill my character's bag, so it doesn't seem like there's a strong incentive to hit every single pokestop, so much as to use them to restock as you go and to use as lure points.

17
I dropped by the main quad of my uni at 10 tonight and it was full of people trying to catch 'Mon. I managed to snag an Eevee, so I'm happy.
venomlash on July 11, 2016 at 10:52 PM · Report this
18
FYI that the Ronald McDonald House is located right next to a Pokemon Go gym. If you're headed over here along the Burke Gilman Trail, the House is accepting donations of snack food items for their pantry which serves 80 families every day. More details: https://www.rmhcseattle.org/2016/07/12/g…
peacenpbcups on July 12, 2016 at 2:10 PM · Report this