by Charles Mudede and Cary Moon

1
'This' count = 33; Pet peave. However, this is a great series of articles, this is.
ejamadoodle on August 9, 2016 at 10:00 AM · Report this
2
I'm a bit skeptical that we are witnessing a new housing bubble. Locally, absolutely, and in SF, NYC, some other big cities, but across the vast majority of the country real estate is mostly a rather poor investment. That was real interesting info the other day about the financialization of rental housing though. Seems very likely that as we are once again seeing the global volume of fictional money swelling to science fictional proportions something is going to give, probably sooner rather than later.
Rhizome on August 9, 2016 at 11:20 AM · Report this 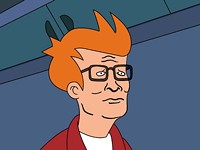 Considering how the 2008 implosion went down, it would seem many people in the financial sector don't know how how it works, either...
COMTE on August 9, 2016 at 3:24 PM · Report this

One nuanced point about this: If ALL money is created with the expectation of loan+interest/debt (and it is)... where does the extra money for the +interest/debt come from?

In recent history, this has been homeowners who lost their homes, because sure as shit the banks aren't going to lose their shirts (or jobs, or bonuses) and go bankrupt.

Debt also happens to be a handy way of keeping people in line. Who can protest in the streets if they have a mortgage to pay?
treacle on August 9, 2016 at 5:15 PM · Report this
12
I don't know all of what @6 found amusing, but I do know at least one part of it:

A more accurate picture is that private commercial banks create money out of thin air by creating a loan. Snap. It’s that simple.

This "money out of nothing" idea is the blaring klaxon that tells us the writer has no idea how the banking system works, why it works that way, or how it got to be that way through history. This very stupid idea is very popular, particularly on the political fringes-- right-wing "end-the fed" nutballs are every bit as fond of this idea as any communist.

Broader money-- money resulting from loans, does not "come out of nowhere." It is an equal pair of an asset (the loan principal) and a liability (the deposit) on the bank's balance sheet. No new currency comes into existence, it is simply an equally balanced pair of promises to pay.

And to suggest that broader money is something new, that it is what separates our current financial system from the George Bailey era, really is monstrously ignorant. Banks during that "golden age" of capitalism were fractional reserve banks. They expanded their balance sheets (and created broader money) routinely. And broader money is even older than that. It was commonplace in the earliest days of banking, when the primary instrument was the bill of exchange (loans retail businesses took out to buy goods, paid back in 90 days or so after selling the goods). The international currency at the time was gold. All banks were on the gold standard. And they were routinely creating broader money.

What has changed in the financial system is not this brand new invention of broader money. What has changed is that many sources of credit have emerged outside the banks (the eurodollar and petrodollar repo markets, for example). And these non-bank sources of credit (sometimes called "shadow banking," which doesn't help anyone) are outside the interbank settlement system used by the banks.

The modern interbank settlement system, in turn, is the place where the Federal Reserve could for a long time act to encourage banks to either contract their balance sheets or expand them (and contrary to what this article asserts, the Fed acted many times to contract balance sheets, reduce broader money, and tighten credit).

Finally, Charles is simply lying to you when he suggests that banking used to exist outside the economy. This should be obvious. What is true is that banking until quite recently was not included in the economic models Charles is familiar with. If Charles had ever taken an interest in finance before 2008, he wouldn't say such daft things, but he didn't. And he's certainly not alone there-- almost no leftists did, and very few centrist heterodox economists did, either.
robotslave on August 9, 2016 at 5:20 PM · Report this
13
I say this as a progressive who thinks rising rents are a problem for this city: this series of articles has been terrible. It's long on empty fear mongering, claims made without substantiation, and incoherence, while short on substantive analysis.
jedale on August 9, 2016 at 5:23 PM · Report this 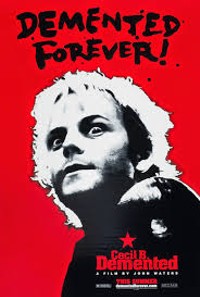 15
Okay. According to the Sightline Institute's media audit report of local reporting on Seattle's housing situation (including the Stranger), this part two also falls into the "crisis" (out of control) category:

Did Charles Mudede and Cary Moon break the rules for your pro-HALA suggested messaging, including: "Shift from crisis and conflict messages to a focus on people, a shared community challenge, and a unified vision for the city, including a commitment to racial and income diversity and expanded access to opportunity in all neighborhoods"?

Or did they break this HALA messaging rule: "Address anxiety and experiences of displacement with empathy and proactive solutions."?

Or maybe they broke these suggested messages:
"Paint vivid pictures of shared benefits and community opportunities...avoid supply and demand language; opt instead for messages that describe the housing shortage, such as building enough homes and plenty of housing..."

That's some impressive propaganda you got there. I'm glad it's out in the open so we can see where it's coming from. Wait. Where is that money coming from, really? Who is paying your bills?
jitterbalm on August 9, 2016 at 10:07 PM · Report this
17
You can complain about the rising cost of houses, or you can make a ton of money from them. Flip some houses and in no time, you'll have enough money to buy a house for yourself. Seattle is the best place to make money in real estate, but you can't make money if you don't participate.
Suivez L'Argent on August 9, 2016 at 10:16 PM · Report this
18
@17 Don't you think that it is a little dumb to start flipping houses if you do not have enough money to buy your own place to live?
And the point of the article is that people DO NOT have money at all.
How can you flip houses if you live from paycheck to paycheck????
umka_knut on August 10, 2016 at 8:22 AM · Report this
19
I love how the author brings up It's a Wonderful Life (Part Two). Anyone know what the percentage of homeowners in 1946 was? 45% And what are we complaining about today? 65%. Seattle and San Francisco are unusual markets, but it in no way points to a serfdom. Nearly anyone in the U.S. who wants to purchase their own home can do so. We have lots of real financial problems in the U.S., but affordable housing isn't even in the top 5. How about national debt? Household debt? Skyrocketing entertainment budgets? Diminished savings accounts? Or, here's a radical thought, why don't more families live with three generations in one home? This is common in many countries around the world.

One more... our huge trade imbalance is what creates the opportunity for wealthy Chinese to buy high-priced homes in Seattle. Is that a housing problem, or a shopping problem? People want cry about affordable housing, but they don't want to stop shopping at for cheap imported products. This isn't a Wall Street problem, this is a Walmart problem.
Whatevermuch on August 11, 2016 at 11:03 AM · Report this