1
I had so much "What?" in reaction to the summary provided. Forgive me if I'm misreading your tone, Ansel, but this post seems to be written with a chip on your shoulder, ready to dismiss everything Clinton had to say before you'd read a word, unless Hillary unhinged her jaw and ate all of them (or at least O'Toole).

Clinton, presumably prompted by the letter she received from this group, requested to meet the heads of eight police departments to a meeting in New York. She gave a 4-minute introduction, explaining in broad terms what she sees as the path that needs to be taken to make improvements in police/community relationships. Then she spent the rest of the time listening and asking questions.

In four minutes, do you believe she could adequately discuss police killings, racism in the criminal justice system, or the Black Lives Matter movement? You don't think this would require just a bit more context and nuance than one can cover in 240 seconds? Or would you have preferred that she spent more time in the meeting pontificating, instead of listening to the officers visiting from the other side of the country?

The phrases referring to remaining "clear eyed about the challenges we face" and how they "cannot ignore them, and must not inflame [those challenges]" seem to be about as close as one can come to politely pointing out that the police share some measure of blame, without Clinton outright blaming her guests. Despite this polite chastising, Bratton said he supports Clinton, because she "has a lot of experience [relating to law enforcement] and a lot of great ideas."

2
I bet she will be arresting #crookedhillary. Hannity exposed hot new allegations about her pay for play scheme with the Clinton Foundation, and Comey left the door wide open for an indictment over her home brew server, so I see this as a very positive development.

Trump has more ammunition than ever to go after her, and turn this election around. I suspect he's been doing a little rope a dope, and once September and October come around, he's going to crush it. In fact, Kirby Wilbur reminded me of a very important fact this morning - Reagan trailed Carter by as many as 25 points!
Lord Basil on August 19, 2016 at 7:41 AM · Report this 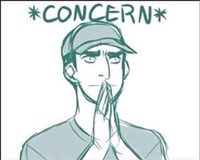 6
@2 wow that's an amazing amount of delusion even for a Trumphead.
JonnoN on August 19, 2016 at 9:17 AM · Report this
7
In case you don't feel like taking Ansel's word about Hillary's position on police reform: